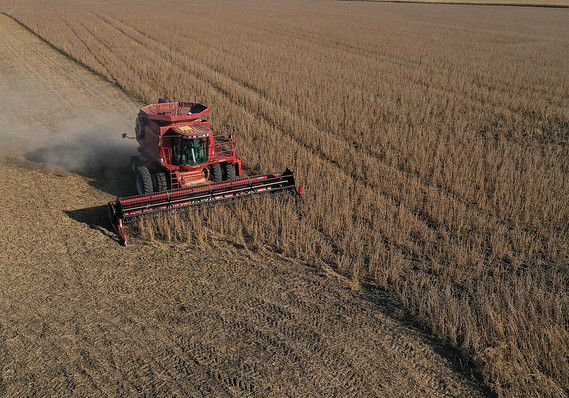 An aerial view from a drone shows a combine being used to harvest the soybeans in a field at the Bardole & Son’s Ltd farm on October 14, 2019 in Rippey, Iowa.

Despite a Chinese promise to buy more U.S. farm products, questions remain over how much, the time frame for purchases, and what the U.S. might have to give in return.

Beijing is pushing the U.S. to drop plans to impose new 15% tariffs on $156 billion in consumer goods starting Dec. 15 and could use the farm purchases as leverage.

Chinese negotiators continue to say purchases must be based on actual demand and at fair-market prices, according to people briefed by the matter. The roughly $50 billion in farm products touted by President Trump is far beyond what China has historically spent and would likely require Beijing to lean heavily on its state-owned firms to accomplish.

An expanded version of this story is available at WSJ.com