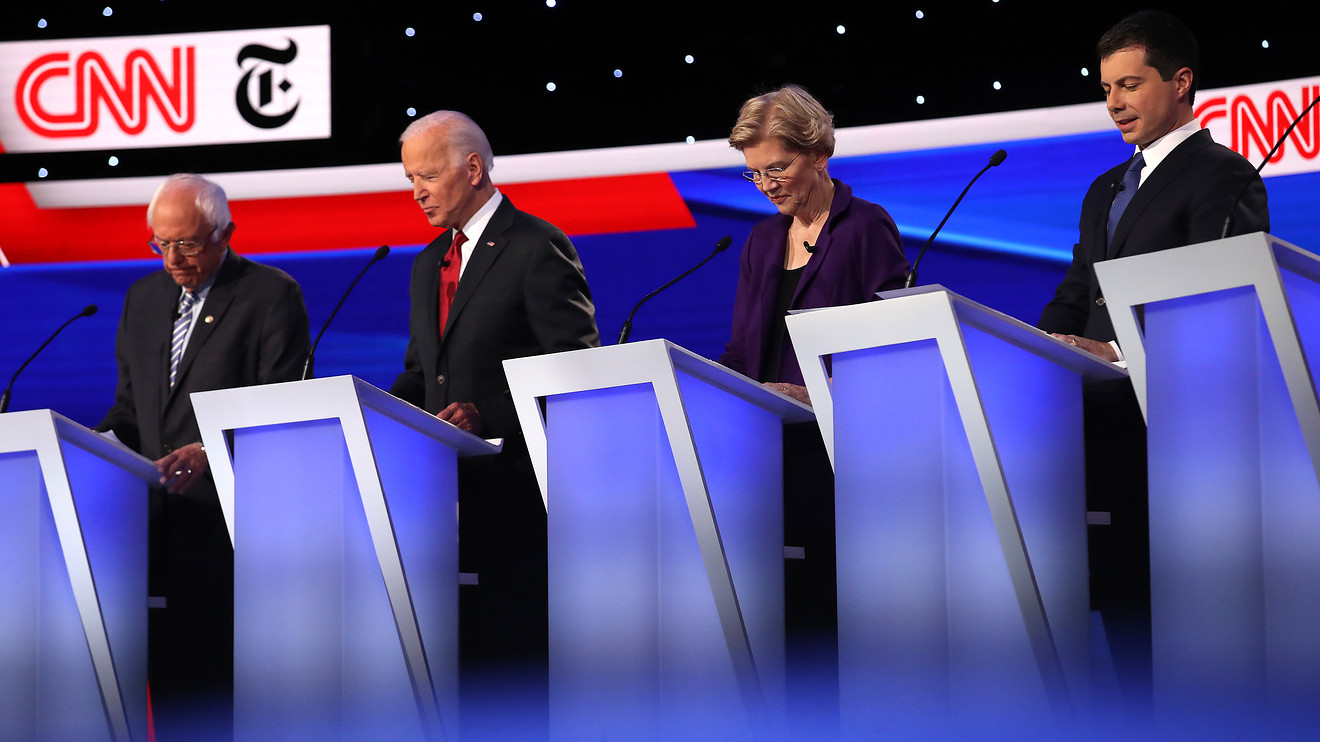 Tuesday’s fourth Democratic debate was one of the rare times in this election cycle there was discussion related to older Americans — and some experts argue it wasn’t handled properly.

When it comes to retirement issues, including saving and access to 401(k) plans, Social Security and Medicare (the current system, not the hotly-debated Medicare for All) and long-term care, there hasn’t been much conversation. Candidates during the debate in Ohio briefly touched on some of these topics, but they were only in passing, such as during candidate Andrew Yang’s proposal for universal basic income and how to pay for Medicare for All.

The silence about issues relevant to most of the population — either now or later — is not only disappointing, it’s also harmful for future generations, said Paul Downey, president and chief executive officer of Serving Seniors, a San Diego-based senior assistance organization.

“We are moving towards almost a quarter of the population over 60 in the next two to three decades,” he said. “Building infrastructure now and talking about that policy now to best approach this phenomenon is critical.” Not only for current older Americans, but young adults who will retire into this unprepared environment, he added.

Minnesota Senator Amy Klobuchar said long-term care is something “regular Americans” care about. “We need to make it easier to get long-term care insurance and strengthen Medicaid,” she said. She called the aging of the population a “silver surge.” That was the only time long-term care was mentioned, and all that was said on the topic.

Only one topic related to older Americans garnered an entire session of the debate, which was hosted by CNN and the New York Times: the ages of three of the candidates. Warren is 70, former vice president Joe Biden is 76, and Sen. Bernie Sanders is 78, and hosts suggested some voters may be concerned about that come election, and possibly inauguration.

The questions included asking Sanders how he was doing after suffering a heart attack, and why Biden would be a good president if he entered the White House at an older age.

“The questions were framed negatively and I thought they were problematic,” said Patrick Button, an economics professor at Tulane University who studies age discrimination. “There are differences by age — but some of them are positive and some negative, and the presumptions of the questions were more around the negative.” Older candidates were left defending themselves against their age, while younger candidates — like Hawaii Representative Tulsi Gabbard — had to explain why she had enough experience to be president, even though she is 38.

Also see: The Democrats missed a big opportunity during the debates

Many Americans are underprepared for retirement, and feel they can’t prioritize retirement saving right now because of other financial obligations or burdens, including rising housing costs, child care and student loan debt.

Retirement and aging also aren’t very attractive topics for people worrying about the present, said Jamie Hopkins, director of retirement research at Carson Wealth. “The way individuals make decisions is often driven by our short-term needs, the here and now, and we struggle to adhere to positive long-term decisions like saving for retirement and investing back into ourselves,” he said. Still, it is dangerous to complete avoid these conversations, he added. “The lack of focus on retirement and financial wellness in the debates and in D.C. today is putting a whole future generation at risk.”

The candidates could have also talked about other issues facing older Americans, including preparing for retirement, quality of life, familial caregiving during a generational shift and homelessness among the elderly, Downey said.

Not only could those conversations help inform older Americans, but it could help win votes on Election Day. “If you look at trends over the last decade or so, they [older Americans] tend to vote Republican,” he said. “So if I was a Democratic candidate, this is an opportunity to talk about making older adults’ lives better.”