Home
Stocks
Need to Know: The S&P 500 may be ‘one decent day of gains’ away from a ‘breakout’
Prev Article Next Article

Tuesday’s 237-point advance in the Dow industrials could be dubbed the triple Johnson rally — as earnings (from Johnson & Johnson JNJ, +1.62%  , among others) and report of Brexit progress (Boris) cheered traders.

Peter Schultz, author of the Winning Secret newsletter, looked at the market’s moves and says it’s time to turn bullish. 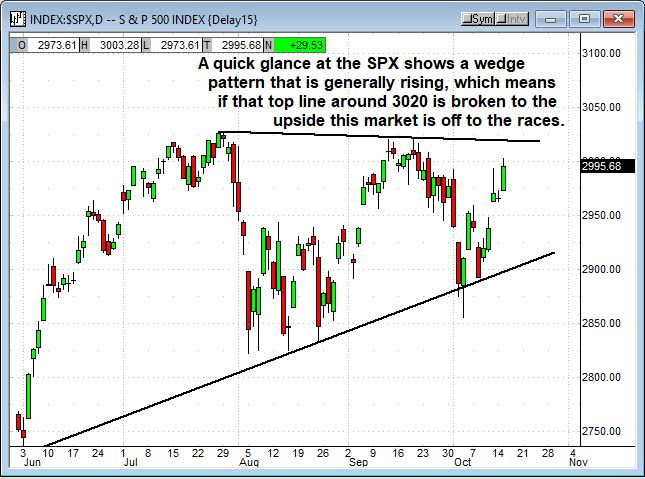 He’s in an optimistic mood due to progress in China-U.S. trade talks, as well as expectations of a third rate cut in a row from the Fed at the end of the month. With expectations for earnings so low, the market could be in for some upside surprises, he adds.

Beijing threatened to retaliate over the passage of measures in Washington aimed at supporting Hong Kong protesters, while pro-democracy lawmakers shouted down Hong Kong’s Carrie Lam.

The British pound GBPUSD, -0.0156% was volatile, trading on reports assessing the possibility of a Brexit pact being reached. Bank of America BAC, +0.00%   reported third-quarter earnings that were ahead of forecast. After the close of trade, Netflix NFLX, -0.45%  and IBM IBM, +0.68%  will report results.

Tech Data TECD, +1.69%  rose as the Financial Post reported Apollo Global Management approached the IT equipment distributor with an offer for close to $5 billion.

Retail sales fell 0.3% in September, the government reported, though August levels were upwardly revised. The Fed’s Beige Book collection of economic anecdotes coming in the afternoon.

Sen. Elizabeth Warren was the pinata during Tuesday night’s Democratic presidential debate. Warren’s ascendancy in polls has been weighing on a few sectors, notably health insurers. 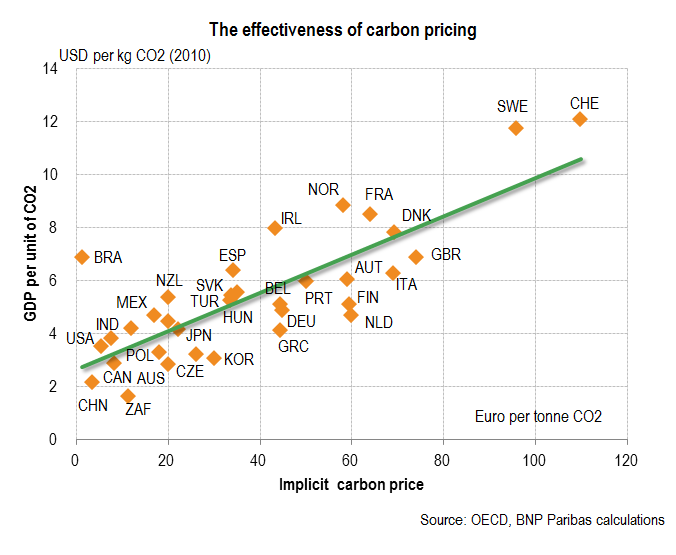 If one of the 12 Democrats on the debate stage on Tuesday night enters the Oval Office next year, expect the issue of carbon taxes to get back on the agenda. According to this fascinating chart from BNP Paribas, that’s what would be needed to get the U.S. to be more productive in an environmental sense. The U.S. doesn’t just have low carbon taxes (think, the super-cheap gasoline relative to the rest of the world), it’s among the least productive in carbon productivity, defined here as emissions per unit of GDP produced.

A family “waiting for the end of time” for nine years was discovered by police.

Sesame Street apparently has been mocking Donald Trump since 1988.