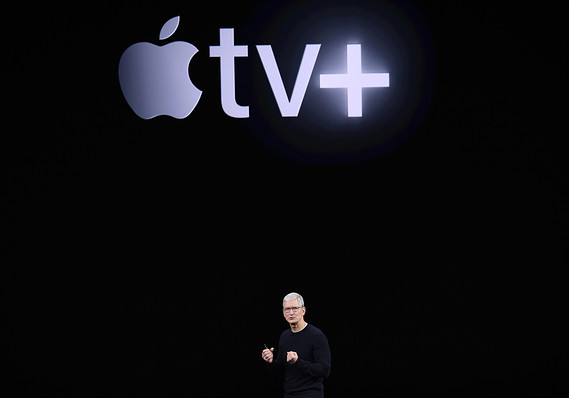 Apple Inc. is just one of many well-funded competitors looking to challenge Netflix Inc. in streaming video.

Netflix Inc. has been dismissive of the anticipated impact of an onslaught of streaming competitors, but as a wave of well-financed streaming services from big-name companies is about to be unleashed, executives’ tone has changed.

Through the years, Netflix NFLX, +0.71%  has insisted that “there is room for multiple parties to have attractive offerings” in streaming media, and that new competitors would not “materially affect our growth because the transition from linear to on-demand entertainment is so massive.” At the beginning of the year, as plans for competing streaming services were arriving rapidly, executives attempted to change the conversation by saying, “We compete with (and lose to) Fortnite more than HBO.”

From January: Netflix thinks ‘Fortnite’ is a bigger competitor than other streaming services

Netflix finally admitted the obvious when it reported third-quarter earnings Wednesday afternoon, though: At least in the short term, the arrival of a slew of new services from companies like Apple Inc. AAPL, -0.40%  and Walt Disney Co. DIS, +0.85%  is going to hurt its new subscriber growth. The company expects that subscriber growth will decline year-over-year in the usually strong fourth quarter and for the entire year, even with a strong slate of new shows.

“The launch of these new services will be noisy,” Netflix executives said in their quarterly letter to shareholders. “There may be some modest headwind to our near-term growth, and we have tried to factor that into our guidance.”

In the analyst interview, Netflix executives played down those comments. When asked about the change in tone toward the competitive landscape. Chief Financial Officer Spencer Neumann said “inevitably there will be some curiosity and some trial of those new service offerings.”

“Fundamentally, it is more of the same,” Netflix Chief Executive Reed Hastings responded. “Disney is going to be a great competitor, Apple is just beginning, but they will probably have some great shows too. But again, all of us are competing with linear TV. We are all small relative to linear TV.”

For more: Here comes the Netflix competition, with lots of fresh content

That sounds more similar to Netflix‘s long-held rhetoric that it expects to win in the long-term as viewers en masse transition from a linear model to the on-demand streaming option that Netflix pioneered. As it has for years in mentioning competitors like Amazon Prime and Hulu, Netflix insisted that bringing more viewers into the streaming world will eventually help it secure a larger presence in a completely changed media environment.

In our view, the likely outcome from the launch of these new services will be to accelerate the shift from linear TV to on demand consumption of entertainment,” Netflix executives wrote, while specifically mentioning Disney+, Apple TV+, AT&T Inc.’s T, -0.29%  HBO Max and Comcast Corp.’s CMCSA, -0.15%  Peacock streaming services. “Just like the evolution from broadcast TV to cable, these once-in-a-generation changes are very large and open up big, new opportunities for many players.”

“We did well during the first decade of streaming,” executives wrote in closing out the “Competition” section of its letter. “… We’re ready to compete to earn consumers’ attention and viewing.”

Netflix shares rose nearly 8% in after-hours trading following the results, so investors must not have been surprised that executives tacitly admitted the obvious. They were likely relieved that Netflix’s subscriber growth bounced back from a shocking disappointment in the previous quarter.

The company’s actions could speak louder than its words, though. In addition to retracting its guidance for an annual increase in new paying customers this year, Netflix said it would stop projecting U.S. subscriber additions in future results, which does not bode well for growth in its biggest market. Netflix — which saw domestic subscribers decline in the second quarter for the first time in eight years and come in lighter than their projections in Wednesday’s results — will now only provide global membership forecasts, a twist on Apple’s move to stop breaking out iPhone unit sales.

It is never a good sign when companies stop offering information that they have long provided, or change their tune about the competitive landscape. In this case, though, Netflix appears to just be admitting the obvious: The next few months, at the very least, look like they will be tough for the company’s business in the U.S.