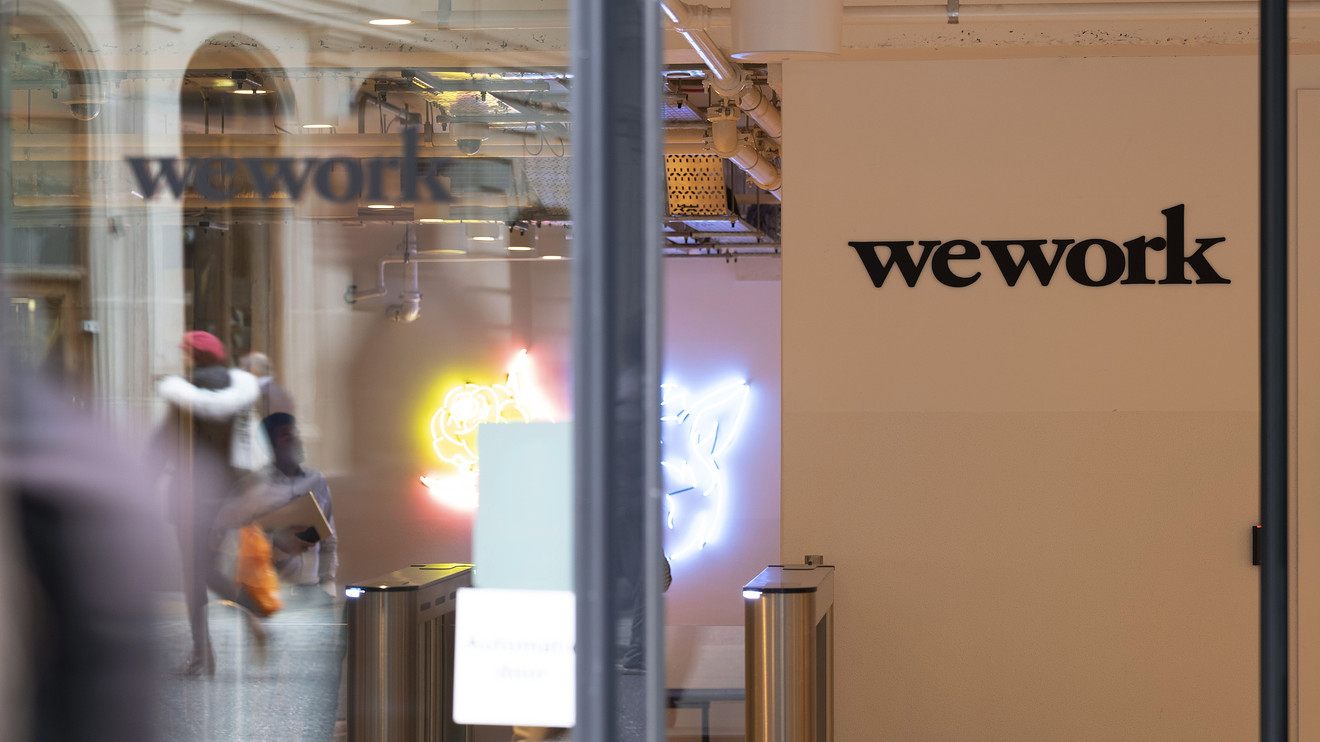 WeWork’s bonds tumbled to fresh lows Tuesday after details emerged of a high-cost $5 billion financing plan for the embattled office-share venture to help it avoid a cash-flow crisis.

Corporate bonds that trade below par, or 100 cents on the dollar, can signal concerns about a borrower’s ability to repay its debts. Although, JP Morgan analysts consider bonds “distressed” only after they start trading below 70 cents on the dollar.

As WeWork’s bond prices have dropped, yields have shot up to around 13%, showing tepid confidence in the venture’s turnaround plans, despite the emergence in recent days of two potential funding options to stop its hemorrhaging of cash after a shelved initial public offering.

One comes from a JP Morgan-led group that is pitching investors for a potential $5 billion rescue package for WeWork that could include the sale of $2 billion of bonds at coupons of up to 15%, which was first reported by Bloomberg News.

A separate plan that emerged over the weekend would give WeWork’s biggest backer, SoftBank Group, control over the company through a combined debt and equity financing package worth billions.

Either plan may be a hard pill for WeWork to swallow.

“The two offerings on the table are the choice of an extremely expensive high-yield deal and giving up control of the company,” said Larry Perkins, chief executive of SierraConstellation Partners, a restructuring advisory firm.

“It’s a terrible sign when you are borrowing money to pay your own debts,” he said. “And if it happens, it’s not a repeatable, sustainable strategy.”

A WeWork spokesperson declined to comment about its potential financing options. But more is expected in the coming days about the feasibility of the bank-led financing proposal, according to a person familiar with the matter.

If the bond component does reach 15%, that would be nearly double the 7.875% coupon that WeWork offered investors roughly 18 months ago when the company still was considered a rising star in real-estate markets.

For context, the average yield on sub-investment-grade bonds was pegged at 6.48% last week by JP Morgan analysts.

However, the average doesn’t show the divide emerging lately between debt-laden companies viewed as more likely to inflict losses on bondholders when the economy sputters and those with more stable prospects.

“High-yield sentiment is broadly strong, and it has been extremely strong from low-risk credits,” said Mike Terwilliger, a portfolio manager at Resource Credit Income Fund, which focuses on high-yield bonds and distressed debt.

“But for anything that’s construed as risk, the market has zero appetite for it.”

It’s not only debt investors who are getting picky.

WeWork’s lofty $47 billion valuation from private funding rounds was cast into doubt in the run-up to its planned public listing by investors concerned with its lack of a pathway to profitability, about its former co-founder and chief executive Adam Naumann, and its nearly $2 billion loss last year.

Also see: Here’s a look at how WeWork’s $50 billion pile of office leases could unravel

Still, the $1.2 trillion high-yield bond market has financed other cash-burning unicorns, including Uber UBER, +2.83%  and Netflix NFLX, -0.45%  at historically low rates as buyers embraced riskier investments, with fewer investor protections, in a hunt for yield in a low-return environment.

In more typical times, limits often would be set on borrowers seeking additional debt on top of existing obligations. But borrower-friendly terms have become the norm, including when WeWork made its debut in the high-yield bond market in 2018, which now may be put to the test.

Terms of WeWork’s financing allow it considerable flexibility to calculate its earnings and leverage ratios, according to Valerie Potenza, who analyzed the original financing for Xtract Research.

This included allowing the company to turn a nearly $930 million net loss in 2018 into a positive $233 million “community adjusted” measure of earnings before interest, taxes, depreciation and amortization, according to Potenza, who called the rationale a “crazy” concept.

Meanwhile, Fitch Ratings estimated that WeWork could run out of money in about four quarters without additional funding, while others have narrowed that window to next month.

But Perkins at SierraConstellation said WeWork still deserves a second chance if its newly appointed top management can cut costs, refocus the business to a concentrated portfolio of leases and show a way toward eventual profitability.