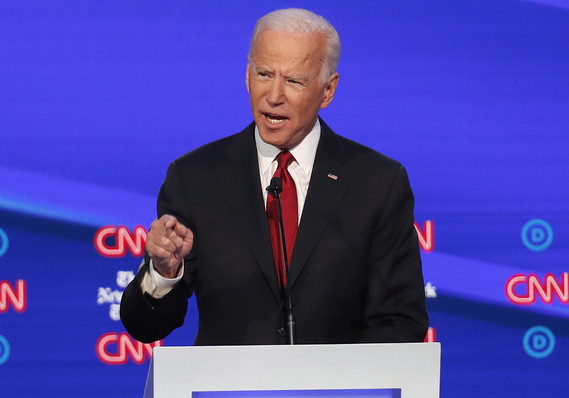 Trump has said that Hunter Biden’s serving on a Ukrainian company’s board while his father was serving as vice president was improper.

Hunter Biden said in an interview with ABC News that he never discussed his foreign business dealings with his father, except in one instance where the former vice president said, “I hope you know what you’re doing.” Hunter Biden also said he used “poor judgment” when he decided to join the company’s board but said he did nothing improper.

Debating 11 other Democratic presidential hopefuls in Westerville, Ohio, ex-Vice President Biden urged that the focus turn back to Trump. “Rudy Giuliani, the president and his thugs have already proven the fact that they are flat lying,” Biden said. Earlier Tuesday, Giuliani, the president’s personal lawyer, said he wouldn’t comply with a congressional subpoena.