Home
Stocks
In One Chart: How Biden and some lower-tier 2020 Democrats face money trouble — in one chart
Prev Article Next Article 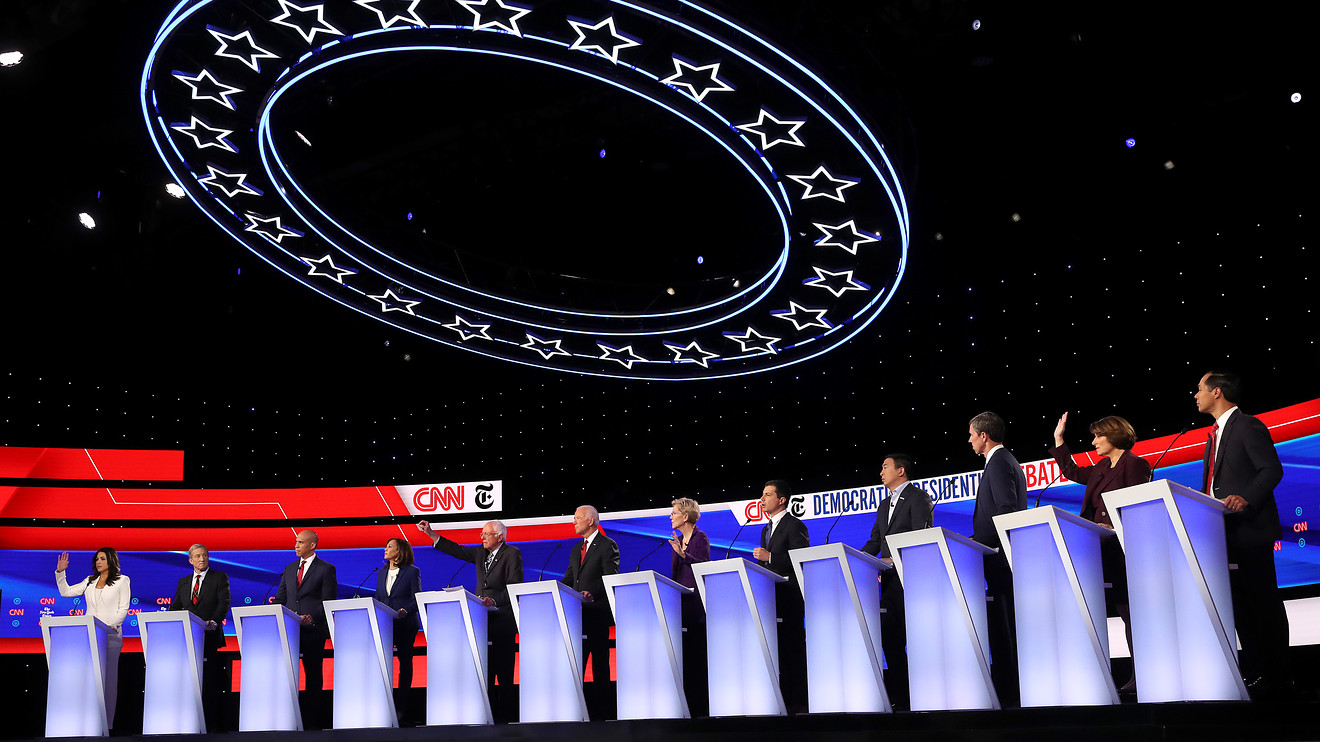 As the 2020 White House race sparks heavy fundraising and spending by a crowded Democratic field, every campaign’s financial situation is being closely watched as a measure of its viability.

The latest financial disclosures, filed by candidates late Tuesday and covering third-quarter activities, reveal challenges for Joe Biden and some lower-tier Democratic contenders, as shown in the MarketWatch chart below.

The chart features the dozen Democratic presidential hopefuls who met the fundraising and polling requirements for Tuesday’s night primary debate. It details how much they’ve raised and the amount they’ve spent. Their fundraising totals exclude money that the candidates themselves have contributed, and it also excludes money transferred from an old Senate or House campaign account.

Hedge-fund billionaire Tom Steyer, for example, looks like he has spent much more than he has in the bank, but his 2020 campaign is still in the black because he personally has pitched in nearly $48 million, while getting about $2 million from donors.

Meanwhile, Sen. Bernie Sanders of Vermont and Sen. Elizabeth Warren of Massachusetts have transferred $12.7 million and $10.4 million, respectively, from their Senate accounts, but those amounts are left out in this chart. And there have been corresponding transfers by all of the other sitting lawmakers shown in the chart, including $3.6 million by Minnesota Sen. Amy Klobuchar, who has spent almost as much as she has raised, and $2.5 million by Hawaii Rep. Tulsi Gabbard, who has shelled out more than she has received from donors.

After ranking fourth in the field in third-quarter fundraising, Biden doesn’t have as much cash remaining as other top-tier candidates. The former vice president, who is facing competition from Warren for the front-runner label, has $9 million in the bank. Biden’s campaign has made an effort to push back on concerns about his fundraising, saying he has the resources to compete in early primary states and beyond.

Read more: Biden plays defense at debate: ‘My son did nothing wrong’

And see: How 2020 Democrats attacked new front-runner Elizabeth Warren at the Ohio debate

Steyer qualified for Tuesday night’s three-hour clash, but he got the least airtime while appearing in a 2020 debate for the first time. He spoke for an estimated total of 7 minutes. Given that he has put nearly $48 million into his campaign, that’s equivalent to spending about $7 million for each minute of airtime. When he was asked by The Wall Street Journal if his outlays to make the stage were worthwhile, Steyer said his goal is to introduce himself to Americans and Tuesday night “was a good chance for me.”

In a RealClearPolitics moving average of polls on Wednesday, Biden scored 29.4% support vs. Warren’s 23.4%. Sanders drew 15.4% support, topping South Bend, Ind., Mayor Pete Buttigieg at 5.6%, Sen. Kamala Harris of California at 5.2%, former Rep. Beto O’Rourke of Texas at 2.8% and entrepreneur Andrew Yang at 2.2%. All other Democratic candidates hoping to challenge President Donald Trump in November 2020 are below 2%.