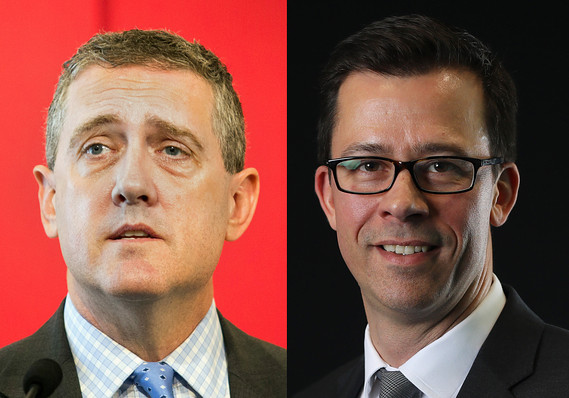 It’s not unprecedented for a central bank to bring interest rates below zero, given that Swedish Riksbank and the European Central Bank have done so, but in separate comments at a conference in London, two officials at the Federal Reserve and the Bank of England said they were opposed to do doing so.

The comments come at a critical juncture where the global economy is seen at risk of falling into a recession, with the International Monetary Fund on Tuesday saying the economy would grow at the weakest rate since the recession. The yield on the 10-year Treasury TMUBMUSD10Y, +0.96%  has fallen from about 3.2% in November to 1.75%, a signal of the market’s concern with the state of the economy.

James Bullard, president of the St. Louis Fed, told reporters at a conference on monetary and financial policy why he didn’t see negative rates as an option even during a recession.

“I’m not a fan of this type of policy,” said Bullard, who is one of the more dovish members of the Fed and argued for a half-point rate cut in September. “I think that negative rates have only had mixed results where they’ve been tried, and I also think that the U.S. short-term financing markets has differences from other markets and other economies.”

Bullard said it’s not clear, for instance, how the money market would adapt.

Gertjan Vlieghe, a member of the Bank of England’s monetary policy committee, answered an audience question about why the U.K. central bank doesn’t believe interest rates can drop below 0.1%. The current Bank of England base rate is 0.75%.

“The lower bound is not only about switching to cash. There is this important element of bank profitability in the financial system,” he said.

Another issue is the types of assets on the balance sheets of each country’s institutions, and whether they are indexed to the policy interest rate, he said. “And so to me it is absolutely no surprise that different central banks and different economic areas come to a different conclusion about how low that is.”

Related: Fed’s Bullard says ignoring the yield curve has burned him in the past