Home
Stocks
In One Chart: ‘The new normal’ — no fix to the trade war, says Bank of America chart
Prev Article Next Article

Get used to it. No peace and harmony ever when it comes to global trade, that is.

The Bank of America Merrill Lynch’s monthly fund manager survey released Tuesday revealed 43% of investors surveyed believe the U.S.-China trade war “is the new normal versus 36% who think we will see a resolution before the 2020 U.S. Presidential election.” 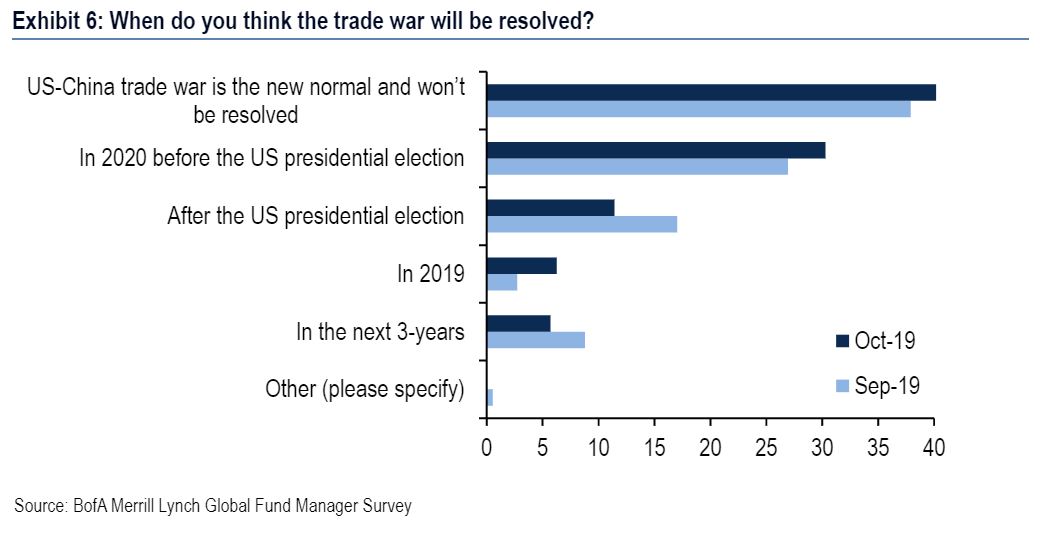 It’s no surprise to see investors getting jaded as the months go by without a deal — and they aren’t alone.

On Tuesday, the International Monetary Fund predicted global growth will drop to 3% this year, the slowest pace since the 2008 global financial crisis, because import tariffs are strangling manufacturing activity and international trade.

The possibility of an all-out trade war has been the “biggest tail risk” for fund managers surveyed by Bank of America since March 2018. That risk has only been replaced twice — in May 2018 when a Federal Reserve/ECB policy mistake became the biggest worry, and in March 2019 when a Chinese economic slowdown cropped up as the No. 1 risk. Here’s that chart:

A tail risk is an event that has a tiny chance of happening. The global financial crisis, which caused a global stock market meltdown, is one example of that.

And if there’s that tiny chance of good news? Here’s another chart from the Bank of America survey that shows how a resolution to the trade war would be the most bullish event for stock markets over the next six months — by several miles: 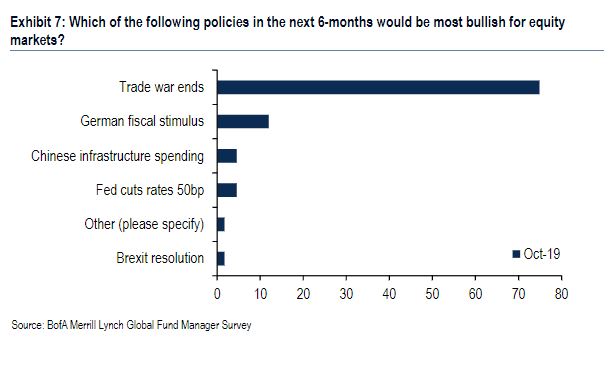