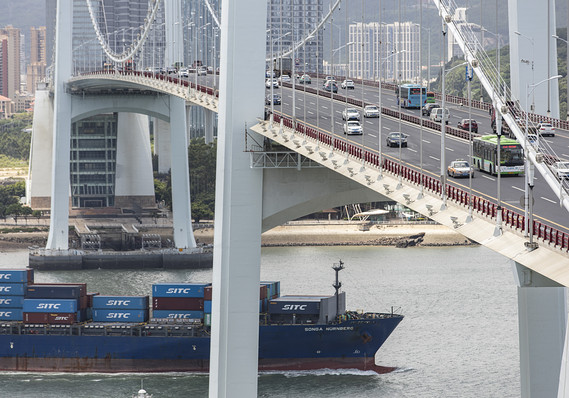 A container ship approaches the Haicang Bridge in Xiamen, China, on Monday, Aug. 26, 2019.

The International Monetary Fund is growing even more pessimistic about the global economy, as higher import tariffs are strangling manufacturing activity and international trade.

Global economic growth is expected to fall to 3% rate this year, the slowest pace since the 2008 financial crisis and down from a 3.8% pace seen in 2017.

The IMF’s latest World Economic Outlook shaved global growth this year by 0.2 percentage points and 0.1 percentage point next year, compared with the organization’s view from July.

Growth was projected to be slower in 2019 in almost every major country except Brazil. 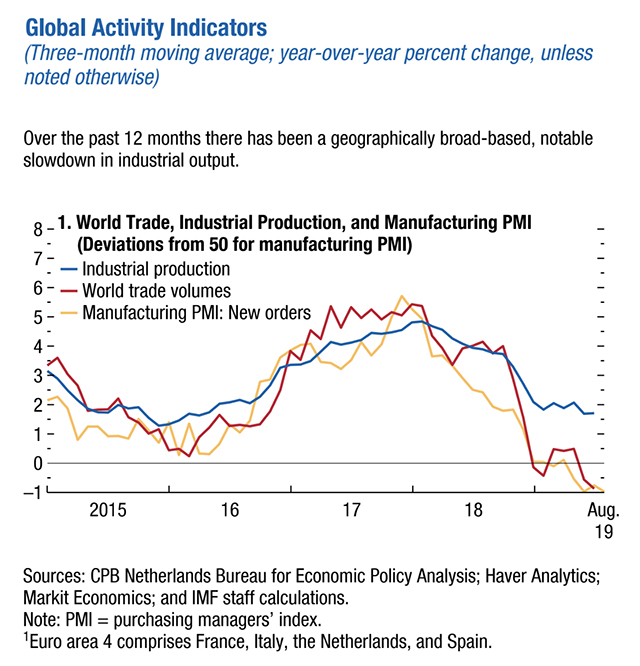 The decline in trade activity is stark

The misery is spreading through Asia, with downward revisions for growth for Hong Kong, South Korea, and Singapore.

For 2020, global growth is projected to improve modestly to 3.4% rate, but this optimism looks “precarious,” said Gita Gopinath, the IMF’s chief economist.

The upturn is based on projected improvement in a number of emerging markets including the Middle East which are under strain like Turkey.

“With uncertainty about prospects for several of these countries, a projected slowdown in China and the U.S. and prominent downside risks, a much more subdued pace of global activity could well materialize,” the IMF said. 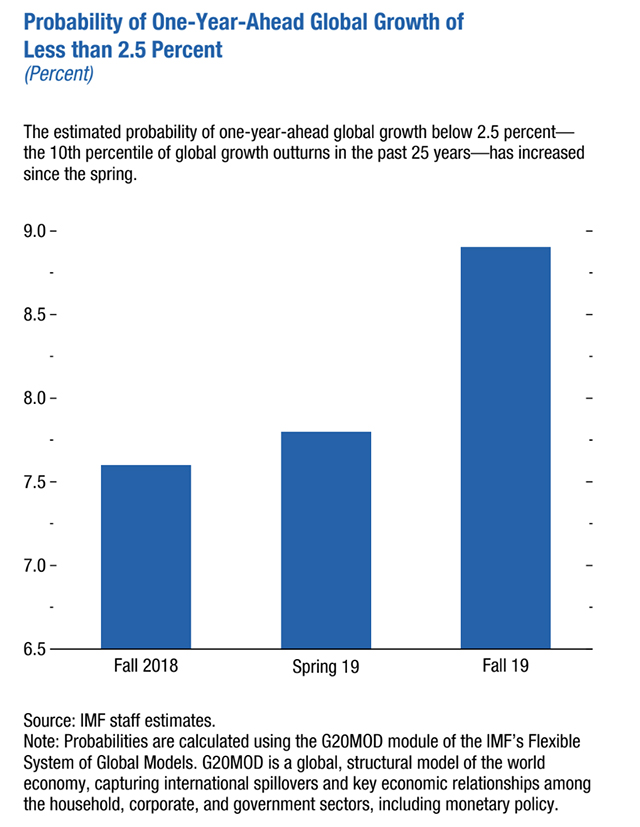 Risks of a sharp slowdown are growing.

Gopinath raised the possibility of the need for emergency action in the form of “an internationally coordinated fiscal response” if economic growth were to deteriorate further.

“A country like Germany should take advantage of negative borrowing rates to invest in social and infrastructure capital, even from a pure cost-benefit perspective,” the IMF said.

While manufacturing has suffered globally, the service sector has held up, at least so far, but there is a concern this can’t last.

“The divergence between manufacturing and services has persisted for an atypically long duration, which raises concerns of whether and when weakness in manufacturing may spill over into the services sector,” she said.

The IMF said monetary policy easing by the Federal Reserve and other central banks has helped support growth and reduce downside risks.

Without this monetary stimulus, global growth would be lower by 0.5 percentage points in both 2019 and 2020.

The world economy is projected to grow slightly faster in 2021-24 thanks to growth in emerging market economies.

Yet growth in key economies, the U.S., China, euro area and Japan, the so-called “Gang of Four,” is expected to moderate “into 2020 and beyond.” 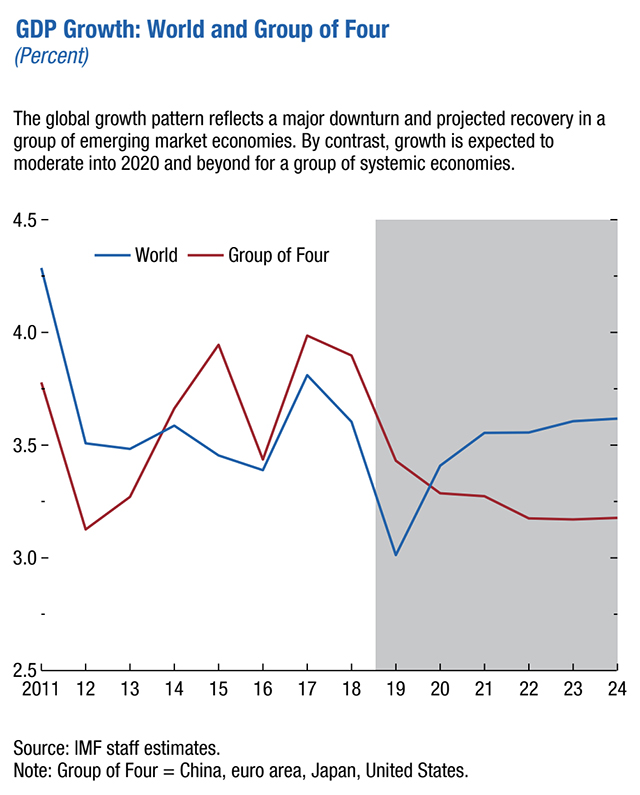 The U.S. and China – partners in misery