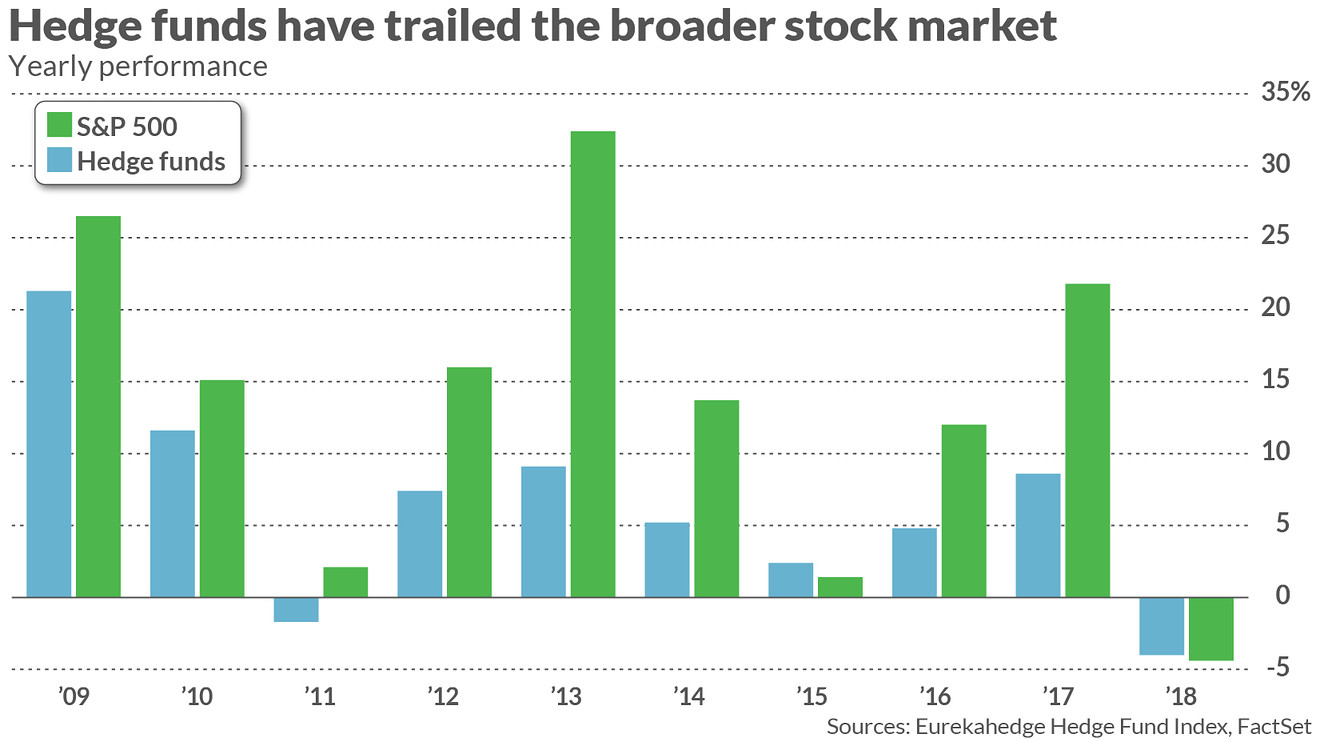 Investors pulled money from hedge funds in September as the alternative money managers continued to underperform the broader equity market.

An index of hedge fund performance from data provider Eurekahedge declined 0.30% in September, according to a report from the firm out Tuesday. That trailed global equity performance as measured by the MSCI ACWI index, which rose 2.04% during the month.

Related: What is factor investing?

Since the start of the recovery in financial markets in 2009, hedge funds have perennially underperformed the S&P 500 index, as shown in the chart above. In 2018, famed investor Warren Buffett took a victory lap after winning a bet that passively-managed funds could beat actively-managed hedge funds over a period of ten years.

Not only did Buffett’s wager turn out right, but he also took the opportunity to remind investors of the importance of management fees to overall investor returns.

Preliminary data for September show that global hedge funds had $6.2 billion of net investor outflows, bringing the year-to-date totals for redemptions to $120.8 billion.

Investors have pulled $300 million from Hong Kong-based hedge funds in the year to date, Eurekahedge said, even as the funds have gained $7.2 billion in that same period. “The special administrative region’s stability as a financial center came under scrutiny as the ongoing protests and social unrest continue to unnerve the markets for fear of capital outflows,” the firm noted. That was the first year of outflows since 2009.

Read: Do well by doing good with this fund that supports freedom and human rights