LONDON (MarketWatch) — The NFL has moved beyond its freak-show stage in London.

The latest game here between one pretty good team and one not-so-good team wasn’t notable for the quality of play, nor for the result: a sloppy 37-26 victory for the Carolina Panthers over the Tampa Bay Buccaneers.

The Tottenham Hotspur Stadium, which has now hosted a brace of NFL games, wasn’t really the story, either, despite its being a modern and accessible venue.

What’s notable from the day I spent in the upper deck watching two teams I didn’t care about was the knowledge of the British fans who came to observe.

True, probably half the fans who filled the stadium were American, either expats like myself taking the opportunity to see a game or hardcore fans making a holiday out of their favorite team’s transatlantic road trip.

But the Brits who attended were knowledgable. 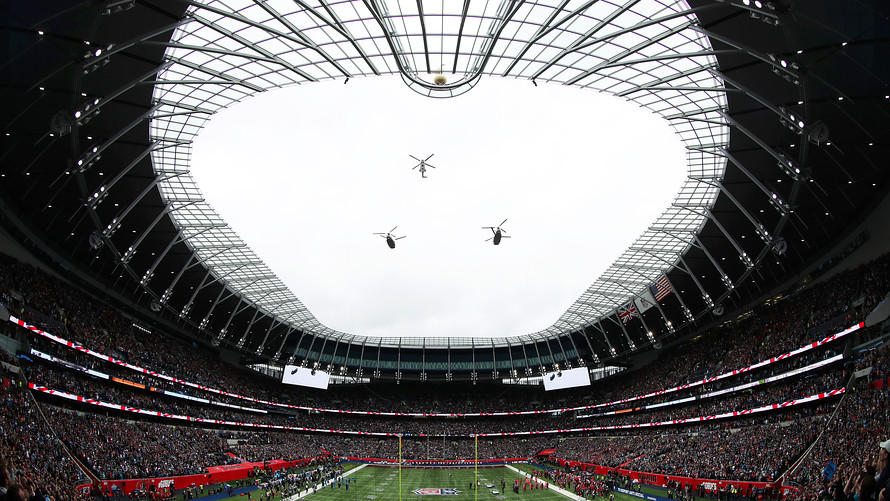 One, sitting next to me, didn’t just know Christian McCaffrey was the best player on the field. He knew O.J. Howard wasn’t having much of a year but had recently caught a foul ball one-handed. He had D.J. Moore on his fantasy team. A New England Patriots fan, he bitterly recalled the Philly Special play in Super Bowl LII, and wondered whether Antonio Brown’s release would lead to Rob Gronkowski’s return from retirement.

He wasn’t alone in my admittedly small sample size. One gave a good overview of the Buffalo Bills. Another claimed, somewhat to my disbelief, to have previously seen the same fair-catch-free-kick attempt that Carolina unsuccessfully attempted at the end of the first half.

There were, of course, NFL first-timers on hand, but the near-capacity crowd of 60,087 understood what was going on. It cheered in the right places, got loud at critical times, even mockingly applauded the Buccaneers’ punt returner for catching one following two consecutive muffs.

About the only thing out of whack were the teas on offer in the stadium.

What follows from here isn’t obvious. The current four-games-per-year setup in London, in two stadiums, is a pretty good one, and may be just enough to satiate demand. The London games still have a celebration-of-football feel to them — fans wore the jerseys of pretty much every team (Aaron Rodgers in particular, to my eye).

Actually moving a team to London full-time would bring all sorts of logistical challenges, as well as probably depress the number of Americans flying in to watch.

What is clear, though, is that the NFL has cultivated a base in the U.K.

And that Brit joining your fantasy football league won’t be a walkover.