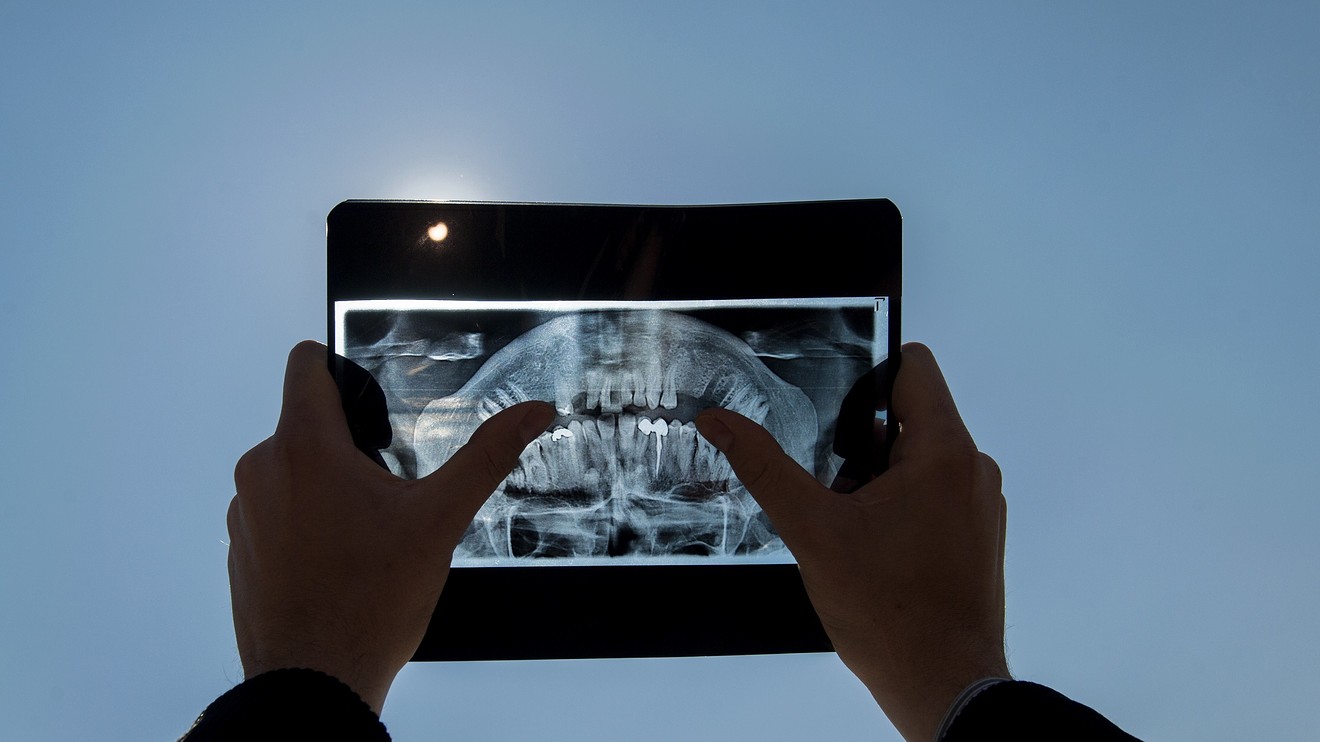 SmileDirectClub shares tumbled 10% on Monday, bringing their one-month loss to 46%, after California Gov. Gavin Newsom signed a bill into law that includes key changes in the regulation of the company’s “teledentistry” business model.

Bill 1519, a sunset bill for the Dental Board of California that extends its operations until Jan. 1, 2024, was signed late Sunday and will allow the board to continue to oversee and regulate dental services in the state. But it also includes protections for patients who undergo direct-to-consumer orthodontic treatment, such as that offered by SmileDirect SDC, -10.15%  , including a provision that allows them to submit complaints to the Dental Board, even if they have signed nondisclosure agreements.

Those protections were included after opposition to SmileDirect from dentists and orthodontists who have been critical of the company’s business model. SmileDirect offers clear aligners by mail to customers using either a 3-D image of their teeth taken at a so-called Smile Shop or from an impression made using an online kit. The company then develops and ships the clear aligners — a form of dental braces — back, and the customer undergoes a five- to 10-month treatment plan. Dentists say any orthodontic procedure requires a thorough exam because any mistake can cause permanent damage and even break teeth.

In signing the bill, Newsom criticized the use of a sunset bill to advance policy changes.

“While I am signing this legislation, sunset bills are not the appropriate vehicle for policy changes that lack broad stakeholder input,” he wrote in a statement. “Such proposals should be considered in separate legislation and evaluated accordingly. I will not look favorably upon any future regulatory sunset bills that include these provisions.”

See also: Charcoal toothpastes are ‘dangerous,’ don’t whiten and may cause decay

SmileDirect welcomed his criticism but said the bill still “will create unnecessary hurdles and costs to Californians that need care but struggle to afford it.”

According to the company statement: “The undebated, clinically unsupported, and ill-advised policy changes that are included in this bill — a bill that was intended to reauthorize the Dental Board of California until last-minute policy additions were added — have created arbitrary barriers to technological innovation.”

Still, nothing in the bill requires the company to cease or modify its operations and nothing can take effect until the board has given all stakeholders the opportunity to comment and debate the merits of any proposed rules with clinically-based data, it added.

In case you missed it: SmileDirectClub went public: 5 things to know about the teeth-straightening startup

SmileDirect has faced strong opposition from medical organizations, including the American Dental Association and the American Association of Orthodontists, which have accused it of endangering patients and practicing medicine illegally.

Last week, short seller Hindenburg Research published a report saying that the company has attracted more than 1,200 Better Business Bureau complaints in its five years of existence and that some of its practices have been deemed illegal by dental boards in Alabama and Georgia.

Hindenburg founder Nathan Anderson said customers have been forced to perform emergency dentistry on themselves and described an aggressive sales culture that pressures employees to “sell a new smile” to at least 70% of clients each month.

SmileDirect responded with a statement criticizing “organized dentistry” and its “anti-competitive legal actions.”

On Monday, the company reiterated that sentiment.

“Simply put, this bill represents the dental lobby’s thinly-veiled attempt to protect traditional dentistry at the expense of Californians, and Governor Newsom made the correct choice in issuing his strongly-worded rebuke of the tactics and policy that this bill represents,” the company said.

SmileDirect shares were trading 56% below their IPO price on Monday. The company went public on Sept. 12, and its stock fell 10.7% below the issue price at the open.

Last week, on the day following the Hindenburg Research report, all 10 banks that participated in the company’s initial public offering published notes on the stock, with all 10 rating it the equivalent of buy. The stock closed lower that day despite the bullish notes.

See: Just one day after a short seller slammed SmileDirectClub, all 10 banks on its IPO rate it a buy