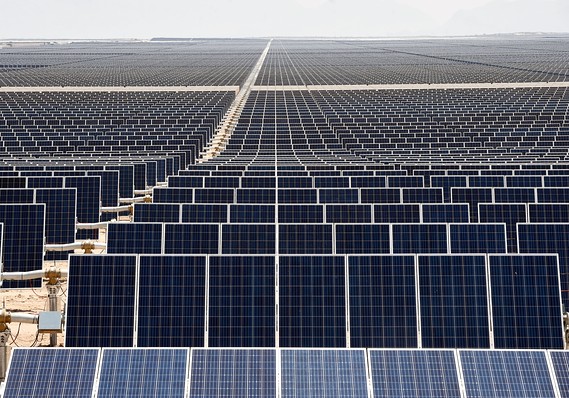 The cost of installing utility-scale solar panels has fallen by 80%.

But now that these technologies have come of age, a new story is being written. Around the world, businesses, governments, and households are taking advantage of more cost-effective low-carbon technologies.

Not too long ago, ushering in a societal shift toward clean, renewable energy seemed impossible, given the costs and level of government intervention required. But that has all changed: far from being boondoggles, green-energy options are beating out the fossil-fuel competition where it counts: the bottom line.

Owing to advances in information technologies (IT), green solutions can be integrated into business operations seamlessly. And as public support for these technologies has grown, so have the prospects for scaling up to a fully sustainable energy system.

As in any rapid transition, a full understanding of what is happening has lagged behind events. Many incumbent energy producers find it hard to believe that their world is undergoing a revolutionary change, so they insist that their heavily polluting technologies will remain relevant and necessary for some time to come.

Journalists, too, describe the transition with a degree of caution, because it is their job to be skeptical. And politicians and regulators are reticent to adopt a new perspective, even though they are already struggling to keep up with the pace of change in the energy industry.

To be sure, progress doesn’t come without setbacks, as the recent growth in energy-related greenhouse-gas (GHG) emissions shows. Yet there is no doubt that the future of energy will be dramatically different from the recent past. In fact, the transformation is happening even faster than we think, owing to three key factors.

The costs of technologies ranging from wind and solar power to EVs and smart grids have plummeted, and the learning curve — the linear drop in costs as new technologies are deployed on an ever-larger scale — has held steady across the board.

What was once pricey is now cost-effective; it will soon be downright cheap.

Moreover, the pace of innovation is not slowing. Spending on clean-energy research and development is increasing, and more clean-energy patents are being filed than in years past. The clean-tech sector is attracting more young entrepreneurial talent, and venture capital spending is on the rise.

More broadly, there is a clear cross-sector shift toward low-carbon technologies and business models. The traditional energy companies that aren’t in denial are increasingly investing in the technologies of the future, as are the automotive giants. And a growing share of large-scale infrastructure capital is being deployed in innovative ways, accelerating the transition.

Second, while each breakthrough makes a big difference on its own, the combination of new technologies magnifies the impact.

Big Data is already enabling better forecasting of wind and solar production and demand, leading to a much higher share for renewables in the energy mix. The falling cost of batteries not only accelerates the diffusion of EVs, but also allows them to store power for the electricity grid.

And, more broadly, IT has enabled smart-timed EV charging and other methods for making the grid more flexible and efficient.

Moreover, as the costs of renewable energy fall, wind and solar power can be used to produce hydrogen, another clean-energy source that may be more suitable for economic sectors, such as air transport, that have so far struggled to shift to low-carbon fuels.

And, looking ahead, the next frontier of sustainability may lie in blockchain technologies, which could facilitate “trade” in surplus electricity among consumers in innumerable, instantaneous transactions.

Finally, the political environment is rapidly changing. A decade ago, there was no Paris climate agreement, financial institutions were not accounting for climate-related risks in their investment portfolios, and most industries were as committed as ever to fossil fuels. All of that has changed.

Even in the United States, where President Donald Trump continues to champion high-carbon energy sources, coal-fired power plants are shutting down faster than ever, and plans for new natural-gas plants are being replaced with more cost-effective wind and solar options.

And as the shift toward renewables gains momentum, it will be easier for elected officials to pursue more climate-friendly policies and regulations, thereby creating a virtuous circle of change.

As the green transition comes of age, it will offer solutions to all of humanity’s energy needs, placing a clean, prosperous, and secure low-carbon future well within reach.

Yet even as we embrace optimism, we must not lose sight of the fact that climate change is accelerating. With GHG emissions continuing to rise, the future of humanity hangs in the balance. One hopes that the shift to sustainable energy will tip the scale in our favor.

This article was published with permission of Project Syndicate — The Energy Revolution Is Here.