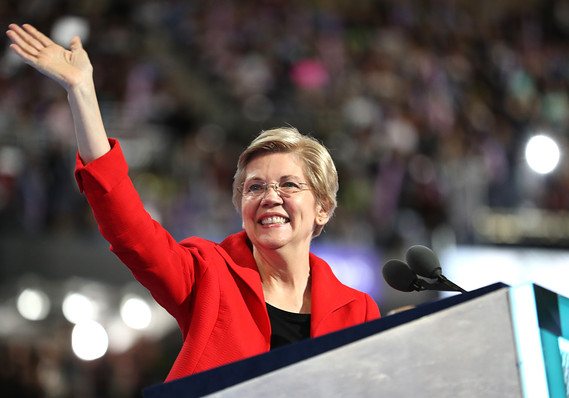 President Donald Trump appears obsessed about getting something on former Vice President Joe Biden. Should he survive impeachment, however Sen. Elizabeth Warren is the opponent he should be worried about most.

Surging in the polls, the Massachusetts Democrat best speaks to the trials of Americans who came of age in this century and educated women — groups whose voting numbers are growing. Much as Trump tapped displaced blue-collar workers and their offspring in smaller cities and rural areas often dependent on manufacturing—a cohort receding in importance as many skill-up and migrate to metropoles offering better job opportunities.

In the 19th century, farming and services that supported agriculture were the primary occupation. Freeholders and tenant farmers alike relied on their own resourcefulness and knowledge of weather, planting techniques and luck to squeeze a living out of the land. Men and women passed down the ethic of self-reliance and critical skills to sons and daughters—prior to the New Deal they had little backstop from the government or large corporations to buffer them in hard times.

The mechanization of agriculture consolidated farms and released workers to cities where the mass- production factory—and commercial enterprises modeled after it—demanded workers conform to practices dictated by engineers and professional managers.

Henry Ford—doubling workers’ pay and then introducing the 40-hour week in 1926—offered workers a bargain. Follow directions and you can live well and enjoy weekends off. The New Deal and union movement generalized that to many more workers—through contracts or just raising worker and employer expectations. Health and old-age pension benefits followed.

Through about 1960, many workers lacked even a high school diploma and were socialized to the notion that conformity would deliver security.

Automation, globalization and now artificial intelligence shattered all that, and workers in the digital economy increasingly are left to shift for themselves. Many can lose employment or clients in a whim and have inadequate retirement savings.

Trump behaves as if the world has not changed—tariffs on China cannot bring back most factory jobs with steady benefits, because most simply move elsewhere in Asia. And bullying GM, GM, +2.63%  , for example, to open new plants to replace those recently slated to be closed, is not a jobs’ policy.

The Democratic Party base is growing because it addresses these problems—though it often harkens to solutions that have failed in the past. Higher education is essential, but free tuition and loan forgiveness don’t target the essential problem—given unrestrained access to government and student loan money, universities irresponsibly boost tuition, spawn bureaucracies, and don’t deliver enough adequately skilled graduates.

Obamacare did not solve the problem of monopoly pricing and soaring costs, but Nancy Pelosi’s prescription drug plan, for example, still falls short of the kind of thoughtful regulatory regime the Germans use to facilitate new drugs without price gouging.

Social Security is underfunded. Democrats propose to raise taxes, not raise the retirement age and not address the most fundamental problem—the trust fund is invested in low-yielding federal bonds instead of stocks, which outperform.

Warren is skilled at identifying pressure points, blaming a villain—greedy corporations and corrupt government—and offering high-sounding, undeliverable promises. For example, the president has no power to break up large corporations as antitrust policy is a matter of law and ultimately officiated by the courts. Independent analyses indicate her wealth tax would hardly generate the revenue she claims.

Still solutions sound plausible to young folks and suburban women, because Europe has very inexpensive or government-paid health care, higher education and the like.

Europe also has heavy regulation, terribly slow growth and high youth unemployment, and the typical worker forks over about half his pay in taxes. If French malaise and Yellow Vest unrest is the future Americans want—she’s the ideal successor to Trump.