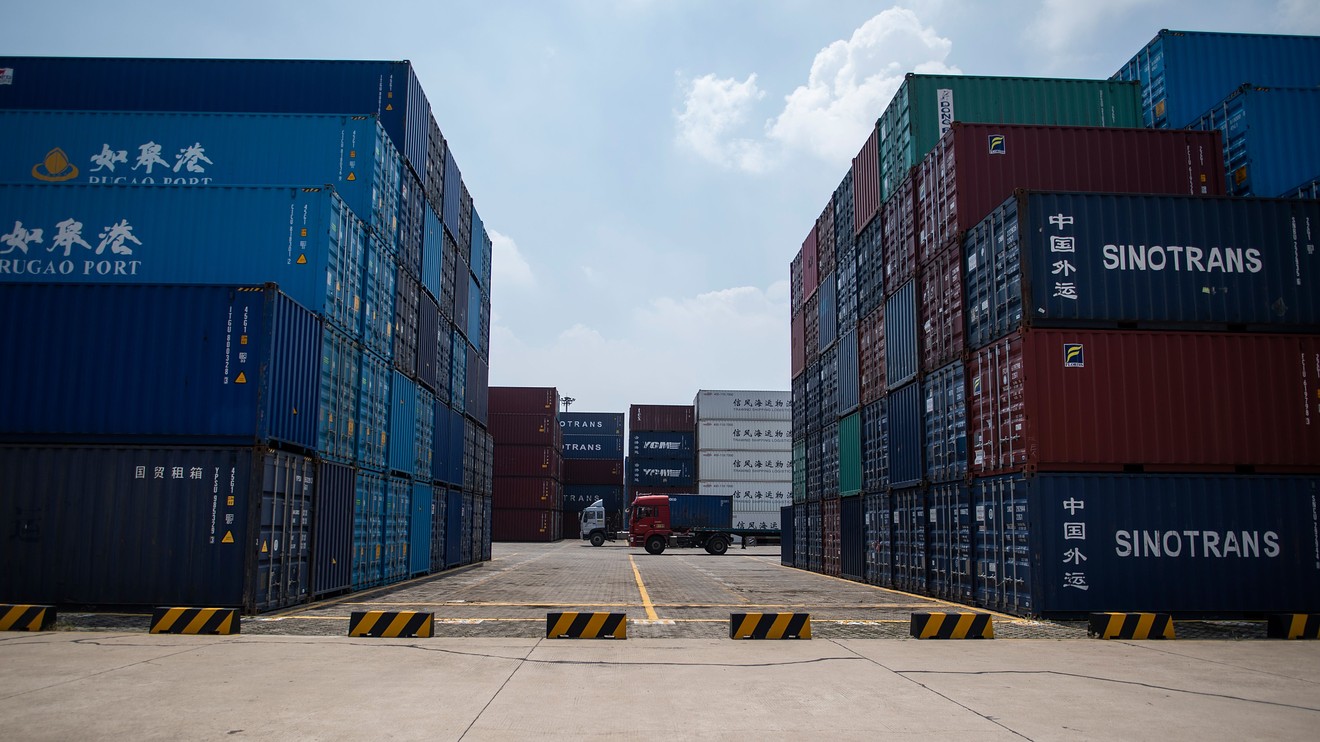 U.S. stock futures pointed to a lower start on Wall Street Monday as investors reevaluate the “phase-one” trade deal between the U.S. and China, announced in the final minutes of trade Friday, with growing concern that the agreement will not lead to significantly lower trade barriers or greater certainty over Sino-American trade relations.

How are the major benchmarks faring?

President Trump took to Twitter over the weekend to talk up the first phase of a trade agreement with China, announced Friday afternoon following two days of U.S.-China trade talks, which culminated in a meeting between the president and Chinese Vice Premier Liu He.

As part of the deal, the U.S. postponed a planned tariff increase on $250 billion in Chinese imports from 25% to 30%, originally set to take effect Tuesday, in exchange for Chinese promises to buy $40 to $50 billion in American agricultural products annually.

….I agreed not to increase Tariffs from 25% to 30% on October 15th. They will remain at 25%. The relationship with China is very good. We will finish out the large Phase One part of the deal, then head directly into Phase Two. The Phase One Deal can be finalized & signed soon!

But even this limited agreement has yet to be put into writing, while thornier issues remain unresolved, including U.S. allegations of intellectual property theft and unfair state subsidies of Chinese businesses.

Meanwhile, the threat of higher tariffs still hang over the global economy and financial markets, as a round of 15% tariffs on about $160 billion in consumer goods is still set to be imposed on Dec. 15th, underscoring the continued uncertainty that global business leaders face as they attempt to measure consumer demand and plan investment.

The Chinese aren’t ready to sign off on the handshake agreement made Friday, according to a report in Bloomberg, which stated that Beijing wants to restart talks as soon as the end of the month to nail down the final details, which may include a demand to scrap the December tariffs.

“On the one hand, this ‘mini’ deal is an encouraging sign, as it reduces the risk that the trade battle escalates into a full-scale cold war,” wrote Marios Hadjikyriacos, investment analyst at XM, in a Monday note.

“However, it doesn’t bring the two sides any closer to a ‘big’ deal – perhaps even the opposite,” he added. “By striking this truce, Trump has effectively alleviated much of the pressure on Beijing, meaning that the Chinese leadership won’t be in a rush to make any concessions on the real issues anytime soon.”

Economic data from China Monday showed the world’s second-largest economy is feeling the effects of the trade war, with exports falling 3.2% in September, and exports to the U.S. falling by 22%. Along with the 11th straight decrease in imports from the U.S., the bilateral trade surplus contracted for the first time since February. Overall though China’s trade surplus globally rose to $39.65 billion in September, from August’s $34.8 billion, as imports fell faster than exports.

Investors were also eyeing developments in negotiations over Britain’s exit from the European Union, after optimism that a deal could be reached rose Friday following productive negotiations between U.K. Prime Minister Boris Johnson and Irish Prime Minister Leo Varadkar on the difficult question of the customs border between Britain’s Northern Ireland and the Republic of Ireland.

The British pound GBPUSD, -0.8460%, however, retreated Monday, after the European Commission said late Sunday that “a lot of work remains to be done” to finalize Brexit, while questions remain as to whether British Parliament will accept a deal negotiated by Johnson.

Trading volumes may be lower Monday due to the U.S. Columbus Day holiday which closes federal government offices and the U.S. Treasury bond market but leaves the stock and commodities markets open.

Shares of Dow component Boeing Co. BA, +1.06%  were down 0.3% in premarket trade after the company’s board said late Friday that it voted to separate the roles of chief executive and chairman as the company has struggled to deal with issues related to the groundings of its 737 Max jet.

The aviation company said Dennis Muilenburg will continue as CEO, president and a board member, while David Calhoun, the current independent lead director, will become non-executive chairman.

Shares of Fastenal Co. FAST, +17.15%  were down 2% before the start of trade Monday after the stock was downgraded to “market perform” from a “strong buy” by Raymond James. The stock rallied 17.2% Friday after the company reported better than expected earnings for the quarter ended Sept. 30.

Sempra Energy SRE, -0.63%  announced Monday that it would sell its equity stakes in its Chilean businesses for $2.23 billion in cash to State Grid International Development. Shares were unchanged in premarket trade.