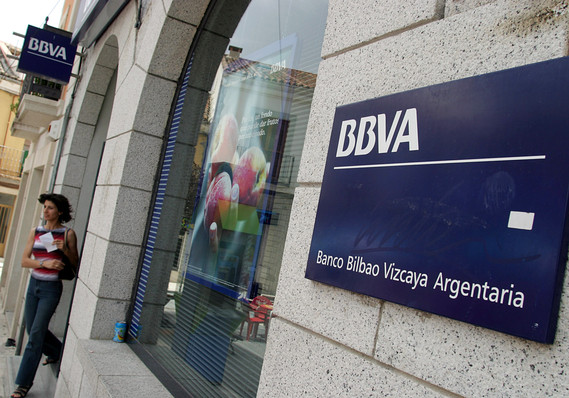 A customer leaves a branch of the BBVA bank in Madrid.

European stocks took a step backward on Monday as traders took more skeptical assessments on the prospect of a U.S.-China trade pact and a deal for Britain to leave the European Union.

On Friday, U.S. President Donald Trump announced what he called a Phase I agreement that will delay an increase in tariffs, increase Chinese agricultural purchases and address foreign currency levels. Even that agreement is only in principle and not set out in writing.

China characterized what had been agreed to as progress rather than a deal.

“While the partial deal points to possible progress in more challenging elements of U.S.–China trade and commercial relations, we think the risks of a breakdown will rise once talks move on to highly contentious issues,” said analysts at BNP Paribas.

U.K. banks also cooled off after Friday’s rally after European Union negotiators said they would ”intensify” discussions on a mutually agreed pact for Britain to exit from the bloc. After surges of roughly 12% each on Friday, Lloyds Banking Group LLOY, -3.38%   fell 3.5% and the Royal Bank of Scotland RBS, -3.02%   fell 3.6%.