Home
Stocks
1 in 5 LGBTQ adults isn’t registered to vote, despite high 2020 stakes
Prev Article Next Article
This post was originally published on this site 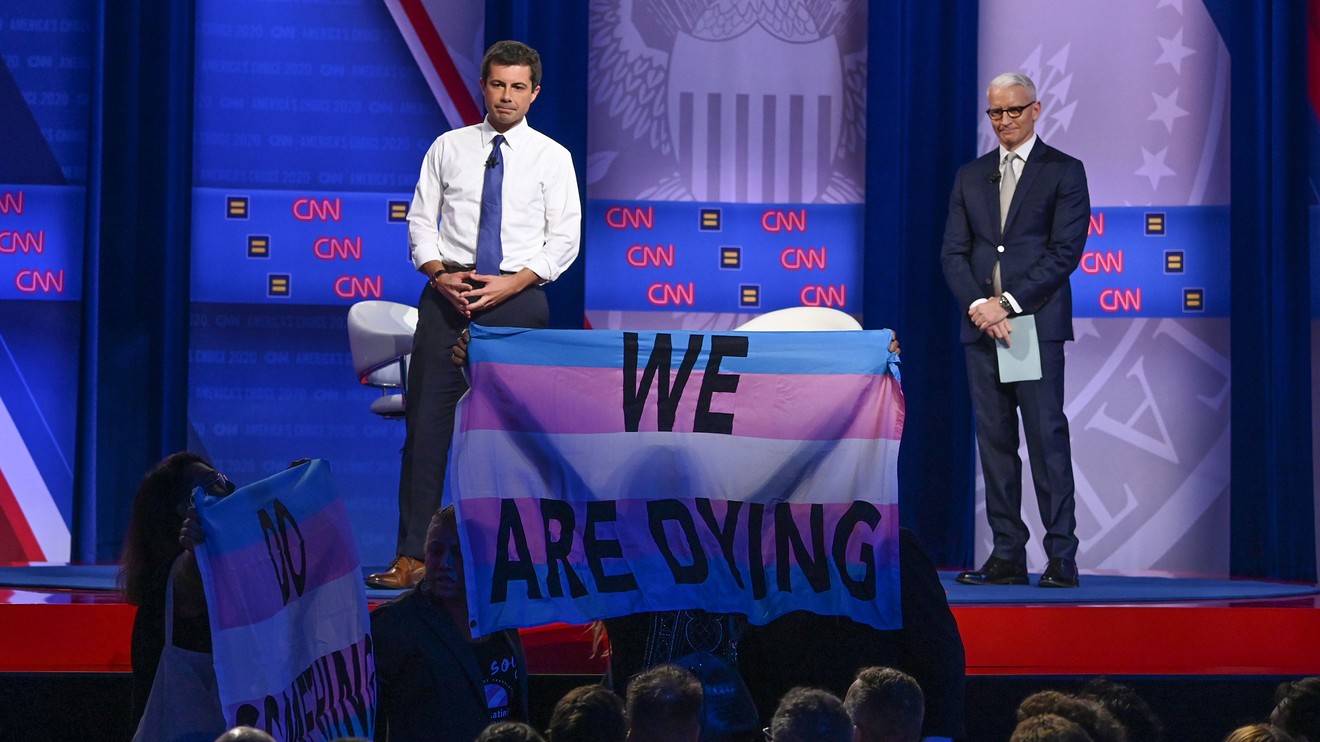 Some 21% of LGBTQ adults aren’t registered to vote, according to a study released this week by the University of California, Los Angeles’ Williams Institute. That’s compared to an estimated 17% of non-LGBTQ adults.

Some LGBTQ voters already face an uphill battle making their voices heard at the ballot box.

For instance, David said, voter-ID laws in some states requiring that a person’s documentation match their birth-assigned gender could preclude a transgender person from casting a ballot. While about 137,000 transgender people who had transitioned in the U.S. were eligible to vote ahead of the 2018 midterm elections, more than half might not have had documentation or ID that correctly reflected their gender, the Williams Institute found in August 2018.

Half of the LGBTQ adults registered to vote next November said they were Democrats, 22% were independents and 15% were Republicans.

With that said, almost 9 million LGBTQ adults are eligible and registered to vote next November, according to the most recent poll, which was conducted by Ipsos in collaboration with the Williams Institute and Thomson Reuters. Half said they were Democrats, while 22% were independents and 15% were Republicans.

The Williams Institute analysis comes ahead of a high-stakes election in which civil-rights protections for LGBTQ people could hang in the balance.

The Equality Act, a bill that would shield LGBTQ individuals from discrimination in credit, housing, employment and a range of other areas, passed earlier this year in the Democrat-led House. Activists believe that turning the Republican-led Senate blue in 2020 would boost the bill’s chances of being signed into law.

Many leading Democrats vying for the 2020 nomination — including former Vice President Joe Biden and South Bend mayor Pete Buttigieg, the only openly gay candidate running — have thrown their support behind the Equality Act. Sen. Elizabeth Warren (D-Mass.) has also proposed abolishing the filibuster to clear a path for the Equality Act’s passage, should Senate Republicans block it.

‘LGBT voters differ from non-LGBT voters in several ways. For example, they are more likely to be young, male, and live in urban areas.’

Senate Majority Leader Mitch McConnell has not brought the bill to the floor, and President Trump’s administration has claimed that the bill in its current form “is filled with poison pills that threaten to undermine parental and conscience rights.”

“I’m just going to be blunt: We’ve got to have some more Democrats in the Senate,” Warren said during CNN’s Equality Town Hall on Thursday, responding to a question about how to ensure that the Equality Act passed the Senate. “I’m willing to continue to push Mitch McConnell right now, but my No. 1 goal is to make sure he is not the majority leader come January 2021.”

The Supreme Court will make critical decisions for LGBTQ protections

Separately, the U.S. Supreme Court heard arguments on Tuesday to determine whether Title VII of the 1964 Civil Rights Act, which prohibits sex discrimination, also protects LGBTQ people from discrimination in the workplace on the basis of gender identity and sexual orientation.

“LGBT voters differ from non-LGBT voters in several ways. For example, they are more likely to be young, male, and live in urban areas,” study author Christy Mallory, the Williams Institute’s state and local policy director, added in a statement. “LGBT voters are also more likely to identify with the Democratic Party. Over four million LGBT Democrats are eligible to vote in the primaries next year.”