Home
Stocks
The Margin: Prince’s estate joins the likes of Rihanna, Pharrell and Adele in telling Trump’s campaign to stop playing their songs
Prev Article Next Article
This post was originally published on this site 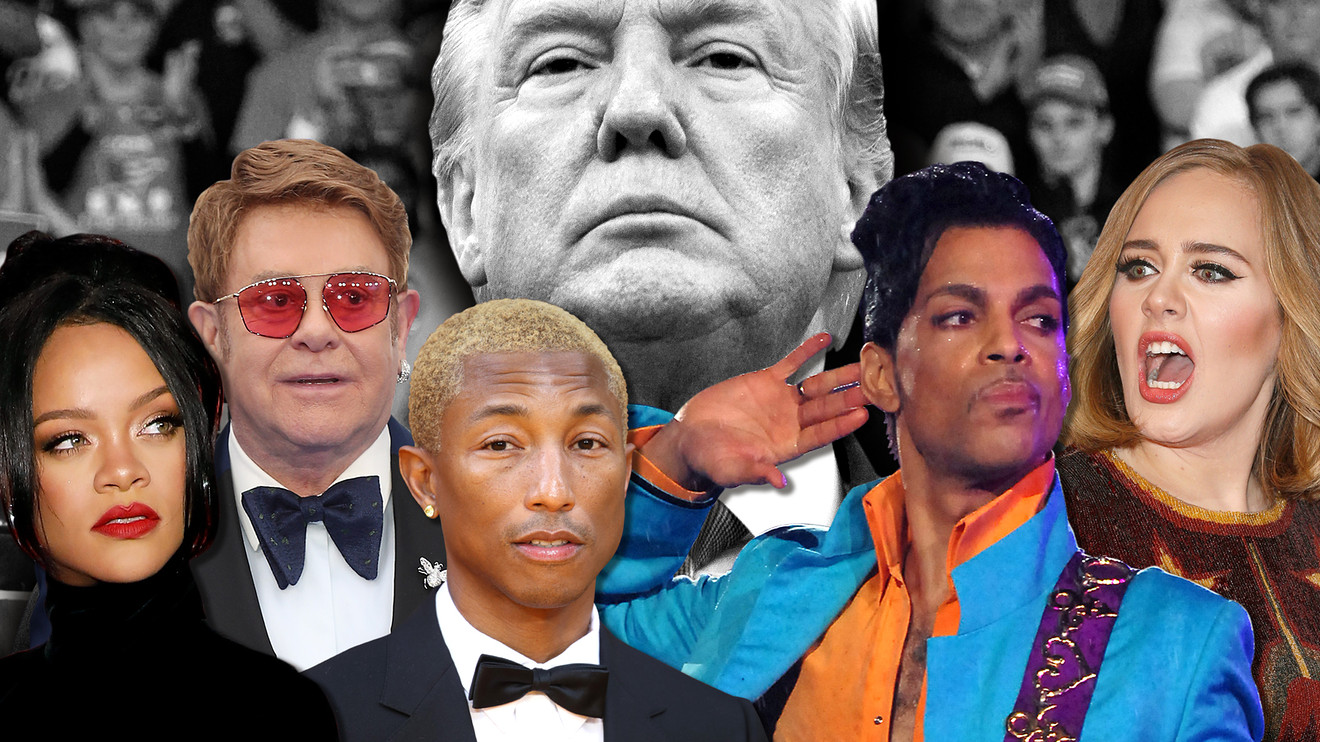 The Prince estate isn’t the first to rain, purple or otherwise, on Trump’s parade.

In fact, there’s a long history of musicians fighting with politicians over their rights to use songs on the campaign trail. President Trump, though, has been deemed notably discordant with the images many artists wish to portray.

The latest case study involves the Prince estate, which objected to the Trump campaign’s playing the Minneapolis music legend’s “Purple Rain” before a rally in the late artist’s hometown on Thursday night. The estate tweeted a statement afterward noting that, “The Prince Estate will never give permission to President Trump to use Prince’s songs.” It added a copy of a letter from a Trump campaign lawyer dated Oct. 15, 2018, that confirmed “the Campaign will not use Prince’s music in connection with its activities going forward.” Oops.

This comes just a week after Nickelback got Twitter TWTR, +2.07%  to remove the band’s doctored “Photograph” video from a Trump tweet, citing copyright infringement.

Who else has objected to being on Trump’s playlist?

When Trump first announced his presidential bid at Trump Tower in June 2015 by playing Neil Young’s “Rockin’ in the Free World,” the artist’s label responded that “Neil Young, a Canadian citizen, is a supporter of Bernie Sanders for President of the United States of America,” and that Trump was “not authorized” to use the song. A Trump spokesperson told Rolling Stone at the time, however, that the campaign had “paid for and obtained the legal right” to play the song.

Indeed, intellectual-property lawyer Danwill Schwender wrote in his 2017 article “The Copyright Conflict Between Musicians and Political Campaigns Spins Around Again” that because most artists give rights to perform their music to performance rights organizations (PROs), from which venues and events can then license the songs, that means the artists don’t need to be consulted about the playing of their music at events. So political campaigns can pay for the rights and use them, even if the artist objects.

Mick Jagger learned this the hard way after the Rolling Stones repeatedly asked Trump to “cease all use” of their songs. Jagger conceded artists “can’t stop” people from playing their songs during a Twitter Q&A a month before the 2016 presidential election. “They can play what they want,” he said.

Unfortunately the Trump campaign is using loopholes in the various venues’ blanket performance licenses which were not intended for such craven political purposes, without the songwriters’ consent.

But a PRO known as Broadcast Music Inc. did take the step of creating a separate license for “political entities and organizations,” which includes a clause that lets musicians pull their music from the license “for any reason” before or after it’s been used in a way they don’t like, Entertainment Weekly reported. So that’s how Queen was able to stop the Trump camp from using its songs after “We Are the Champions” was played at 2016 Republican National Convention, where Trump formally accepted his party’s presidential nomination.

An unauthorised use at the Republican Convention against our wishes – Queen

Other artists, such as Aerosmith, have cited the Lanham Act, which prohibits “any false designation or misleading description or representation of fact … likely to cause confusion … as to the affiliation, connection, or association of such person with another person.” In other words, by playing an artist’s song at a rally, a politician could make the audience think that musician supports the campaign.

Problem is, such cases are hard to prosecute — especially after an artist publicly denounces any affiliation with a candidate, which an attorney can argue would remove any confusion about whether the artist supports a candidate.

R.E.M., Adele, Ozzy Osbourne, Rihanna and Pharrell Williams are among the ranks of artists unhappy about being played at Trump events. But politicians on both sides of the aisle have been called out by performers for using their songs.

R&B tenor Sam Moore, of the duo Sam and Dave, asked Barack Obama to stop playing “Hold On, I’m Coming’” during his 2008 presidential campaign. (Audience members were changing the lyrics to, “Hold on, Obama’s comin’ ”.) Moore at the time wrote, “I have not agreed to endorse you for the highest office in our land. … My vote is a very private matter between myself and the ballot box.”

Cyndi Lauper chided the Democratic National Committee for using her 1986 hit “True Colors” in a 2012 attack ad against Mitt Romney. She tweeted, “I wouldn’t have wanted that song to be used in that way,” adding. “Mr. Romney can discredit himself without the use of my work.”

Whoever used my song should have asked, and 2, realized that Mr Romney can discredit himself without the use of my work. X cyn

A majority of these cases, though, do center on artist complaints against Republicans.

Bruce Springsteen has railed against Ronald Reagan, Bob Dole and Pat Buchanan for using “Born in the U.S.A.”

“Soul Man” singer Isaac Hayes sent a cease-and-desist letter to Bob Dole’s campaign in 1996 for recording a version of his song that changed the lyrics from “I’m a soul man” to “I’m a Dole man” and also took digs at opponent Bill Clinton.