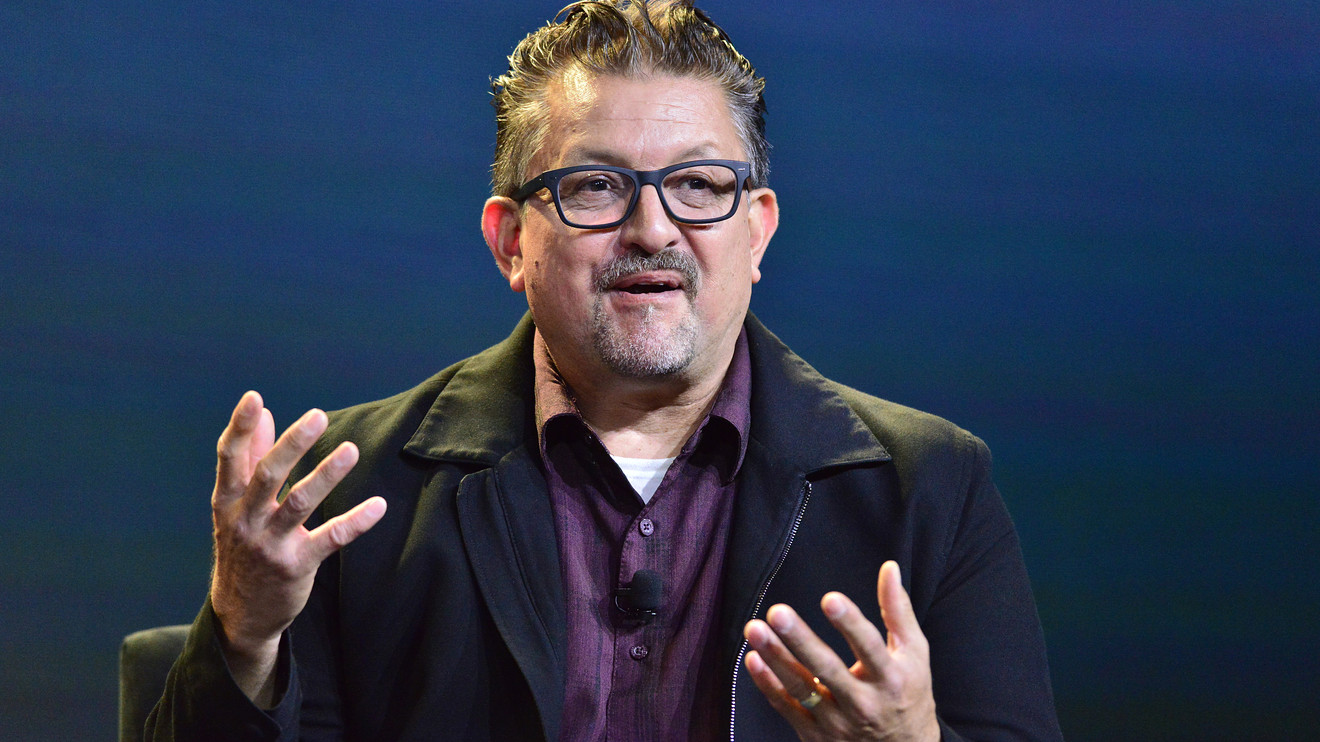 In a perfect world, Hollywood wouldn’t need consultants like Lalo Alcaraz to get it right.

Disney DIS, +0.01%   prompted outrage in 2013 after attempting to trademark the phrase “Día de Los Muertos” — the Mexican holiday Day of the Dead — for what would eventually become its Oscar-winning animated film “Coco.” Alcaraz, a writer, producer and nationally syndicated cartoonist, voiced his dissent in a cartoon depicting Mickey Mouse as a skeletal “Muerto Mouse” on a rampage. “It’s coming to trademark your cultura!” the illustration blared.

Disney took notice. Alcaraz later found himself working for Pixar as a cultural consultant on “Coco,” helping the filmmakers avoid similar missteps. And the movie, which featured an almost entirely Latino cast, earned praise for its portrayal of Mexican culture and went on to score Academy Awards in 2018 for best animated feature and best original song.

Today, the Southern California native serves as a cultural consultant and freelance writer for the Nickelodeon VIAB, +0.33%  animated series “The Casagrandes,” a spinoff of “The Loud House” about a multigenerational Mexican-American family set to premiere Monday. The show follows the exploits of 11-year-old Ronnie Anne Santiago (Izabella Alvarez) after she moves to a city with her mother (Sumalee Montano) and brother (Carlos PenaVega), featuring voices from actors like Melissa Joan Hart and Ken Jeong.

“I wish the job didn’t have to exist, because I wish everybody was culturally competent and we had mass diversity all over and equal representation — but we don’t,” Alcaraz, 55, told MarketWatch during last month’s L’Attitude conference in San Diego. (MarketWatch parent Dow Jones served as a media partner to the conference.)

Alcaraz, who grew up in San Diego as the son of two Mexican immigrants, says he wants “Casagrandes” viewers from multigenerational Latino families to see stories that reflect their lives — reacting along the lines of “That’s just like my abuela!” rather than “I’ve never heard a Latino say that before,” he said.

“I want them to not be pulled out of the moment — when I watch something and it’s got a bad, fake, obviously-Hollywood take on something Latino, it just takes me out and I don’t enjoy the experience anymore,” he said. “Some productions use Google GOOG, +0.53% GOOGL, +0.59% to figure out Latino stuff and put Spanish in things, and it always fails. It’s always awful.”

“Initially in the writer’s room we were shy about introducing it, thinking it might not be approved of by standards and practices, but the storyboard artists took the initiative and put a chancla in an episode,” Alcaraz said. Its addition proved “hilarious, authentic and traumatizing” for some show staff who came from Mexican and Latino upbringings, he said. (Memes have also captured this shared experience.)

Early on, Alcaraz also gave notes on the family structure and relationships unique to a family like the Casagrandeses, including the deference paid to elders. There was a moment where Ronnie Anne grabs her grandfather by the collar in a moment of anger, he said. “I said, ‘No, that would not happen in a regular big, Mexican family — that kid would be buried out back.’” Similarly, he said he reiterated to writers that Abuela was the head of the household.

The U.S. Hispanic population totals 58.9 million, translating to an estimated 18% of the population. Still, one 2014 study co-commissioned by Columbia University found that “with few exceptions, Latino participation in mainstream English-language media is stunningly low.” “Even further, when Latinos are visible, they tend to be portrayed through decades-old stereotypes as criminals, law enforcers, cheap labor, and hypersexualized beings,” the report’s authors added.

When the topic of Ronnie Anne’s father arose, Alcaraz said he “insisted that he be a professional.” The character, who would eventually be voiced by the prolific Mexican actor Eugenio Derbez, was written as a physician who lives and works in Peru. “That’s a win for me, in my book,” Alcaraz said.

Others have also lent their expertise to help boost the authenticity of film and TV projects. For instance, Américo Mendoza-Mori, a professor of Quechua and Spanish at the University of Pennsylvania, consulted for Paramount Pictures on the script for the new live-action Dora the Explorer film, “Dora and the Lost City of Gold.”

In the same vein, Disney reportedly brought on cultural advisers for last year’s live-action “Aladdin,” presumably to avoid criticisms of the original 1992 film that centered on Islamophobia and crude portrayal of Arab culture. (In the end, the remake stilldidn’t escape controversy.)

The hiring of cultural or diversity consultants on such projects has become a growing trend, said Rashad Robinson, president of the racial-justice organization Color of Change, which has provided pro-bono cultural consulting for shows including “Grey’s Anatomy,” “Being Mary Jane” and “Seven Seconds.” “More and more, consumers of color and white consumers want to see full, accurate portrayals of the world that we live in,” Robinson told MarketWatch.

But as valuable as cultural experts’ insights are, Robinson said, it’s important that consultants aren’t simply employed to avoid enacting more structural changes to writers’ rooms — like hiring people of color and giving them a platform to tell stories. Less than 14% of 3,817 writers on scripted shows in 2017 were people of color, according to a report commissioned by Color of Change.

“We can come in and consult — but we also don’t want to use our consulting to allow the networks [to] avoid having to actually deal with the diversity challenges,” he said.

When used properly, however, it can make all the difference to films and TV shows. For “Seven Seconds,” a Netflix NFLX, +4.84%  crime drama about the death of a black teenager, Robinson’s organization brought people who had been impacted by police violence into the writers’ room, he said, and provided writers with videos of actual bail hearings.