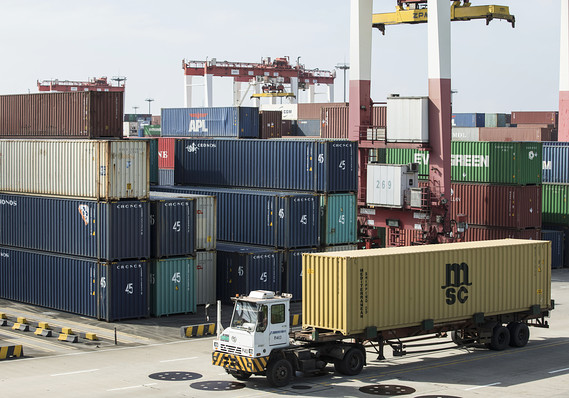 The cost of imports aren’t adding to U.S. inflation

The numbers: The cost of goods imported into the U.S. rose in September for the first time in four months, but most of the increase stemmed from higher oil prices. Import-related inflation more broadly was basically nonexistent.

Yet if fuel is excluded, import prices slipped 0.1%.

What happened: The cost of imported petroleum advanced 2.3% in September, erasing an increase of the same size in August.

Still, fuel prices are down 5% in the past year, and that’s acted as a big drag on overall import inflation.

The cost of most other imported goods were little changed. Import prices have fallen 1.6% in the past 12 months. 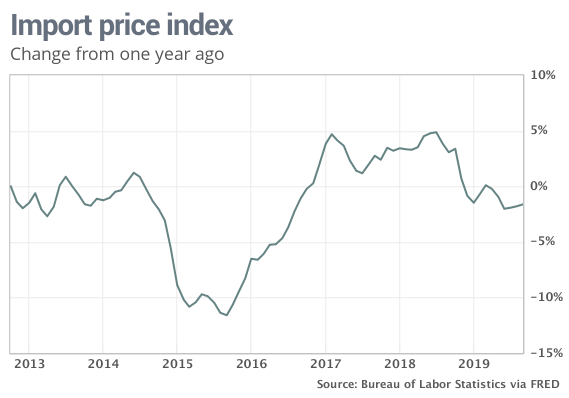 The prices that U.S. exporters fetch, meanwhile, declined in September for the fourth time in the past five months. A weaker global economy, strong U.S. dollar and ongoing trade tensions have hurt exporters, especially farmers.

Crop export prices sank 1.8% last month following a 2.3% drop in August. The trade war with China has reduced demand and thus prices for soybeans, corn and other agricultural products.

The cost of imports from China fell 0.2% last month and have declined 1.8% over the past year.

The decline in Chinese import prices, however, hasn’t been enough to prevent some of the cost of stiff U.S. tariffs on Chinese goods from being passed onto to American consumers.

Even so, the tariffs have not added much upward pressure to U.S. inflation.

Big picture: Inflation is still on the low side and unlikely to rise much if the economy continues to slow despite the effects of tariffs. Falling energy prices have put a cap on overall inflation even though some services such as rents and medical care have been rising at an accelerated pace.