Home
Stocks
Earnings Watch: 5 things to expect this earnings season
Prev Article Next Article
This post was originally published on this site 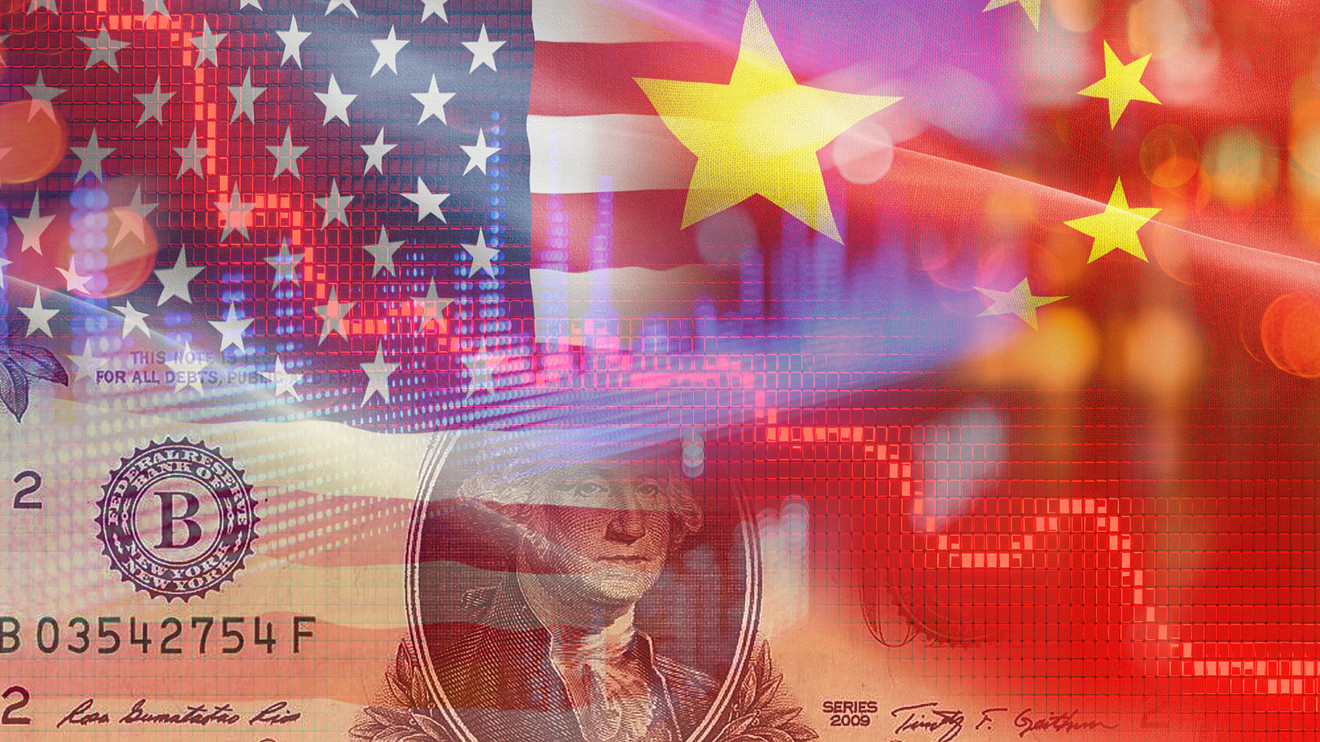 The third-quarter earnings season will kick off in earnest next week with the first reports expected Tuesday from big banks JPMorgan JPM, +2.26%, Goldman Sachs GS, +2.97%  and C, +2.48% along with fellow Dow components Johnson and Johnson JNJ, +1.87%  and UnitedHealth Group UNH, +0.66%.

Don’t miss: Bank earnings preview: The good times are coming to an end

It‘s a busy start — earnings season typically starts with just one or two bank reports — but expectations for the season are subdued. The continued trade tensions between the U.S. and China and a slowing global economy are already making themselves felt in economic data and company releases and economists are increasingly warning of a coming recession.

Companies with unusual fiscal years that have already reported have highlighted those issues and the dampening effect they are having on their businesses. Parcel delivery giant FedEx Corp. FDX, +2.61% , for example, said the decline in earnings that it reported for the quarter to Aug. 31, was due to the uncertain and shaky backdrop. Read more about FedEx’s earnings

The big shock was the U.S. Institute for Supply Management’s September manufacturing index that showed the biggest contraction since the end of the 2007 to 2009 recession and served as a wake-up call for anyone that doubts the China trade war is having an impact.

“Manufacturing weakness is close to dangerous levels,” said senior economist Chris Low of FTN Financial. “Historically, readings under 46 are consistent with recession. Manufacturing is a small part of the economy, but it is a vitally important one, producing income and multiplier effects, especially in the Midwest.”

That datapoint was followed by a disappointing ISM report on the services side of the economy, showing the weakest growth in September in three years.

“While Chinese tariffs are understandable, they are impacting our supply chain decisions,” one executive told ISM. “We are actively pursuing alternate sources for our China-based production. At this point, we have not passed on tariff costs to our customers, but we are evaluating all options.”

The FactSet consensus is for a third quarter of negative earnings growth, which would confirm and extend the earnings recession, which is typically recognized after two quarters of negative growth. The FactSet blended growth rate is a negative 4.77%, after an adjusted negative 0.5% in the second quarter. Energy and IT sectors are expected to be the weakest performers, followed by financials, consumer staples and consumer discretionary. The only sectors with positive growth forecasts are utilities, real estate, health care and communication services.

Here are 5 things that are expected to feature prominently this earnings season:

Tensions with China have spiraled this week amid a spat between the NBA and Chinese government over a tweet sent by Houston general manager Daryl Morey supporting the protesters in Hong Kong. The Chinese state broadcaster CCTV said it would no longer air two NBA pre-season games due to be played in China.

Then late Monday, the U.S. government announced plans to blacklist 28 Chinese tech companies because of their alleged role in human-rights violations against the Uighur Muslim minority. The news came just ahead of the resumption of talks between U.S. and Chinese negotiators to be led by China Vice Premier Liu He that kicked off on Thursday.

There’s a lot at stake.

“We view the coming weeks as either a “Fort Sumter” moment for the US/China UFC trade battle or a false alarm as the tariff can gets kicked further down the road with the pivotal $160 billion (e.g. electronics, processors, smartphones, etc.) tariff deadline looming for the tech space,” Ives wrote in a note this week.

Hopes for a deal grew as U.S.-China talks continued on Friday, with President Trump set to meet with China’s Vice Premier Liu He later in the day. Despite this optimism, with the Dow Jones Industrial Average DJIA, +1.47%  soaring 400 points Friday morning, many felt any boost to stocks would be fleeting given ongoing uncertainties.

“Regardless of whether the two sides can reach a short-term, narrow truce, we remain pessimistic on the U.S.-China economic relationship over the medium term,” wrote Nomura chief U.S. economist Lewis Alexander in a note to clients.

That uncertainty is expected to extend into next year, which could put a damper on corporate guidance. Alec Young, managing director of global markets research at FTSE Russel, said a trade deal that forestalls new tariffs going into effect on Oct. 15 may be perceived by investors as a positive, but it is “critical” to remember that it doesn’t mean things are getting better, only that things aren’t getting worse.

“Until we get a deal that ends existing tariffs, 2020 earnings visibility will remain murky, especially in light of the ongoing weakness in the global economic growth outlook,” Young said.

It’s easy for companies to blame the trade war for their troubles, because that implies a potentially temporary effect that is out of their control. An economic slowdown driven by weakness overseas, whether it is a result of trade uncertainty or not, is something that can’t be fixed with a tweet or a trade agreement.

Investors should keep a keen eye on the geographic breakdowns of revenue or profit growth, to see the extent of international weakness, and whether that weakness has started hitting domestic results.

And although the macroeconomic and trade outlooks are closely connected, recent corporate commentary suggests they need not be mutually exclusive.

Kraton Corp. KRA, +3.92%  isn’t in the S&P 500 — it’s in the S&P Small Cap 600 SML, +2.55%  —but given the wide-range of industries that the specialty chemical company’s customers are from, investors should take note that the company said fundamental demand in China, Europe and North America “weakened notably” as the quarter progressed.

The company, which warned of a profit and cash flow shortfall, also said the more “broad-based global economic slowdown” isn’t likely to reverse course for the rest of the year.

Kraton’s mention of North America, as well as recent data showing a contraction in manufacturing activity, suggests the overseas weakness is starting to hit the U.S. shores.

Tools and manufacturing supplies maker Fastenal Co. FAST, +16.13%, which generates nearly 90% of its revenue in the U.S., according to FactSet, said the “general slowing” in economic activity it witnessed during the second quarter continued into the third quarter.

The U.S. economy’s strength relative to the economies of Europe and China has helped keep investment in the U.S. more attractive, which in turn has helped boost the dollar’s value relative to the currencies of its major trading partners.

While that might help lower the cost of imports, it also reduces the value of corporate sales and profits from overseas operations.

Considering that nearly 40% of the S&P 500 companies’ revenue comes from overseas, according to FactSet, a strong dollar could have a meaningful impact on financial results.

The average daily price of the ICE U.S. Dollar Index, which measures the buck against a basket of six major rivals, was 97.97 during the third quarter, up 3.2% from the daily average during the same period a year ago. More specifically, the dollar strengthened by 4.2% versus the euro and 2.5% versus the Chinese renminbi.

But considering how the pace of dollar gains has slowed, after rising 5.0% during the second quarter, investors should watch out for companies that put too heavy a blame on currency moves, in order to deflect attention from weakness resulting from fundamental reasons.

Oracle Corp. ORCL, +2.28%  said currency moves, which were “modestly more than expected,” widened the decline in net income to 6% from 3% in its recent earnings, and trimmed revenue growth to flat from up 2%. Nike Inc. NKE, +0.89%  said currency translation cut revenue growth by 3 percentage points to 7%, while dollar strength shaved about 7 cents per share from Carnival Corp.’s CCL, +2.66% earnings.

Companies are charging more and it’s working, so far

One of the key uncertainties surrounding the impact of tariffs was whether companies would eat the higher costs, pass them directly to consumers, or do both.

Investors should keep a close eye on what companies say about price and/or sales mix, which is another way of describing higher-and-lower priced products, and the impact on gross margins. Were sales boosted by increased demand or by higher prices, or were customers unwilling to pay more?

Results from some early reporters suggest customers have been willing to pay a little more.

Chief Executive Jeffrey Harmening of General Mills, which missed revenue expectations but beat on profit, said flat out that one reason behind its “good” profitability was “because of our pricing.”

Fastenal reported Friday third-quarter profit and sales that rose above expectations. The company said that while “higher product pricing” helped lift sales for the quarter, gross margin fell to 47.2% from 48.1%, as sales growth occurred in lower margin products and cost inflation took a bite.

Meanwhile, FedEx has yet to pass on increased costs to its customers, as the company isn’t raising prices for ground and home delivery by 4.9% and for freight shipping by 5.9% until Jan. 6.

The third quarter reports will also offer the first glimpse at how the holiday season is faring, along with expectations and forecasts from retailers and consumer goods companies, along with big tech and others.

Experts are overall bullish about growth during this key shopping season, but as global consulting firm AlixPartners and the National Retail Federation (NRF) agree, the uncertainty about trade, tariffs and interest rates, are all factors that will impact shoppers’ confidence to spend freely on holiday gifts and gatherings.

“’Unprecendented uncertainty’ might be the best term to use to characterize this upcoming holiday season,” said Joel Bines, global co-leader of the AlixPartners retail practice, in a statement.

Companies are unsure how things will pan out. When asked for a “temperature check” on the consumer during the most recent earnings call, Richard Galanti, Costco Wholesale Corp.’s COST, +0.57% chief financial officer, spoke to the lack of clarity about the months ahead.

“[W]e’re still seeing good growth, certainly very good renewal rates, good results at openings, so we feel free good about it,” he said, according to a FactSet transcript. “Now if you ask me how does that relate to the consumer, who the heck knows.”

Still, while the lack of clarity is creating queasiness, factors like low unemployment rates and higher wages are positives. And the strategies and investments that retailers have put in place over recent quarters to strengthen both their e-commerce and bricks-and-mortar businesses are showing results. Retail sales grew more than 4% year-over-year according to U.S. Commerce Department numbers released last month.

See: How the trade war could sideline plans for Super Bowl Sunday

“We continue to believe that despite the challenging and highly competitive retail environment, total retail sales will grow around 4% in 2019, driven by strong topline growth for larger, well capitalized retailers with strong e-commerce capabilities and for retailers that offer a compelling value and convenience proposition to consumers,” said Mickey Chadha, Moody’s vice president, in a note.