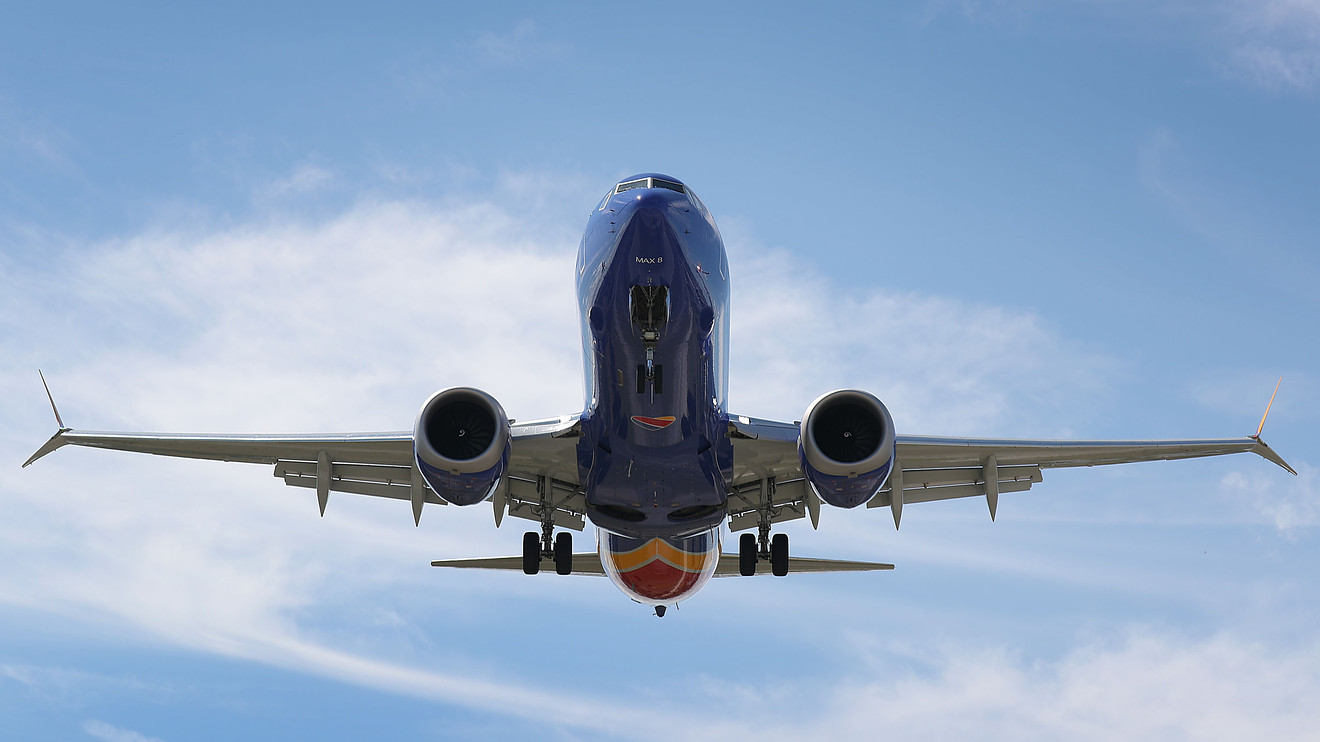 Travelers looking to score a bargain on flights home for the holidays this year may be out of luck — and experts say the grounding of the Boeing 737 Max aircraft is largely to blame.

Aviation authorities forced airlines to take the Boeing 737 Max aircraft BA, -1.06%  out of service earlier this year after the plane was implicated in two separate disasters. Issues with the aircraft’s software likely contributed to the crashes of Lion Air Flight 610 and Ethiopian Airlines Flight 302, which resulted in the deaths of 346 people. Some analysts have suggested that the aircraft may never resume service.

(Boeing did not immediately return a request for comment.)

Many airlines that include the 737 Max aircraft in their fleet have opted to remove the planes from their schedules through to the early weeks of 2020. As a result, airlines have had to re-book passengers on other flights and cancel some planned trips entirely.

‘The odds that fares will come down around popular holiday travel dates are even slimmer this year.’

Most people will be aiming to travel on just a handful of dates during the holiday season. “They’re left operating at reduced capacity and, with seat supply diminished at a time when demand is highest, fares will go up,” said Tracy Stewart, content editor at airfare deal site Airfarewatchdog.com.

Also see: The U.S. grounds the Boeing 737 Max aircraft — what that means for air travelers

American Airlines AAL, +0.42%  announced this week that it now expects the 737 Max to reenter service on Jan. 16, 2020 — previously the airline planned to begin the aircraft again starting Dec. 3 of this year.

Previously, Southwest Airlines LUV, +0.34%  said it was pulling Max flights from its schedule through Jan. 5, 2020. “The limited number of customers who have already booked their travel and will be affected by our amended schedule will be proactively notified of their re-accommodated travel plans, according to our flexible accommodation procedures,” the airline said.

United Airlines UAL, +1.02%, meanwhile, has only pulled Max flights from its schedule through Dec. 19. “During this period, we’ll continue to take extraordinary steps to protect our customers’ travel plans,” the airline said. “Moving forward, we’ll continue to monitor the regulatory process and nimbly make the necessary adjustments to our operation and our schedule to benefit our customers who are traveling with us.”

United previously said it expected to cancel roughly 2,800 flights in November and 1,700 flights through Dec. 19 as a result of the Max grounding.

Overseas, European low-budget carrier Ryanair RYAAY, +0.78%  has said it expects to cut or close “a number of loss-making Ryanair bases” this winter because of the late delivery of 30 Max aircraft.

Airlines for America, a trade organization representing the airline industry, said airlines were doing their best to keep costs low during this challenging period. “Airlines impacted by the 737 MAX grounding are continuously adjusting their flight schedules and operational plans in order to minimize the impact on customers,” a spokesperson said in an email to MarketWatch. “Those carriers have utilized spare aircraft, increased utilization of other aircraft types, deferred discretionary maintenance such as repainting and Wi-Fi installation, and reduced frequency on longer routes where alternative routings were practical.”

How the Max grounding will affect ticket prices

Airlines have made changes since last spring when the grounding began, but the holiday season could prove more challenging and more expensive, travel experts said.

“Airlines with grounded 737 Max planes worked to manage capacity over the summer by shifting capacity to ensure coverage of high-demand routes by reducing and suspending daily service on lower-demand routes,” said Hayley Berg, an economist at travel app Hopper. “During peak holiday seasons, however, there is more demand for travel from larger hub airports to smaller, local airports as travelers head home for the holidays.”

Don’t miss: The best time to book your holiday flights… is right now

Prices could go up especially for flights to or from cities that are hubs for Southwest and American Airlines, since those two airlines have borne the brunt of the Max grounding since they had more of those aircraft in their fleet than other domestic airlines.

‘With seat supply diminished at a time when demand is highest, fares will go up.’

Southwest cancelled daily service between Pittsburgh and Los Angeles earlier this summer due to the Max grounding. While prices remained stable over the summer for this route, Berg said they could be between 22% and 30% higher than they were a year ago in the fall through the holidays.

Another factor travelers need to consider, Stewart said, is weather. Snow storms can become travel nightmares when they coincide with peak travel dates during the holiday season — and matters could get especially dicey this year because of how many airlines are operating at reduced capacity.

On the upside, flight prices have declined in recent years thanks to increased competition among airlines and the expansion of low-cost carriers, Berg said. “The final piece of this year’s favorable price equation are oil prices; as prices remain lower than 2018 levels,” she added.

Read more: Why Thomas Cook’s sudden collapse would be financially catastrophic for customers if it happened in the U.S.

What to consider when booking flights

Book early. “The odds that fares will come down around popular holiday travel dates are even slimmer this year,” said Gabe Saglie, senior editor at travel site Travelzoo. “When you see a fare you like, especially if you have little flexibility around your travel dates, book it.”

Flexibility will also prove critical. Flying far in advance of the holidays — or flying on the days of Thanksgiving and Christmas — can prove cheaper. Similarly, if you have multiple options of airports to fly in to or out of, be sure to check them all.