After literal decades of clamoring from enthusiasts, the Toyota Supra is back for the 2020 model year. While its basic powertrain and layout hark back to the beloved MKIV Supra sold here in the U.S. from 1993-1998, there’s something notably German about the new 2020 Toyota Supra, mainly the fact that it was co-developed by BMW, and the sheer number of BMW roundels and part numbers on this thing might lead one to question just how much Toyota TM, -0.27%   really contributed to the final product beyond offering up the Supra’s legendary nameplate. Nonetheless, if you can look past the questionable DNA of the new Supra, you’re left with a rear-wheel-drive sports car that is delightful to look at and even more delightful to drive. 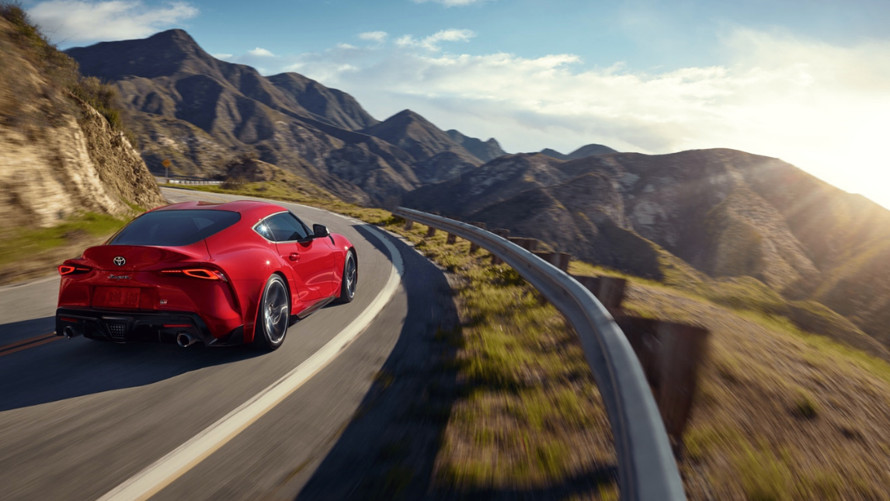 The new Supra is a blast to drive.

Toyota is adamant that once the basic architecture that was set to underpin both the Supra and the new BMW Z4 was finalized, the two companies parted ways, with Toyota handling the bulk of the development that went into the new Supra. The story Toyota tells is that the Supra had to have an inline-six cylinder engine given its heritage, and since BMW is one of the few automakers left to mass-produce a straight six, it was logical for the two companies to partner up for the development of a new rear-wheel-drive sports car platform. Given the shift toward SUVs and electrification taking place in the current automotive climate, the Supra will certainly be a low-volume selling vehicle, so its only good business sense for Toyota to share its development with another automaker. And it could’ve done a lot worse than BMW, a company known for engineering legendary performance vehicles. Let’s just hope that Toyota’s knack for reliability rubbed off on BMW during the Supra’s development process. The Supra is built in Graz, Austria alongside the new Z4.

The Supra is all-new for 2020, reviving a nameplate that’s been dead in the U.S. for over two decades.

Under the hood of the new Supra is a turbocharged 3.0-liter BMW inline 6-cylinder putting out 335 horsepower and 365 lb-ft of torque and mated to an 8-speed ZF automatic transmission sending power to the rear wheels. While these are the figures officially published by Toyota, independent testing has revealed the Supra’s power output to be understated, something not uncommon when it comes to BMW engines. The Supra’s performance credentials are somewhat understated as well. While Toyota advertises a 0-to-60 mph time of 4.1 seconds, reviewers have clocked the new Supra at 3.8 seconds to 60—impressive indeed. While the Supra is offered with some options, none of them contribute directly to the performance of the vehicle, so every Supra should offer identical handling and acceleration characteristics. The EPA rates the Supra at 24 miles per gallon in the city, 31 mpg on the highway and 26 mpg in combined driving. 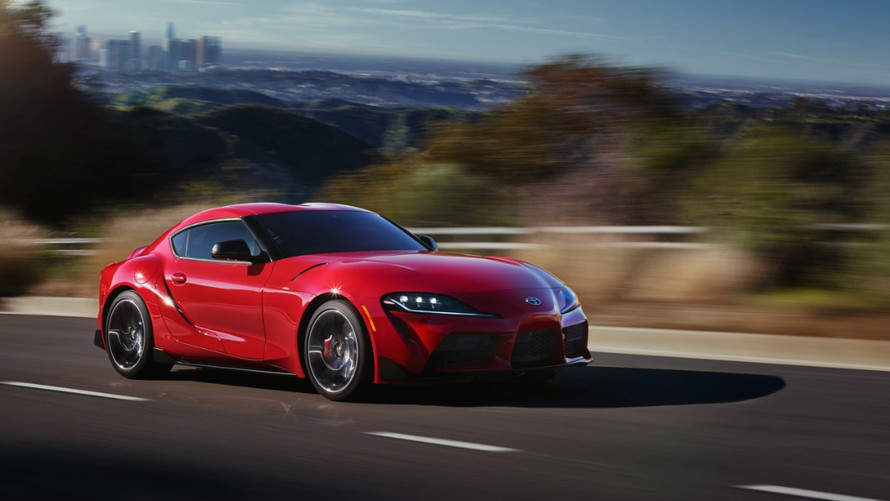 The new Supra: likely more BMW than Toyota is willing to admit.

The Supra can be had with two different infotainment systems. On the low end is a 6.5-in screen with a 10-speaker audio system, iPod connectivity and Bluetooth. This is pretty basic for a modern vehicle and the upsell that’s coming next speaks directly to the Supra’s BMW roots.

A few additional active safety features are offered through what’s being referred to as a “Driver Assist Package,” which costs $1,195. This gets you full-speed adaptive cruise control (which means it works in stop-and-go traffic), blind spot monitoring with rear cross-traffic alert, and rear parking sensors.

The Supra will be offered in three different variations at launch. The basic 3.0 model starts at $49,990 before fees and delivery charges and comes standard with the basic 6.5-in infotainment setup. A “Premium” trim is offered for $53,990 and comes with the larger 8.8-in screen with Apple CarPlay, navigation, and the like.

The Insurance Institute for Highway Safety doesn’t test sports cars like the Supra, so it’s hard to say how it stacks up relative to the competition from a crash protection standpoint.

That said, the Supra does offer most of the active safety features you could want in a vehicle today. Worth mentioning here is that given the vehicle’s BMW componentry, Toyota won’t be marketing the system as “Toyota Safety Sense” as it does throughout the rest of its lineup. Standard safety tech consists of forward-collision warning, automatic emergency braking with pedestrian detection, lane-departure warning with lane-keeping assist, and automatic high beams. Full-speed adaptive cruise control (which will work in stop-and-go traffic), blind spot monitoring with rear cross-traffic alert, and rear parking sensors are available via the “Driver Assist Package”

The new Supra is a blast to drive. It isn’t a surprise that power output and acceleration figures have both been revealed to be understated by Toyota, as this thing is seriously quick. The sounds from the engine are exactly what a performance car should sound like, and the exhaust crackles and pops through the dual rear tips when you lift off the throttle after hard acceleration. There’s also a sport mode that when engaged causes the automatic transmission to shift gears more aggressively, the adaptive suspension to stiffen, the steering to become more precise, and the active exhaust to get louder.

Inside, if it weren’t for the Toyota logo on the steering wheel, you’d think you were sitting in a BMW. This is because the Supra’s door controls are from BMW, the buttons for the radio presets are from BMW, the infotainment system is from BMW, and the wonky thumb-like gear selector lever is from BMW. While we would have loved to see what Toyota could have done on its own when it comes to designing a premium sports car interior, deep down we’re glad that the Supra uses BMW componentry as its some of the best in the industry. Let’s just hope it holds up over the years like we know Toyota’s own stuff would.

Unlike the MKIV, which offered seating for up to four people in a pinch, the new Supra comes with only two seats and is fully open between the seat backs and the rear cargo area. This allows you to, for example, grab your jacket from the trunk during rush hour traffic just by reaching over your right shoulder. Combined with its hatchback-style rear opening, this serves to make the Supra a little more practical. But just a little.

Other cars to consider

While many diehard Toyota enthusiasts will place a deposit on a new Supra without even taking one for a test drive, the Supra holds its own as a pure sports car. The Supra is also likely more BMW than Toyota is willing to let on, but while we love Toyota for its reliability and resale value, we don’t view it as a bad thing that the automaker responsible for the M3 and the 7-Series was highly involved in the development of the company’s flagship performance car. Regardless of how many of its parts read “Bayerische Motoren Werke AG” on their ID tags, the Supra is a great performance car. Additionally, given the value behind the name, we expect the Supra to remain in demand and thus hold its value for years to come, making it the better choice over a comparable Z4. Without question, the Supra is fun to look at and a blast to drive, so if you’re in the market for a new sports car, we recommend adding the reborn Supra to your list. While cost is always a consideration, we’d likely opt for the Premium model with the Driver Assist Package, as having top-of-the-line infotainment and safety tech will keep your Supra feeling new longer. The 2020 Toyota Supra is on sale now.