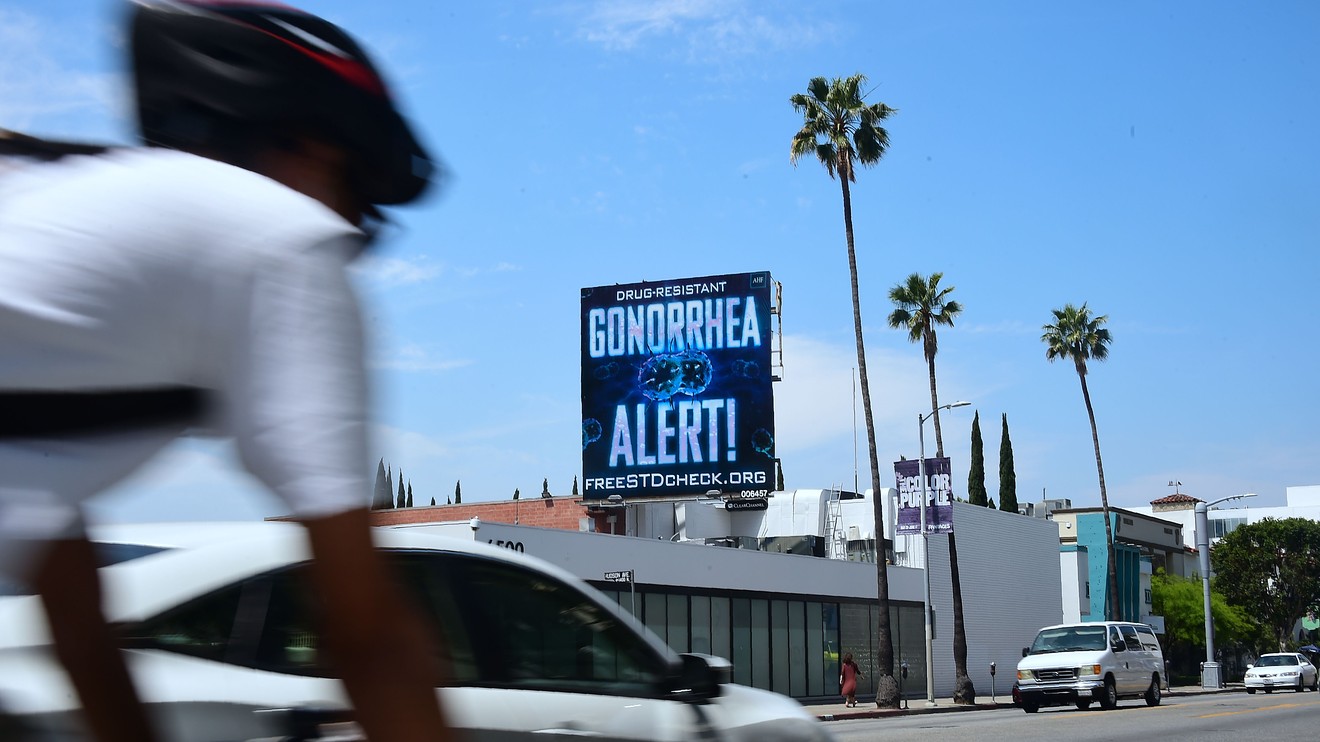 A trio of common sexually transmitted diseases has reached record highs in the U.S., the Centers for Disease Control and Prevention said this week, sounding the alarm about a rise in newborn deaths linked to syphilis.

The spike in congenital syphilis cases — that is, syphilis passed from mothers to babies during pregnancy — is a particularly troubling development, the CDC said: Those cases increased 40% to 1,306 from 2017 to 2018, the most cases since 1995. And the number of congenital syphilis-related newborn deaths ticked up from 77 to 94, a 22% increase.

The increase in congenital syphilis coincides with rising syphilis rates among reproductive-age women, Gail Bolan, the director of the CDC’s STD prevention division, said in a letter announcing the findings. “One clear solution is to intensify our efforts to find women with syphilis and swiftly connect them to care and immediate treatment,” she said. “Doing so keeps them healthy and, for those who become pregnant, it keeps their babies healthy, too.”

Meanwhile, gonorrhea cases rose 5% to 583,405 cases, another record high since 1991. Chlamydia cases rose 3% to an all-time reported high of more than 1.7 million. While syphilis, gonorrhea and chlamydia are curable with antibiotics, they can lead to serious health problems if left untreated, the CDC said.

Separate CDC analyses released earlier this year suggests gay, bisexual, and other men who have sex with men are at increased risk for STDs. The rise in STDs among women also suggests a concurrent rise in those diseases among heterosexual men, the CDC said.

A 2013 CDC study estimated that “the lifetime cost of treating eight of the most common STIs contracted in just one year is $15.6 billion” in 2010 dollars.

Under the Affordable Care Act, any major medical plan sold after 2014 should cover at least 15 free preventative services and one wellness visit. Included in those are services like diet counseling, depression screening and immunization vaccines, so a consumer may exceed the limit before ever getting tested for STDs. The co-pay for such a test obviously varies depending on the insurance carrier, but some estimates put that cost at between $50 and $100.

At-home, mail-in STD tests can also provide an added layer of privacy and convenience — though some have raised issues regarding their accuracy, suggested they might be an inadequate substitute for an actual doctor visit, and questioned whether they lead to the right populations being tested for the right infections. They range in price from $45 to $350.

So what’s behind the sustained escalation of STDs? The CDC points to a number of factors that can stifle access to prevention and care, including poverty, unstable housing and stigma; reduced condom use among high-risk groups like gay and bisexual men and young people, and budget cuts to state and local STD programs that have led to “clinic closures, reduced screening, staff loss, and reduced patient follow-up and linkage to care services.”

The Great Recession hit local governments hard, said Adriane Casalotti, the chief of government and public affairs for the National Association of County and City Health Officials (NACCHO), which represents local health departments across the country. Since 2008, she told MarketWatch, the local health-department workforce has shrunk by nearly a quarter.

“When it comes to STD prevention in particular, workforce ends up being even more critical, in a way, because [of] the labor intensity of getting people tested and treated and then finding out where the networks are of other people that might be at risk,” Casalotti said.

Disease-intervention specialists play a particular role on the ground, she added — working nontraditional hours, meeting with sometimes apprehensive patients, linking those patients with care if they test positive for STDs, and then bringing services to other populations that may have been exposed. “You can’t do that if you don’t have the staff,” Casalotti said. “And the staff were cut because they didn’t have the budgets.”

That said, cash- and personnel-strapped public-health departments have developed innovative ways to use what resources they do have to streamline the testing and treatment of STDs, Casalotti said. She pointed, for instance, to NACCHO’s CDC-funded STD Express Initiative, which involves “triage-based” testing and clinic visits without a full physical exam, self-collection of swabs by patients, and automation to speed up the process.

It’s possible that the STD surges reported by the CDC may counterintuitively signal that public-health professionals are doing a good job — that is, finding more cases of often asymptomatic STDs, Casalotti said. “Maybe we’re actually doing better at testing and treatment,” she said. “But what we need to be doing better is on that prevention.”

Even as STD rates climb, studies indicate that American adults — especially young ones — are having less sex than they did in previous years. But Casalotti points to 2018 CDC data suggesting that while young people may have less sex or fewer sexual partners, the prevalence of condom use during sexual encounters among sexually active high-school students decreased between 2005 and 2017, putting people at greater risk of STD transmission.

This highlights the importance of comprehensive sex education that teaches young people how to protect themselves, Casalotti said, and does so in a way that doesn’t stigmatize certain populations who don’t typically see themselves in traditional sex-ed class settings, such men who have sex with men.

“When they do have sex — no matter what the frequency is — they need to be able to protect themselves,” she said.