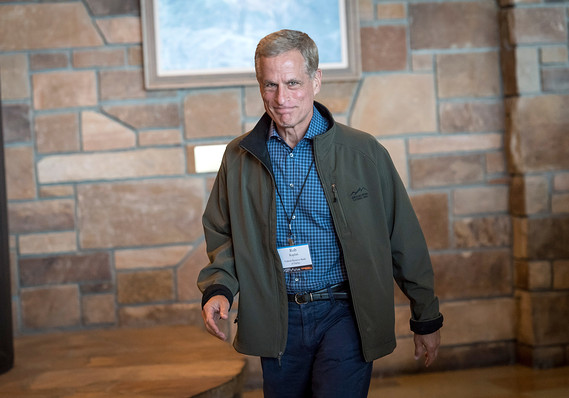 Dallas Fed President Robert Kaplan is not a voting member of the FOMC this year.

Dallas Federal Reserve President Robert Kaplan said Thursday he won’t commit to a course of action for monetary policy ahead of the Fed’s late October policy meeting, preferring instead to carefully watch to see if the economy weakens or downside risks alleviate.

“I intend to avoid being rigid or predetermined from here, and plan to remain highly vigilant and keep and open mind as to whether further action on the federal funds rate is appropriate,” Kaplan said in an essay posted on his regional Fed bank’s website.

Kaplan said he shared the concern expressed by other Fed officials, revealed in the minutes to the Fed’s September policy meeting, that weakness in business spending could spread and ultimately impact consumer confidence and spending.

On the other hand, he said downside risks might alleviate some if trade tensions moderate somewhat. And he said he was “mindful” of the argument of Fed hawks that interest rate cuts might create asset bubbles as investors seek higher yields.

Kaplan said he agreed with Fed critics that the monetary stance of Fed policy was too tight prior to the central bank reversing course with two rate cuts in July and September.

In an interview on Bloomberg Television, Kaplan said he didn’t support the push from some Fed officials for the central bank to publicly announce when it was finished easing monetary policy.

He added that he still didn’t think the Fed was on a path to cut rates to zero.

“I still believe” that this cutting will be limited and modest and not the start of a “full-fledged cutting cycle, he said.

On the volatility seen in the money-markets last month, Kaplan said he supports “more permanent steps” to ensure the funding market functions, an apparent reference to a standing repo facility that many have called for to provide more liquidity.