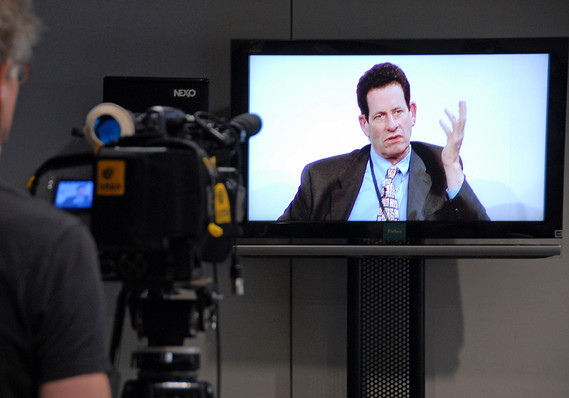 A well-known investor so scandalized attendees at a high-profile financial industry event with sexually offensive comments that several of them broke non-disclosure agreements they signed to attend in order to speak out.

But Ken Fisher, who founded the wealth management firm that bears his name, says he doesn’t understand what everyone’s so upset about.

Fisher, who founded Fisher Investments in 1979 and now manages $112 billion, was interviewed in a fireside chat at the Tiburon CEO Summit in San Francisco Tuesday. According to media reports, Fisher told the crowd that winning clients was like “trying to get into a girl’s pants,” among other things.

“The conference content is supposed to be kept private, so that CEOs can be candid about internal business opportunities and challenges,” Dreizler said. “Since this content is not about business issues, I’m choosing to break that code of privacy to confirm that the comments from the stage were indeed outrageous.”

But in an interview with Bloomberg News after the social media backlash began, Fisher claimed to be confused. “I have given a lot of talks, a lot of times, in a lot of places and said stuff like this and never gotten that type of response,” Fisher said.

He also said that he thought his comments were taken out of context and added, “mostly the audience understands what I am saying.”

Bloomberg also obtained a recording of a talk Fisher gave last year, in which he said it’s “the most stupid thing” an asset manager can do is to “brag about performance in a direct mail piece,” which is “a little bit like walking into a bar and you are a single guy and want to get laid and walking up to some girl and saying: ‘Hey you want to have sex?’ You just turn yourself into a jerk.”

Fisher told Bloomberg that on the one hand he feels targeted because he manages so much money, but also said “I regret I accepted that speech invitation because it was kind of a pain in the neck.”