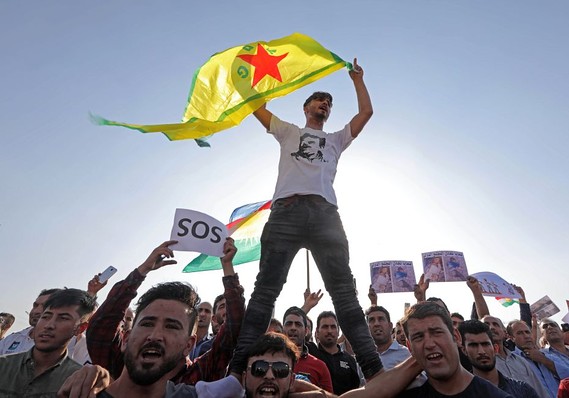 ‘I am ashamed for the first time in my career.’

That’s how one Special Forces soldier in Syria described his personal feelings on Wednesday toward the Trump administration’s abrupt decision to pull troops from the region and open Kurdish fighters up to a Turkish offensive, according to a report from Fox News national security correspondent Jennifer Griffin.

The death toll continues to mount amid the Turkish airstrikes, artillery fire and ground offensive, the Associated Press reported. Turkey’s President Erdogan was cited by NBC News as saying more than 100 people have been killed.

“This is insanity. I don’t know what they call atrocities, but they are happening,” the soldier explained to Fox News, adding that American troops are doing “nothing… Just sitting by and watching it unfold.”

This veteran US Special forces soldier has trained indigenous forces on multiple continents. He is on the frontlines tonight and said they are witnessing Turkish atrocities.

“Turkey is not doing what it agreed to. It’s horrible,” this military source on the ground told me.

This American soldier told me the Kurds have not left their positions guarding the ISIS prisoners. In fact “they prevented a prison break last night without us.”
“They are not abandoning our side (yet).”
The Kurds are “pleading for our support.” We are doing “nothing.”

Acc to this US soldier on the ground tonight in Syria: “The Kurds are as close to Western thinking in the Middle East as anyone. “It’s a shame. It’s horrible.” “This is not helping the ISIS fight.” Re: ISIS prisoners: “Many of them will be free in the coming days and weeks.”

This US Special Forces soldier wanted me to know: “The Kurds are sticking by us. No other partner I have ever dealt with would stand by us.”
Disappointed in the decisions coming from their senior leaders.