Home
Stocks
In One Chart: This is why Americans have so much trouble saving money
Prev Article Next Article

We are all Steve Martin.

“I love money. I love everything about it,” he once said. “I bought some pretty good stuff. Got me a $300 pair of socks. Got a fur sink. An electric dog polisher. A gas-powered turtleneck sweater. And, of course, I bought some dumb stuff, too.”

Yes, like the iconic comedian, the American consumer loves to consume. Maybe an electric dog polisher and a fur sink are a bit extreme, but the U.S., with its relatively low savings rate, definitely has a spending problem.

So where does it all go?

Cost-estimating website HowMuch.net crunched Bureau of Labor Statistics numbers to come up with this telling chart: 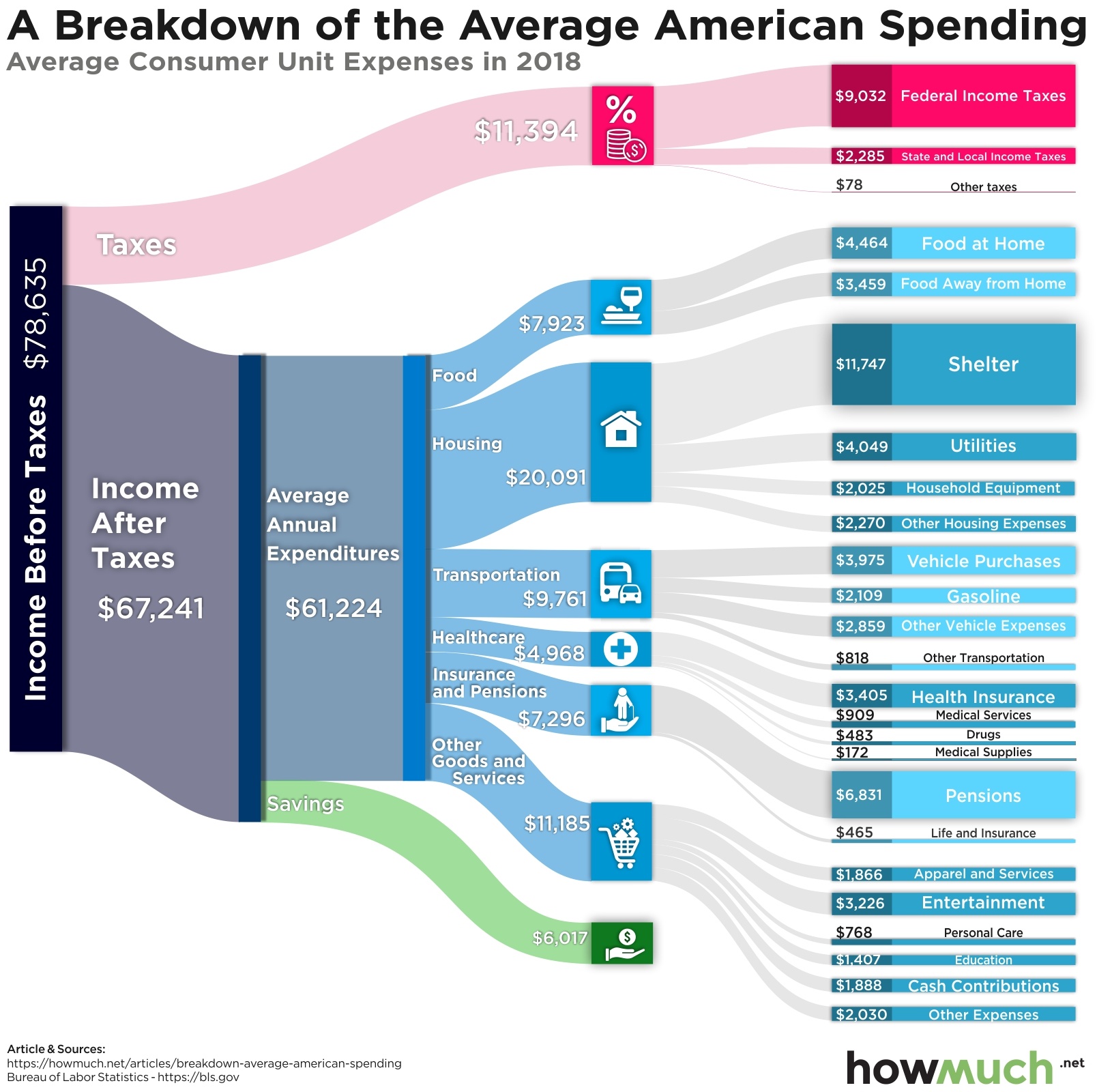 Clearly, housing is a big cost, at about 25% of income, but one category that’s been on the rise is education, up double-digits in a single year. That only makes sense, considering the total student debt load has exploded to top $1.5 trillion. Eating out and entertainment have been increasing, as well, while the cost of buying a new car has also jumped. It’s not getting any easier out there.

Of course, big-city budgets tend to look a lot different than the average American’s. This one from the Financial Samurai blog, for instance, captures the financial difficulties facing a family earning $350,000 a year in San Francisco. 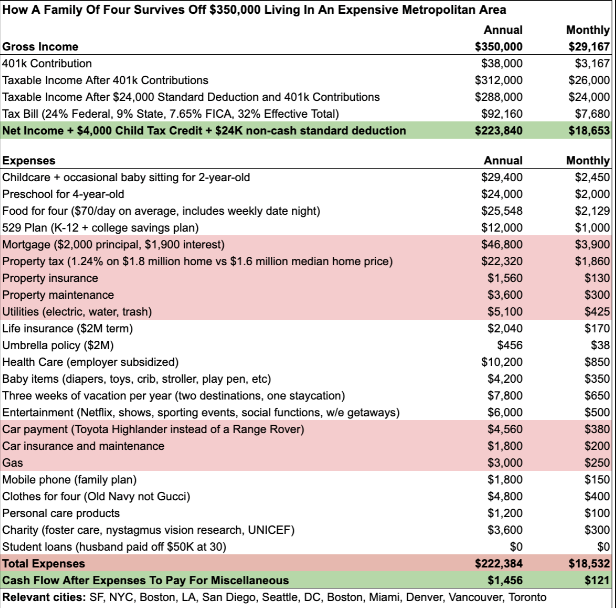 The story drew plenty of outrage across social media, even luring Rep. Alexandria Ocasio-Cortez into the fray with her thoughts:

“Struggling” 🤣 with what? Math? https://t.co/oDMet9QtNE