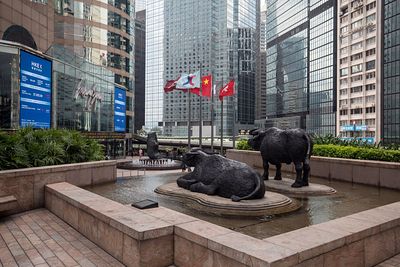 When it comes to dealmaking, it pays to be friendly.

There have only been 17 completed or pending hostile deals launched so far this year. That is the lowest number since 1998 for the comparable year to date when there were 14, according to data from Dealogic.

There’s a very good reason why these bids have become so rare: they are tactically challenging, expensive and time-consuming. If the bidder is playing away from its home turf, it can be even tougher to pull these off.

So it’s no wonder, bankers across London were left scratching their heads as to why the Hong Kong Exchanges & Clearing 2318, +0.61%   launched an unsolicited $36.4bn takeover offer for the London Stock Exchange.

HKEX ditched its offer for LSE LSE, +0.55%  on Tuesday after making a series of rookie mistakes. Here are some of its misteps:

HKEX’s bid was conditional on LSE investors ditching an agreed $27bn merger with Refinitiv, the data company best known for its Eikon desktop terminals. The deal – which will transform the LSE into a data and analytics powerhouse, help it expand into the $6tn-a-day foreign exchange market and grow its fixed-income trading volumes – is favoured by shareholders.

HKEX started badly. Its initial offer was a 22.9% premium to the closing share price of the LSE the day before they announced their bid. But by then, the LSE share price was rich with synergies from the Refinitiv deal. The opening bid should have been pitched at least 10%to 5% higher than that in order to tempt investors.

All hostile bid battles need to create a sense of momentum and show shareholders a sense of where the winning offer might lie. HKEX did not manage to persuade LSE investors or its management that its offer was superior strategically – let alone financially – to the Refinitiv deal.

HKEX did not sync its timetable with the LSE’s. The shareholder vote to approve the deal with Refinitv was scheduled for November – leaving HKEX with hardly any time to obtain clearance from US market regulators or CFIUS – the committee that scrutinizes foreign investments to ensure they do not harm the country’s national security. Its highly unlikely any shareholder would risk turning down the certainty of one bid for another that might risk being blocked.

HKEX made its bid as Hong Kong is in the grip of political unrest, fuelled by anger over planned legislation to allow extraditions to China. Although that legislation has now been withdrawn, the protests have escalated over Beijing’s increasing encroachment on Hong Kong’s freedoms.

Hostile bidders needto gauge the forceful wording of a rejection in order to know how much they should sweeten their offer by. But the LSE’s flat-out rejection – which stated that HKEX’s offer had no strategic merit – sent the strongest possible signal that it wasn’t interested at any price.