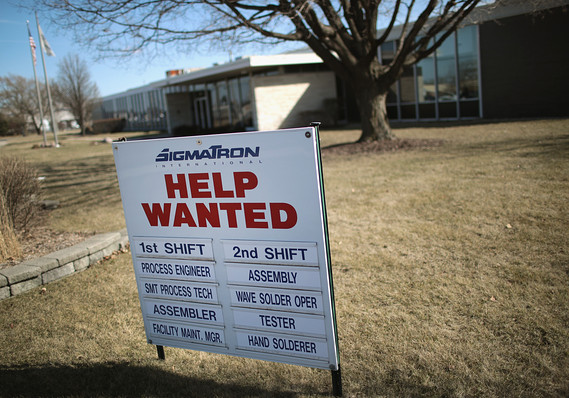 Companies are still hiring and layoffs remain low even though the U.S. economy has slowed.

The numbers: Applications for U.S. unemployment benefits fell in the first week of October and clung near a 50-year low, suggesting that layoffs still haven’t risen much even as hiring and the economy have slowed.

Initial jobless claims, a rough way to measure layoffs, declined by 10,000 to 210,000 in the seven days ended Oct. 5, the government said Thursday. 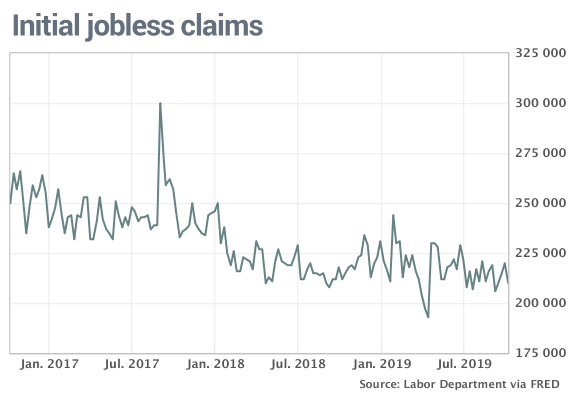 What happened: Raw or actual claims — before seasonal adjustments — rose in a handful of large states including Texas and New York, but were either flat or lower most every where else.

Claims remained elevated in Ohio and Michigan, two states with large auto industries. Some 250,000 workers have been on strike for nearly a month and the prolonged standoff has forced parts suppliers to idle workers as well.

Once workers return to work and get back pay, they have to return any government benefits they received to tide them over.

The more stable monthly average of new claims, meanwhile, edged up by 1,000 to 213,750 nationwide. The four-week average usually gives a more accurate read into labor-market conditions than the more volatile weekly number.

The number of people already collecting unemployment benefits, known as continuing claims, increased by 29,000 to 1.68 million. These claims have been below 2 million since early 2017.

Big picture: The U.S. labor market has cooled off along with the economy. The number of job openings have fallen 8% since January and hiring has also slowed sharply.

Economists blame the ongoing trade war with China and the waning effects of the Trump tax cuts of 2017, among other things. The U.S. can avoid recession, however, if layoffs and unemployment remain low and consumers remain fairly confident in the economy, they say.

Market reaction: The Dow Jones Industrial Average DJIA, +0.70% and S&P 500 SPX, +0.91% were set to open little changed in Thursday trades. Stocks broke a recent slide the day before on renewed hopes that U.S.-China trade tensions will ease as both countries resume talks.