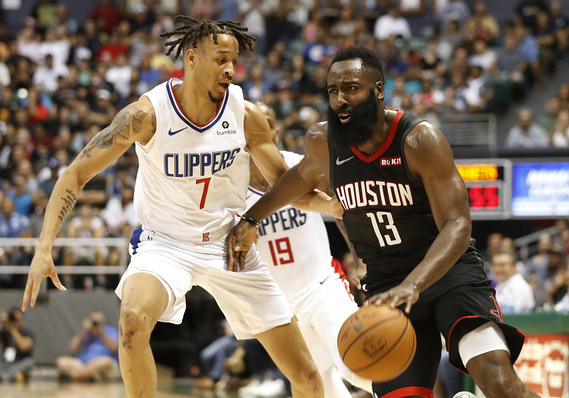 Eight members of Congress including Democratic Rep. Alexandria Ocasio-Cortez and Republican Sen. Ted Cruz are calling on the NBA to pause activities in China, as a standoff between the league and Beijing continued.

The letter, sent to Commissioner Adam Silver on Wednesday, comes amid a furor involving a tweet by the Houston Rockets’ general manager in support of Hong Kong antigovernment protests. Silver has defended Daryl Morey’s now-deleted tweet, which drew heavy criticism from Beijing.

In its first response to the flap, the NBA said it was “regrettable” that Morey’s comments had upset Chinese fans but that the league supported free speech. Silver later said there had been “some confusion around this” and that the NBA was “not apologizing for Daryl exercising his freedom of expression.”

The lawmakers in their letter characterize statements by the NBA and Houston Rockets as “apologizing,” and said the league should suspend its activities in China until “government-controlled broadcasters and government-controlled commercial sponsors” end their boycott of NBA games. It also lists other steps sought by the lawmakers including that the league “re-evaluate” its training camp in Xinjiang, where minority groups have been abused.

Meanwhile, an exhibition game between the Los Angeles Lakers and Brooklyn Nets went ahead as planned in Shanghai on Thursday. But as The Wall Street Journal reported, there were unusual restrictions that kept players and executives from speaking to the media.

U.S. and Chinese trade negotiators are meeting Thursday and Friday in Washington. U.S. stocks DJIA, +0.39%  were firmly higher on optimism over the talks and a planned Friday meeting between President Donald Trump and Chinese Vice Premier Liu He. Liu is leading the Chinese side in the talks.