Home
Stocks
Upgrade: ‘I hate going back to the U.S.’: This 69-year-old left Utah for Portugal, where you can ‘live well’ on $2,000 a month
Prev Article Next Article

Pimental says that she’d wanted to stay in Park City, Utah, where she and her husband, Keith, were living at the time, but agreed to give Portugal a go because he’d always dreamed of living in Europe. (The couple considered France, too — Tricia is fluent in French — but it was too expensive, as well as Spain, which didn’t pan out because none of their requests to rent a spot worked out.)

Their first foray into Portugal — to a tiny village about a half-hour from Porto in northwest Portugal — didn’t quite go as planned.

“We lived in a 200-year-old cottage that we’d rented 10 years before. We had a six-month lease. After five months, we were done,” she tells MarketWatch with a laugh, noting that she was frequently freezing in the $650-a-month cottage, which was charming but drafty, even with numerous space heaters running. “They were happy to see us go because the electricity was included [in the rent].” 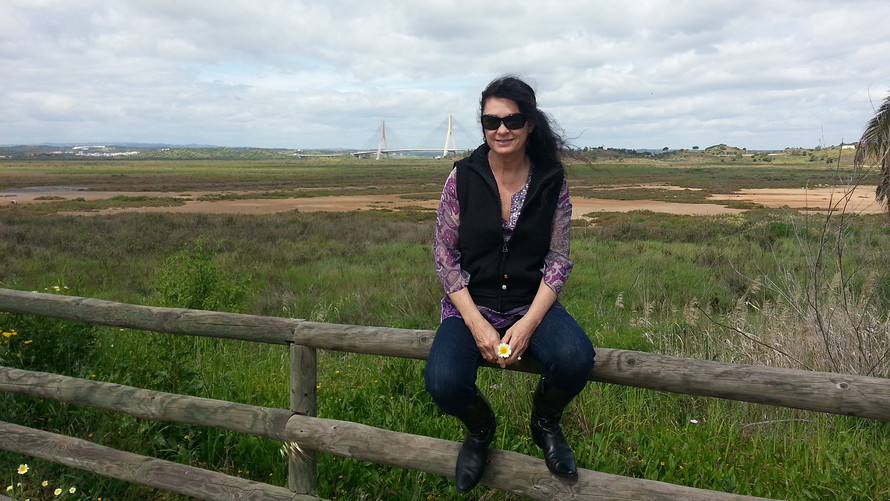 In the early days in Portugal. Pimental was on the fence about it.

Not to mention that she briefly felt depressed and missed her family: “In quiet moments I grieved the loss of my life back home, lamenting the distance between me and my children and grandchildren,” she writes in a book she penned about her travel adventures, “A Movable Marriage: A Memoir.”

But even as she was missing family, and shivering, Portugal, and in particular the Portuguese people, were growing on her. “It’s all about family, food and fun,” she says, adding that the people she’s encountered are friendly and up for helping one another. She shares a story of going to an equestrian show some years back and there being a parked car that was blocking a horse trailer from getting through to the stables. “The police enlisted six dudes — and they pick up the car and move it, the horse trailer goes by, and they put the car back. No ticket, no towing, no boot — just a let’s-take-care-of-it attitude,” she says. 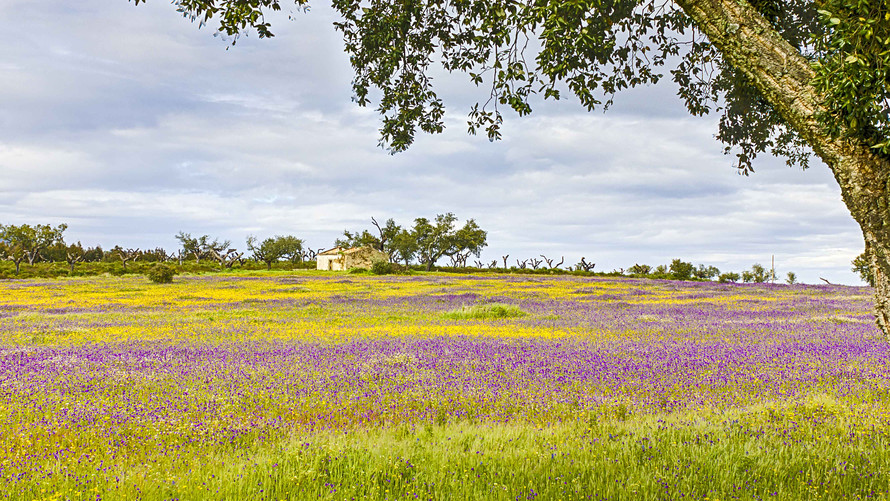 A field in the Alentejo region of southern Portugal.

Tricia, who is now a Portugal correspondent for International Living, and Keith have lived in a few spots in Portugal — their most recent home being on a quinta they bought for about $250,000 in the countryside of the Castelo Branco District of central Portugal. She highlights the weather (“four seasons, but no extremes”), the beautiful nearby villages and their smattering of castles, and the river beaches and reservoirs where locals swim. The five-bedroom, four-bath house — which is only about 10 years old — itself sits on about 5 acres, featuring a vineyard, as well as roughly 50 olive trees (last year, the couple made their own olive oil).

The cost: Tricia says that, in general in Portugal, you could spend about one-third to one-quarter of what you would in the U.S., depending on where you live. Cities, including Lisbon, are pricey, but in the countryside “you can easily get by on $2,000 a month,” she says.

She and Keith — who just acquired another home across the street from their quinta, too — spend more, she says, estimating that they drop about $3,500 a month. That’s because they often travel and recently bought a car, which she says is costly to do in Portugal — and fuel is expensive on top of that. Tricia says internet and phone costs come to a little under $100 a month, and groceries cost $400 to $500 a month. Wine is particularly inexpensive, she says, adding that for about $5 you can get a really good table wine that you might pay $15 for in the U.S. A fair budget for entertainment might be $200 to $300 a month, she says, and you can rent a small house for about $350 to $400 a month. 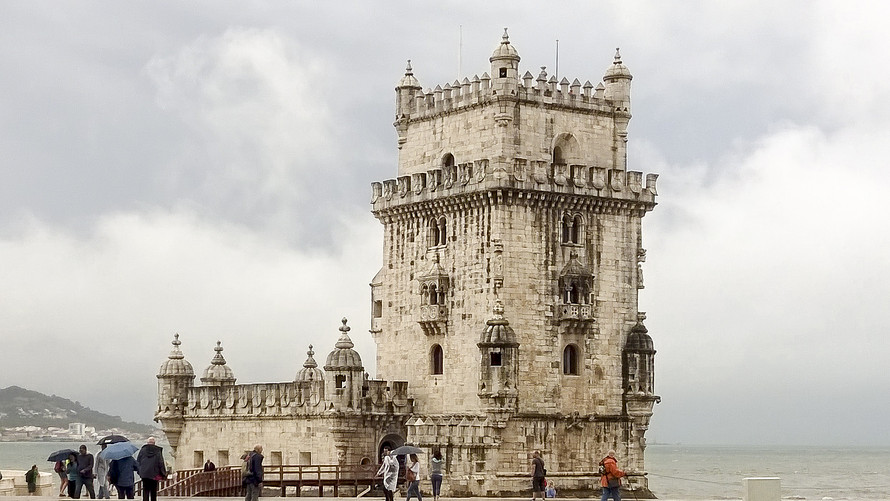 The Torre de Belém in Lisbon has been a Unesco World Heritage site since the 1980s.

Healthcare: Portugal is known for its high-quality health care — in a study of health-care quality and access in 191 countries published in the U.K. medical journal the Lancet, Portugal, like the U.S., is in the 82.2-to-91.3 decile range. But you may pay much less for health care in Portugal. Tricia says that she and Keith get their health insurance through a private company called Medis and pay about $100 a month for their coverage. Paying out of pocket for a doctor’s visit might cost $20 to $70 even without insurance, she says. (Tricia points out that if you get your temporary residence card, you can use Portugal’s low-cost public health system.)

Residency: The couple are not citizens of Portugal, and Tricia says the process of getting to this point has been challenging. “If you could see my eyes roll,” Tricia tells me on our phone call when I ask her how the process is going. “It has been going on for a while. … We are on our third lawyer.” Here are details on how you can become a permanent resident of Portugal.

The cons: “I’ve never been a big fish person; I don’t eat a lot of it,” says Tricia — and Portuguese food often features fish (bacalhau, which is salted cod, is a particularly popular local dish). “I would much rather be in Italy for pizza and pasta.” However, she says she likes that Portuguese food is fresh and simple. Another downside: Many of the homes in Portugal are older, and Tricia jokes that “you won’t find a single outlet in the bathroom, but then there will be like 15 in another room.” And, again, they can be chilly in the winter. What’s more, electricity costs a lot in Portugal. Here are some other downsides.

Another possible hiccup for those looking to retire in Portugal is the language barrier. Tricia studied languages in college, so it has been relatively easier for her to learn Portuguese (when I ask her if she’s fluent she responds “Mais o menos” — “more or less”), but others struggle.

The bottom line: Despite drawbacks, Tricia says Portugal feels more like home to her now than America. “It is more true than ever now that the U.S. doesn’t feel like home,” she says. “I hate going back to the U.S. because I feel it is busy, rushed, dangerous and unfriendly. I wonder: What is going to happen next?” Tricia, who goes back to the U.S. two or three times a year to visit her children and grandchildren, reports. “More and more, I fly over Lisbon, I look at the beaches, I look out at the water, I just go, ‘Ahhhhh, I am home.’ ”