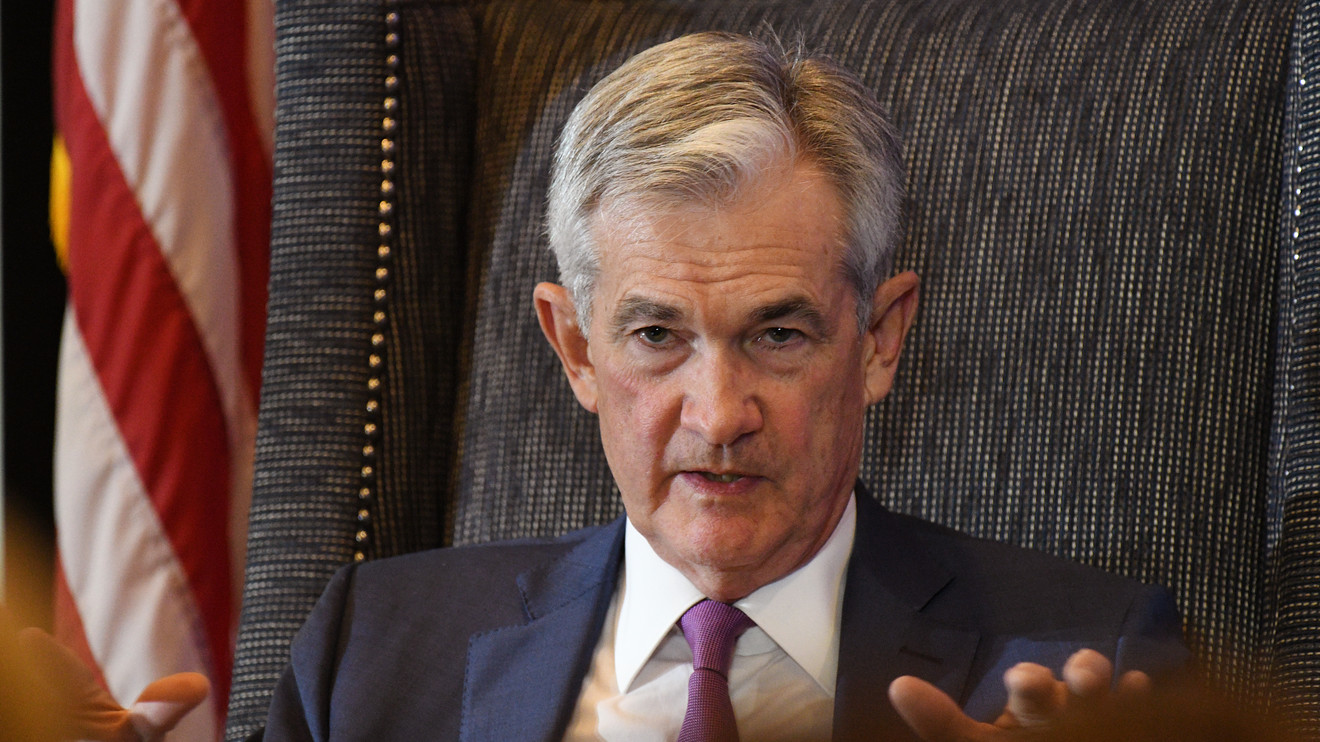 During a week dominated by often troubling news on the international trade front, equity investors were provided some relief Tuesday by a figure who has sparked more than one stock-market rally in recent months: Federal Reserve Chairman Jerome Powell.

During a speech and question-and-answer session at conference for the National Association of Business Economists in Denver, Powell announced that the central bank would soon start expanding the size of its balance sheet, adding bank reserves to the financial system to avoid a recurrence of the unexpected strains seen in short term money markets last month.

The news helped spark a short-lived rally equity prices on Tuesday as equity investors welcomed the news that the Fed would soon start buying government debt on a regular basis again, before concerns over the U.S. – China trade dispute reversed those gains in the closing hour of trade. U.S. stocks SPX, +0.89%  were higher early Wednesday as optimism rose again about prospects for a U.S. China trade deal.

But Powell’s comments have sparked a debate among market watchers as to whether the move by the Fed is another form of stimulus, or “quantitative easing,” (QE) rather than the quotidian actions of a central bank attempting to keep the plumbing of the financial system operating smoothly.

“I think what the Fed Chairman decides to call it is inconsequential,” Yousef Abbasi, global market strategist for U.S. institutional equities told MarketWatch. “From what’s been discussed, it’s exactly what was once called QE. They would be buying securities and increasing liquidity and that is easing. However you want to refer to it, ultimately it’s supportive of equities,” he said.

Mike O’Rourke, chief market strategist at JonesTrading said in an interview that balance-sheet expansion may be different because it will involve the purchasing of short-term government debt rather than long-term debt, but that the effect is to enable private banks to maintain larger balance sheets and take on more risk. “This is very QE-like,” he said.

In August Fed officials stopped allowing their balance sheet to shrink as U.S. Treasury securities on their books matured, but banks have been running down their reserves as they bought new debt being issued by the U.S. Treasury to fund the federal government’s nearly $1 trillion budget deficit.

Reserves dropped to less than $1.4 trillion last month, from $2.8 trillion in 2014, when the Fed stopped buying assets. As a result the lack of liquidity in short term money markets caused overnight interest rates to spike well above the interbank fed funds rate last month.

The Fed now wants to provide enough bank reserves so the central bank can control its policy federal-funds rate and other short-term lending rates without the regular market intervention it has undertaken over the past three weeks.

Powell emphasized that the Fed is contemplating buying short term debt only as a result, rather than the longer maturity debt bought after the financial crisis.

But after years of large-scale bond buying in the aftermath of the 2008 crisis, reverting to that same level of growth on a percentage basis necessarily means the Fed will be a much more active buyer of government debt, perhaps to the tune of about $10 billion per month.

“The problem the Fed has is convincing markets this isn’t a QE4, designed to drive long rates lower,” wrote Paul Ashworth, chief U.S. economist at Capital Economics, in a research note. “Powell pleaded [Tuesday] that this balance sheet management should ‘in no way be confused with’ large-scale asset purchases. But it’s hard to communicate that effectively when the Fed’s organic balance sheet growth will be half the size of the European Central Bank’s newly unveiled QE.”

Torsten Slok, chief economist at Deutsche Bank Securities warned in a Tuesday note to clients that stock market performance is “no longer being driven by economic fundamentals, but instead by [the Federal Reserve] and [European Central Bank’s] promises of lower rates, more dovish forward guidance.”

Alec Young, managing director of global market research at FTSE Russell, however, argued that economic and corporate fundamentals will always, eventually, matter. “The Fed is in important backstop for the market, but it’s not a panacea,” he told MarketWatch. “Fed easing can soften the blow from trade-driven global slowdown, but it can’t completely reverse it.”

See also: Powell says economic expansion can last, but there are risks