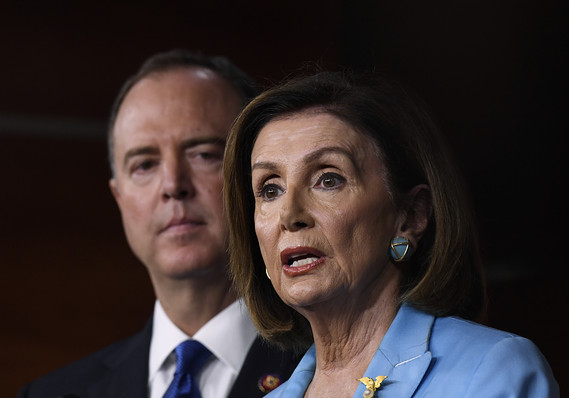 The Trump administration has told congressional Democrats it won’t cooperate with their impeachment inquiry. So now what?

As Democrats probe President Donald Trump’s efforts to have Ukraine investigate former Vice President Joe Biden, lawmakers could go to court to compel witnesses or documents. Or, they may simply plow ahead, potentially making obstruction an article of impeachment.

To force compliance with subpoenas, lawmakers could go to federal court. Fighting the administration that way could ultimately wind up in the Supreme Court, experts say.

“If [Democrats] go to court, it would be a federal district court” in Washington, said Michael Gerhardt, a law-school professor at the University of North Carolina, speaking to MarketWatch. “If they do go to court it will likely end up in the Supreme Court, which may well side with Trump.”

Even before the White House said Tuesday it was ordering a “full halt” on cooperating with the impeachment probe, House Intelligence Committee Chairman Adam Schiff said Democrats could move on two separate tracks.

“I do not foreclose at all other efforts in parallel to make sure we fully find out all the facts, including court,” the California Democrat reportedly told the Washington Post’s Greg Sargent. Schiff said if the White House fought the efforts, “that will not delay us from going forward with articles of impeachment if they are warranted by the president’s obstruction.”

In stating the administration’s refusal to comply with Democrats’ investigation, White House lawyers objected to the House’s not formally voting to begin the impeachment inquiry. And, they said, Trump’s due-process rights were being violated.

Speaker Nancy Pelosi has said the House is within its rules in conducting executive-branch oversight without such a vote.

Comments by Schiff suggest Democrats may make obstruction an article of impeachment. In remarks Tuesday, he called the State Department’s blocking of U.S. Ambassador to the European Union Gordon Sondland’s planned congressional testimony “additional, strong evidence” of obstruction. Last week, Schiff pointedly noted to reporters that obstruction of justice was one of the impeachment articles faced by then–President Richard Nixon in 1974.

Nixon resigned before he could be impeached. In the late former president’s case, the Supreme Court didn’t protect him. He quit about two weeks after a high court ruling that led to the release of the Watergate tapes.

Opinion: As Trump White House boycotts the impeachment inquiry, remember that it only takes 20 to convict