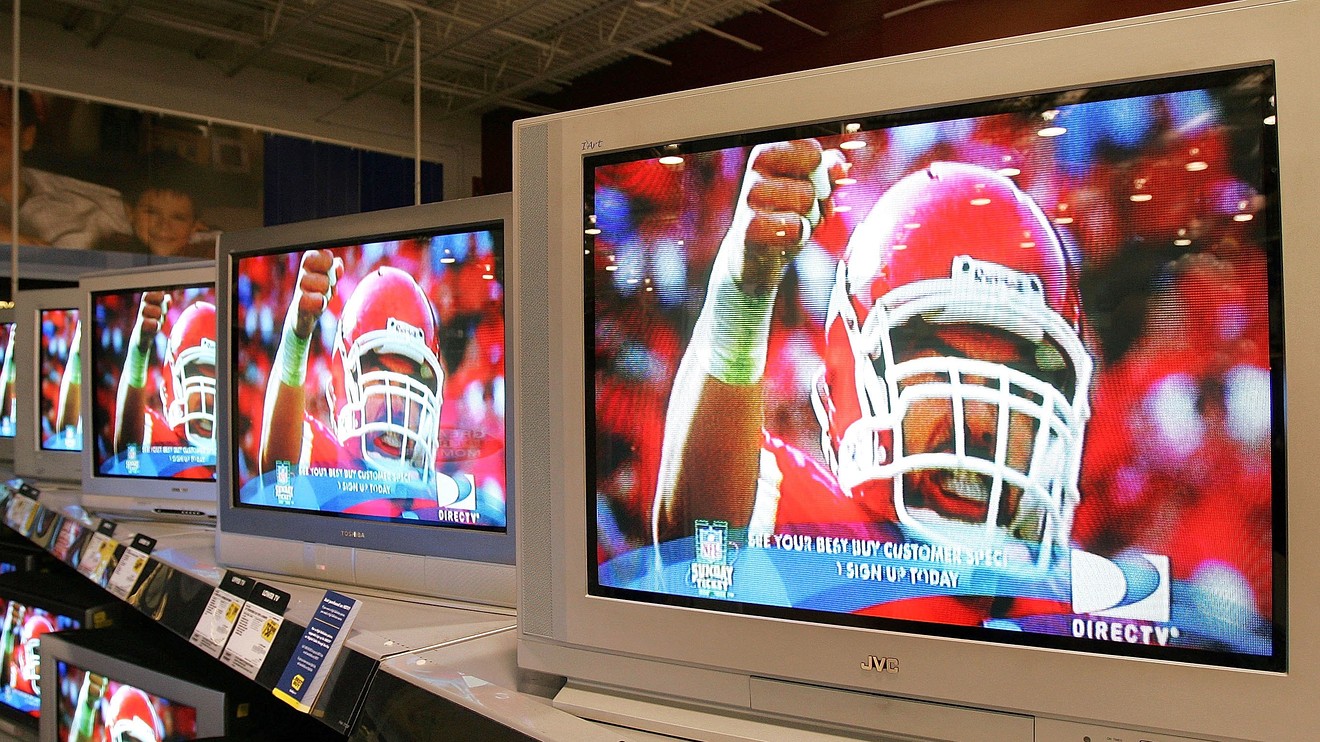 Fans might have to watch Jennifer Lopez and Shakira perform at the upcoming Super Bowl Halftime Show on an old television if the trade war between the U.S. and China wears on, Los Angeles based bank B. Riley says.

Though companies are taking precautions to guard against the biggest difficulties possible from the trade war, the chance for hiccups in the not-so-distant future is still present.

“Electronics tend to be a little quicker, so we might see a little disruption around Super Bowl for TVs,” Ryan Mulcunry, executive vice president of Great American Group, a B. Riley Financial Inc. RILY, -0.95%  company said. “That’s the earliest we would see massive disruption.”

“Some may see disruption for the spring line apparel.”

Experts say the 2019 holiday season is safe, with much of the merchandise that shoppers will be gifting already in the U.S.

“Shipments of toys normally reach a maximum in October while phones peak in October or November; and laptops peak in November or December,” according to an August report from Panjiva, a part of S&P Global Market Intelligence that provides data on the global supply chain.

Watch: How to know which retailers will take the biggest hit from a trade war

In August, President Trump announced that tariffs on items like iPhones and toys would be delayed until December 15 in order to keep from interrupting the holiday shopping season.

But post-holiday purchases could be in peril.

One step many brands and retailers are taking is moving some portion of their manufacturing out of China to avoid steep tariffs. Countries like Vietnam and Bangladesh have become important secondary hubs for this purpose.

And while Mulcunry thinks the countries can manage a chunk of the demand, there are some things that could be a challenge.

“It depends on how complex the manufacturing process is,” he said. The cutting and sewing necessary for socks is simple, but custom furniture, auto parts, and other more complex items could be trickier.

Mulcunry says margins are on their minds, and the minds of corporate executives, as the trade war drags on.

“We’re tracking margins closely over the next six months,” he said. “It’s the number one thing we’re looking for in quarterly earnings and estimates.”

Many companies are hedging their trade risk, says Jonathan Treiber, chief executive of RevTrax, a platform that manages special offers and discounts.

“The fundamental reality is China is still the lowest cost manufacturer,” he said. “Vietnam and Bangladesh are viable, but I’m hearing those countries don’t have the operational scale for manufacturing that China does. The question is whether these countries can be a yearlong stopgap or take a portion of the volume or certain types of products.”

Based on the political pressure surrounding trade, Treiber said there’s a good chance the current situation is a short-term one.

One category with a plan in the event of a steep price increase is consumer packaged goods, which, Treiber says, has a history of providing more promotions and incentives in order to soften the blow for price-sensitive shoppers. Examples of consumer packaged goods companies include Proctor & Gamble Co. PG, -1.60%   and Kimberly-Clark Corp. KMB, -2.21%

“A key tactic is increasing promotional spending through discounting and coupons,” Treiber said. “Consumers who can absorb the price increase will. Companies will coordinate a price increase and then flood discounts for those who are price sensitive.”