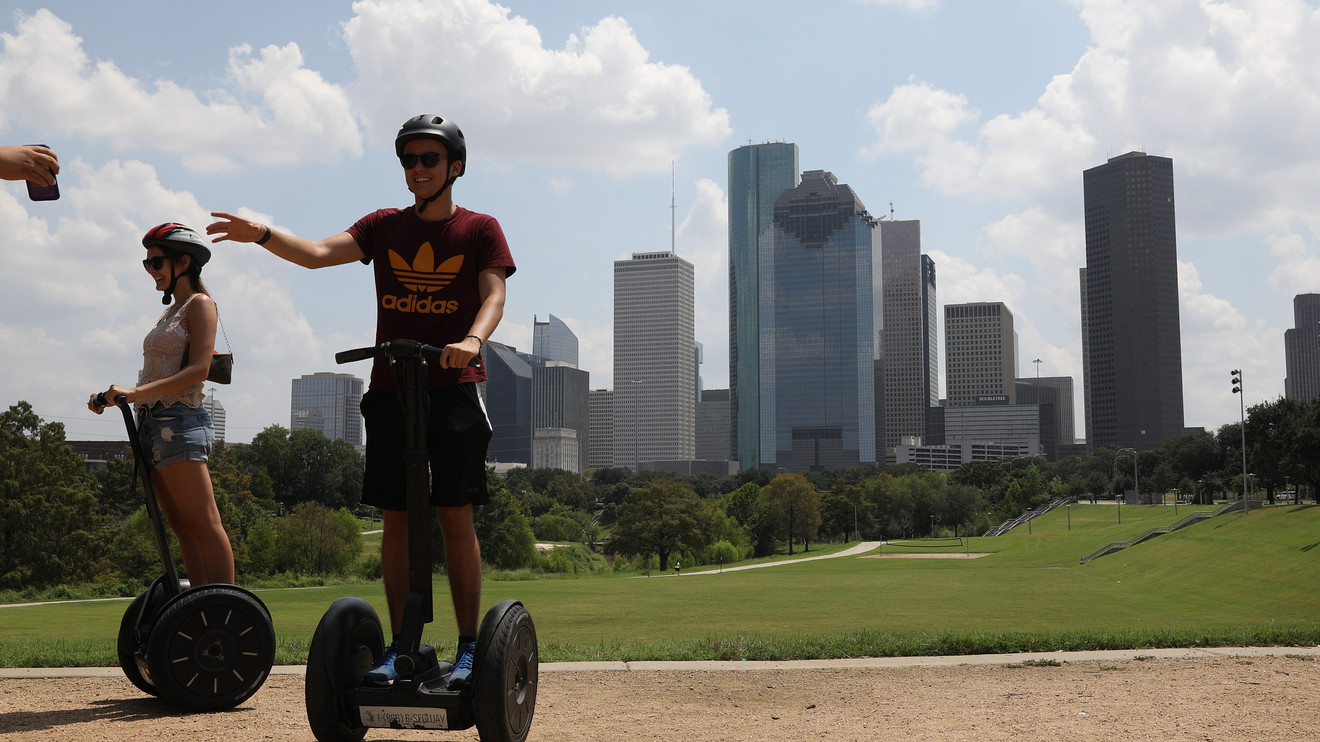 Houston, New York, Los Angeles and the San Francisco Bay Area are some of the places where the gulf between the highest earners and the lowest earners is widest, Federal Reserve Bank of New York researchers said Monday.

• In the New York and San Francisco areas, the top earners made seven times the amount of the lowest-percentile. In Los Angeles, it was a 6.9 wage ratio.

• In the San Jose-Santa Clara area, just to the south of San Francisco, the highest earners make 7.9 times the amount of those at the bottom rung of the earnings ladder.

Wage inequality is lowest in the Midwest and Great Lakes regions, Fed researchers noted. Those are states including Michigan, Ohio and Pennsylvania, which are sometimes dubbed the “Rust Belt.”

• For example, Detroit’s top earners made 5.5 times the amount of its lowest earners, while the wage ratio in Cleveland 5.2.

Gaps between the haves and have-nots are deepening across the country, but there’s a reason some places are seeing it more than others.

“San Francisco has seen a burgeoning tech sector in recent decades, resulting in strong demand and vigorous wage growth for highly skilled workers, especially those at the very top of the wage distribution,” said the authors, led by Jaison Abel, an assistant vice president in the Federal Reserve Bank of New York’s Research and Statistics Group.

The same pattern applies for a place like New York City, where the finance industry needs skilled workers, they noted.

A highly skilled industry clustered in one area can boost worker pay even more. When workers and entrepreneurs are close to each other, other research shows that can spread knowledge and intensify productivity — at least for the people in that line of work.

Elsewhere, globalization is leading to “lackluster wage growth across the board.”

“The least unequal places, on the other hand, tend to have relatively sluggish economies that deliver slower wage growth for high, middle, and lower wage earners alike,” researchers said.

Michigan is one place where wage inequality is less pronounced, the research noted. There, the auto industry “has eliminated thousands of jobs — cuts brought about both by automation and by auto plant closures, some of which have been tied to increased global competition.”

Don’t miss: Opinion: The GM strike is really about the switch to electric cars

Big earnings gaps weren’t always in major cities. In Bridgeport, Conn., near wealthy Greenwich, the highest earners made 8.7 times the amount of the 10th percentile. Lawrence, Kan. had an 8.20 wage ratio. It’s home to the University of Kansas; college students can sometimes skew income data.

Like the Fed findings, the Census data showed fast-climbing rates year over year in places like California and New York. But the data from last month showed income inequality also grew in places like Louisiana and Puerto Rico, which aren’t known for fast-growing tech or finance sectors.

Other research says America’s richest residents haven’t held this much of the country’s wealth since 1929, right before the Great Depression.