Home
Stocks
BookWatch: Opportunity zones are all sizzle, fizzle and the abuse of good intentions
Prev Article Next Article

Opportunity zones, a bundle of tax breaks dressed up as economic development, are the epitome of government largess the Trump way — sizzle, fizzle, a sleight of hand and abuse of good intentions.

Created with fanfare in the deeply regressive 2017 tax reform law, opportunity zones are the latest and slickest version of the longstanding conservative strategy of taking from the poor to help the rich. Trump’s twist makes these all the sweeter for conservatives because they pretend to address problems Democrats care about, like providing affordable housing and creating good jobs for the people who live in low-income communities. The results to date show that the outcomes are more likely to be luxury apartments and sparse jobs, not affordable housing and employment opportunities.

Here are the basics: Investments in politically designated (not market-defined) opportunity zones in all 50 states are tax-advantaged (investors pay less, little or no taxes on their capital gains depending on their stakes). There is a scant and inadequate legal framework for what is and is not acceptable under the program, and nothing in the law or the regulations that implement it require investment managers to care about the communities they are investing in.

Read: How to invest in real estate and pay nothing in capital gains

As a result, investors — particularly very wealthy investors — love it. Many “are poised to reap billions in untaxed profits on high-end apartment buildings and hotels in trendy neighborhoods, storage facilities that employ only a handful of workers or student housing in bustling college towns,” reports David Yaffe-Bellany of the New York Times.

The Trump administration has chosen to bypass an unusually successful model that is already in place and puts under-resourced communities’ needs first. It’s called the Community Development Financial Institutions Fund. Operated by the Treasury Department, the CDFI Fund uses strict selection criteria for fund managers (known as Community Development Financial Institutions) that work for and not against the communities they serve based on market expertise.

A typical CDFI borrower is an affordable housing developer, a small business owned by an entrepreneur of color, or a child-care facility that is critical to its community but difficult for mainstream banks and others to finance. Almost by definition, CDFI investments are low-profile. It’s impossible to point to one that everyone knows, but the residents of Pine Ridge Reservation in South Dakota could not live and work without a CDFI, and residents of supportive housing in scores of cities are benefiting from them every day.

Data released in June shows the $185 billion CDFI industry has financed — in low-income and low-wealth markets — more than 1.3 million jobs, 300,000 businesses, 2 million affordable housing units, and 11,000 child care and other community facilities. Their financial results since 1995 are comparable to mainstream banks.

Unfortunately the CDFI Fund has only a small, passive hand in the administration of opportunity zones but no voice.

That makes it all the more disappointing that the president labeled Opportunity Zones the “hottest thing going, providing massive new incentives for investment and job creation in distressed communities,” according to the New York Times. As with so many other Trump statements, the opposite is true.

And it does not take much looking to see what’s really going on. The Times named four very wealthy Trump allies who are reaping what he has sowed: Anthony Scaramucci (former White House communications director), Richard LeFrak (a “longtime confidante of Mr. Trump’s”), Chris Christie (Trump’s buddy), and the Kushner family (Trump’s son-in-law and his billionaire family) all are cashing in by creating funds, making investments, or using the tax-advantaged (and therefore lower-cost) financing for their projects.

Gee. Is anyone surprised? 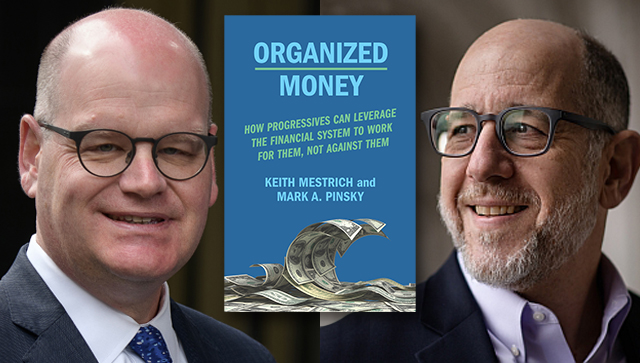 Most of the people living, working and struggling in designated opportunity zones will see little if any benefits. “[I]n booming cities like Denver,” concludes an analysis by Sophie Quinton for Pew Charitable Trusts, “the federal government may end up spending more money on tax relief for pricey apartment buildings, offices and hotels than on tax relief for community-focused but less profitable assets, such as affordable housing.”

At the same time, this new tax break reduces government revenue, leaving less for efforts that really do address those problems.

Applying the CDFI Fund’s approach to opportunity zones would transform them without requiring fresh Congressional action.

CDFIs enjoy broad, near-unanimous bipartisan support in Washington, D.C., and in many states. They combine private means and public purpose. And CDFIs have earned surprising support from Wall Street and Main Street. Investors — including Goldman Sachs GS, -0.20%, Bank of America BAC, -0.21%   and a growing number of others — are putting steadily increasing amounts into CDFIs. Bank of America alone — the largest CDFI investor — has more than $1 billion invested.

Fixing what is wrong with opportunity zones is not as difficult as fixing what goes wrong when wealth holders are incentivized to reward themselves at the expense of the people and communities they are supposed to be helping. What is legal is not always laudable.

Mark A. Pinsky is a financial professional, writer, organizer, and president of Five/Four Advisors. Keith Mestrich is president & CEO of Amalgamated Bank, the nation’s largest socially responsible bank. This article is adapted from their new book, “Organized Money: How Progressives Can Leverage the Financial System to Work for Them, Not Against Them.”