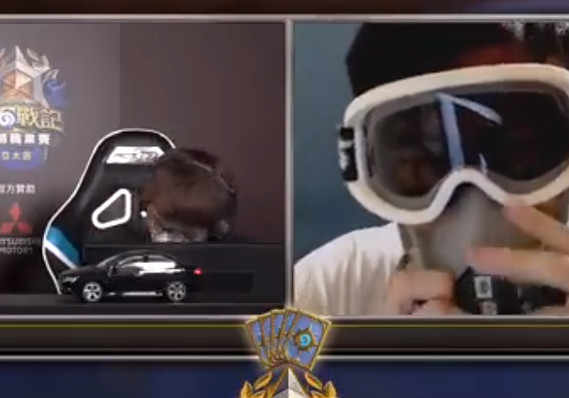 A professional videogame player was suspended for making a pro-Hong Kong comment, in another case of a U.S. multinational succumbing to the pressure of China.

The Blizzard unit of Activision Blizzard ATVI, -0.05%  suspended Chung “Blitzchung” Ng Wai for a year after donning a mask and saying “liberate Hong Kong” in a post-match interview.

Blizzard also took away his prize money and removed him from what was called the Grandmasters event, which can award $200,000 to the top finisher. Blitzchung is one of the top players of a game called Hearthstone.

China’s Tencent Holdings Ltd. 700, +0.31% TCEHY, -1.01% has a 4.9% stake in Activision Blizzard, and was the company that decided to pull Houston Rockets games off the air in China after General Manager Daryl Morey tweeted an image that read, “Fight for Freedom. Stand with Hong Kong.”

The NBA attempted to distance itself from Morey’s comment, which in turn opened the league to criticism from Americans.

The protests in Hong Kong, which have drawn world-wide attention, started off as the rejection of an extradition bill but has transformed into months of violent clashes between protesters and police of the semiautonomous government, which is legally part of China.