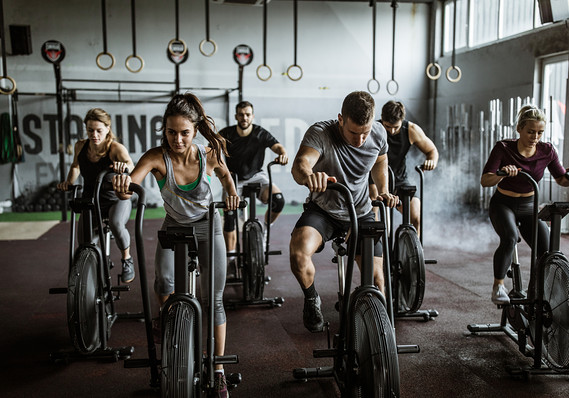 A recession in the U.S. isn’t inevitable, because, well, consumers are running on a combination of caffeine and sugar in the form of greater wealth and might be able to fight through, economists at a leading Washington think-tank said Tuesday.

“We shouldn’t get carried away with the risk of recession in the U.S.,” said Adam Posen, the president of the Peterson Institute for International Economics, at a briefing to discuss the organization’s global economic outlook.

“This is a Red Bull economy. If you’re a big strong lunk, you can drink a lot of caffeine and power through,” he said.

“Consumers appear to have the wherewithal and the willingness to keep spending,” said Karen Dynan, a former U.S. Treasury official who is now a non-resident senior fellow at Peterson.

“Wealth is up, including in the middle and lower part” of distribution tables, she added.

Instead of a major downturn, Dynan is forecasting a “moderation” in annual U.S. economic growth to around 1.8% in 2020, she said.

Many analyst point to the flat or negative yield curve in the bond market as a signal of recession.

Looking at a wider array of variables, including the yield curve, Dynan said the recession probabilities are on the order of 30%-40%.

“That’s about double the odds of a recession in a normal year but certainly not telling us that the economy is on the brink of crashing,” she said.

While the Federal Reserve’s tools to fight a recession are limited, fiscal policy has ample room to help, she said.

Dynan estimated Congress could enact a fiscal spending measure totalling around $1.6 trillion to pull the economy out of a ditch.

That’s about double the size of the fiscal stimulus put in place to fight the Great Recession in early 2009.

Currently the federal budget deficit for 2019 is estimated at $984 billion, a hefty 4.7 percent of gross domestic product and the highest since 2012, the Congressional Budget Office said on Monday.