Home
Stocks
The Sniff Test: Just one day after a short seller slammed SmileDirectClub, all 10 banks on its IPO rate it a buy
Prev Article Next Article 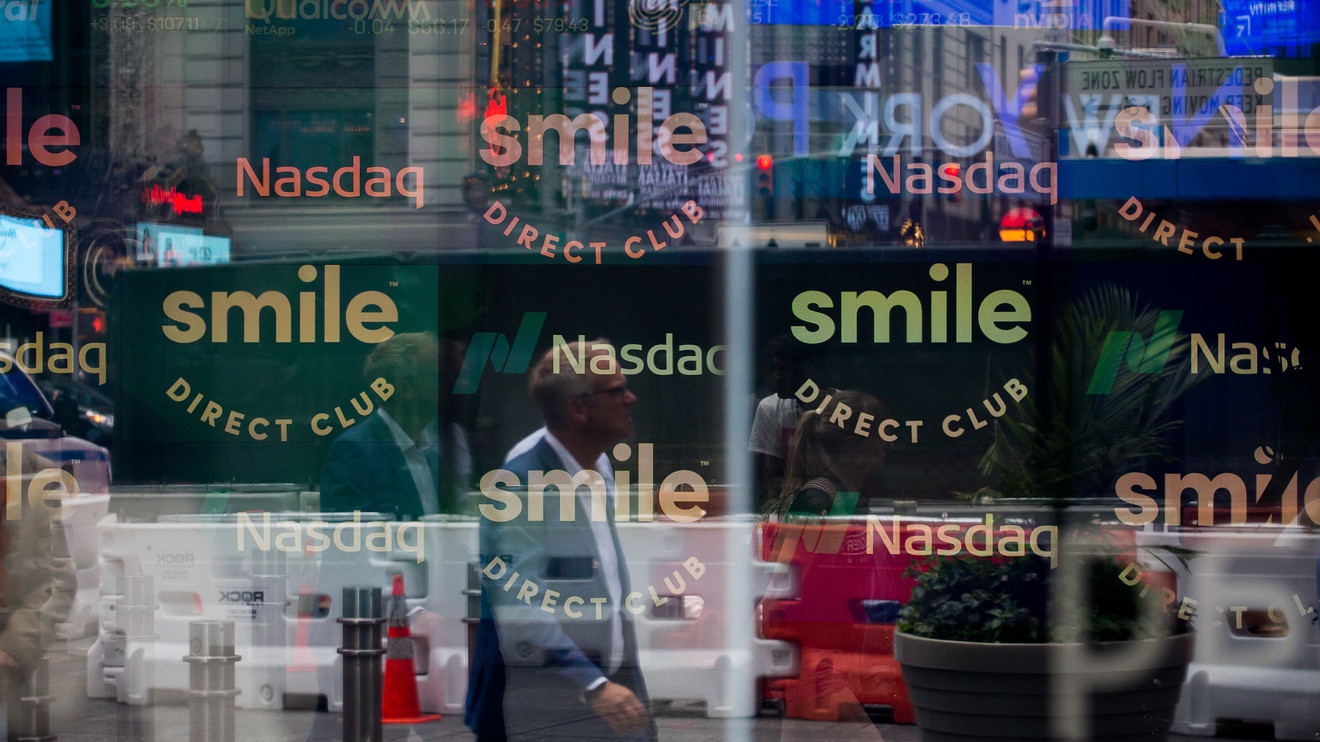 Just one business day after a short seller slammed teeth-straightening startup SmileDirectClub alleging that it has cut corners and put customers at risk, the banks that led its September initial public offering have published notes on the company, with all 10 rating it the equivalent of buy.

“These are just SmileDirect’s underwriters hyping their own offering,” said Nathan Anderson, Founder of Hindenburg Research and author of a report published Friday that questioned the company’s “teledentistry” model, highlighted its losses and predicted financial headwinds from regulatory, legal and customer satisfaction liabilities.

“JP Morgan led the IPO, so not surprisingly it has the rosiest price target. These are many of the same banks that thought WeWork, which is now struggling for solvency, was a bargain at $20 billion,” said Anderson.

SmileDirect’s stock fell 1.4% in early trades Monday in spite of the 10 new buy ratings. The stock has struggled since its IPO and is 34% below its issue price of $23.

Read also: This simple $2 toothbrush may be the key to preventing cavities

The company calls itself an orthodontics disrupter, using a business model that allows customers to receive clear aligners by mail. Customers can either get a free 3-D image of their teeth taken at a so-called Smile Shop or buy a kit online to make an impression of their teeth that they can mail to SmileDirect. The company then develops and ships the clear aligners — a form of dental braces — back, and the customer undergoes a five- to 10-month treatment plan.

“The company sets itself apart from both traditional orthodontics players and direct-to-consumer competitors with (1) the convenience and ease of access it provides over the traditional orthodontics business model; (2) affordable product offerings; (3) a seamless in-house financing option; and (4) complete vertical integration, which drives a best-in-class patient experience,” JPMorgan analysts led by Robbie Marcus wrote in a note to clients.

Read also: Why 37 million people in the U.S. don’t have dental coverage — and the painful price they pay

The addressable market for straightening teeth is significant, said the note, with less than 1% of the company’s target market receiving care and a multiyear runway for growth. “We see a clear path to sustained top-line growth at an almost 50% 2018-23 CAGR, which we view as conservative,” said the note.

Stifel analyst Jonathan Block agreed that there is demand for the product, although he acknowledged challenges.

“To be clear, our checks among consumers identified areas of dissatisfaction, as customer service and lack of oversight [by a medical professional] were issues for a subset of respondents,” Block wrote. “That said, we saw relatively solid ratings for the overall SDC experience despite these shortcomings, as a straighter smile and whiter teeth at a $2,000 price point seemingly resonated with the majority of the company’s customers.”

Hindenburg’s Anderson wrote that the company has attracted more than 1,200 Better Business Bureau complaints in its five years of existence, and some of its practices have been deemed illegal by dental boards in Alabama and Georgia. Medical organizations, including the American Dental Association and the American Association of Orthodontists, have alleged that the company is endangering patients and is practicing medicine illegally, he wrote.

The company’s approach claims it requires no meetings with dentists or orthodontists, although dentists and orthodontists maintain that thorough oral exams are needed before undergoing any orthodontic procedure.

“We communicated with one customer who was forced to use wire cutters to remove SDC products after he struggled to breathe,” said the report. “Review sites are replete with other horror stories of customers who had to take emergency dentistry into their own hands.”

For more on Hindenburg’s report: SmileDirectClub’s stock falls and then recovers after scathing report from short seller | Read the report at HindenburgResearch.com

SmileDirect responded on Friday with a lengthy statement that hit out at “organized dentistry” and its “anticompetitive legal actions.”

“We will vigorously defend ourselves and our business model in order to continue to pursue our company’s mission to increase access to affordable, safe and convenient teeth straightening solutions,” the statement read.

SmileDirect said it would use the proceeds of the deal to pay bonuses, to fund taxes and other obligations relating to its incentive bonus agreements, to redeem LLC units from pre-IPO investors and to fund a dividend to those investors, with the rest to be spent on general corporate purposes, according to the company’s prospectus.