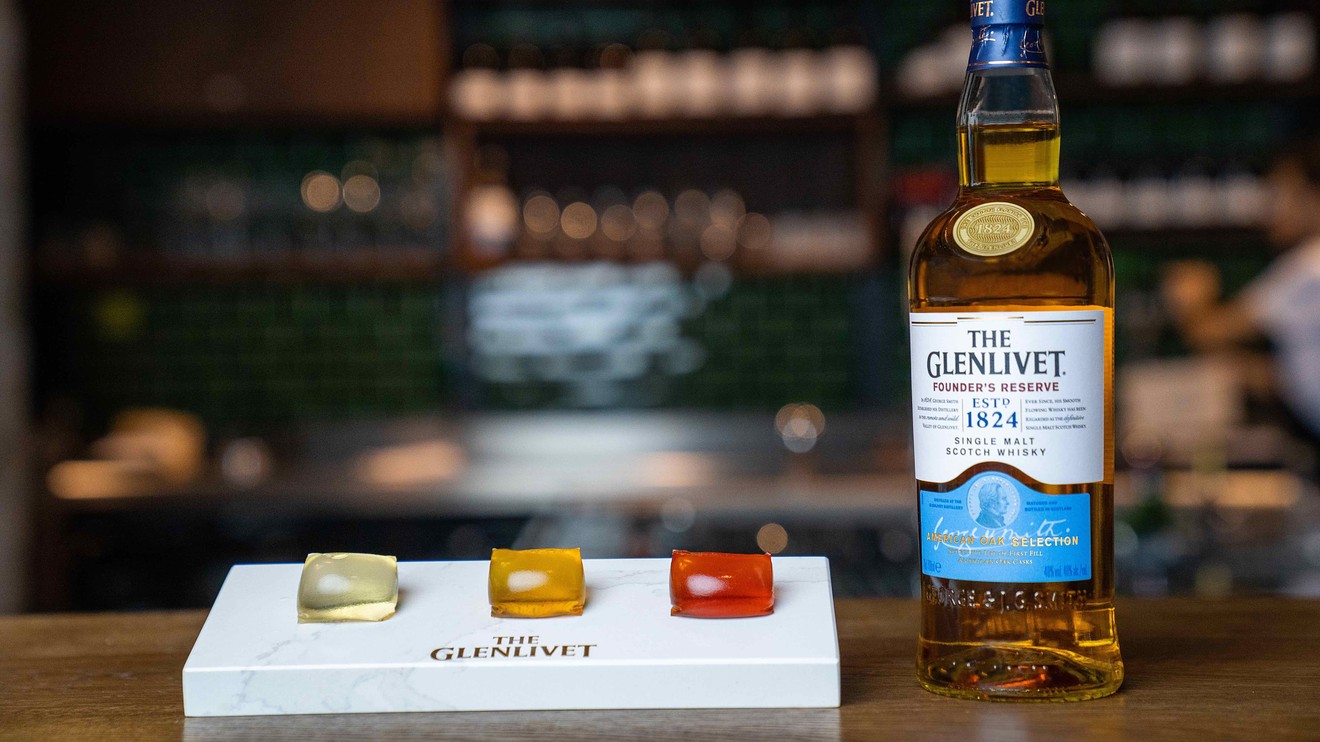 What if Tide Pods, but whisky?

In what may either be a creative bid to win millennial drinkers or just a ridiculous publicity stunt, famed single-malt Scotch whisky maker The Glenlivet last week unveiled its “Capsule Collection,” a new way of imbibing for those too lazy to pour liquid into a glass.

The unholy offering was presented to the world in a tweet, timed to coincide with London’s Cocktail Week. “No ice. No stirrer. No glass. We’re redefining how whisky can be enjoyed,” the venerable Scottish distillery said.

No ice. No stirrer. No glass. We’re redefining how whisky can be enjoyed. Introducing The Glenlivet Capsule Collection #noglassrequired pic.twitter.com/F4MGErsfZM

The booze-filled capsules, roughly the size and shape of Tide Pods (which, again, you absolutely positively should not eat, no matter what that kid on the playground says), are made from seaweed extract and “are popped in the mouth for an instant burst of flavour, and the capsule is simply swallowed,” the company said in a statement.

Each capsule contains 23 milliliters (almost an ounce) of whisky cocktail in one of three flavors, described only as citrus, wood and spice.

Smith did not immediately comment from the grave as to whether he was rolling over or not.

Some whisky fans, however, were apoplectic.

Surely this is a sick joke. Glenlivet is not a tide pod. This is an abomination. What is going on. Somebody do something @NicolaSturgeon https://t.co/qebyDjufrI

These capsule are VERY BAD for the image of scotch. In particular, you are cheapening Glenlivet. Scotch is meant to be sipped, it’s complex flavors enjoyed in micro sips. As soon as you treat it like tequila or cheap hooch, your brand is dead.

I just… People enjoy sipping fine alcoholic beverages. Nobody who is a Glenlivet customer is going to be down for weirdo edible plastic encased shots. That’s a Franzia move. Château Diana, maybe.

Not even some mythical millennial “experience seeker” demographic invented by vapid marketers:

And the conversation inevitably ended up here, because why wouldn’t it?

People are totally going to put these up their butts. https://t.co/8bc433QIDn

Other critics pointed out that the capsules don’t let imbibers add a bit of water, which enhances whisky’s flavor; that most people enjoy sipping a fine Scotch whisky rather than chugging it; and that the portability of the capsules could be negated by the need to carry it in a hard container so they don’t burst in one’s pocket.

Positive online comments were few and far between, though one offered that the capsules could be good for astronauts who want to get drunk in space, though that would likely be frowned upon by NASA.

The capsules will be served at Tayēr + Elementary, a London bar whose owner/bartenders collaborated with Glenlivet to create the cocktails, through Oct. 13. They’re not yet available in the U.S., and it is unclear if they’ll ever hit store shelves, or are a one-time concoction aimed at trolling for outrage (cough cough and publicity) on the internet.

And if the latter is the case, here’s to you, Glenlivet. Well played.