Home
Stocks
Peter Morici: How to turn a stalemate in U.S.-China trade war into victory
Prev Article Next Article 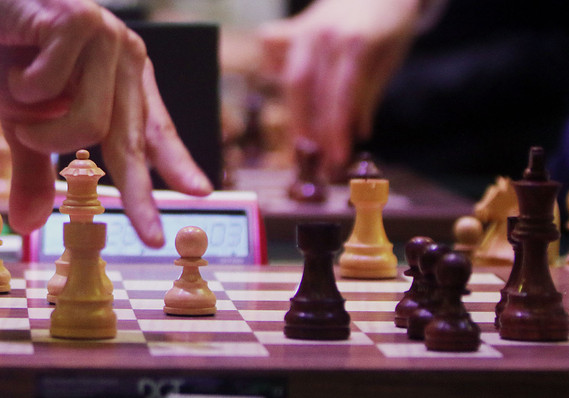 For the United States, a draw in its trade war is really a long-term defeat.

The thaw in trade tensions with China is deceptive. Recent talks mostly focus on agriculture and China is unlikely to sign any deal that does not scale back U.S. tariffs. That could take us back to square one — major U.S. complaints unresolved and China free to pursue its ambitions for wider geopolitical influence.

China will liberalize only at a pace that suits its purposes.

It may agree to purchase more U.S. farm and energy products but promises to better honor intellectual property rights, for example, have been broken in the past. Consequently, U.S. lead negotiator Ambassador Robert Lighthizer wants tariffs kept in place until he sees tangible compliance with any agreement that is signed.

All that is a recipe for stalemate or a hollow deal — more U.S. farm and perhaps energy sales in China in exchange for removing Trump’s tariffs.

Armed with an undervalued currency USDCNH, +0.2896%  , China could continue to amass dollars through a bilateral trade surplus and use those to aid authoritarian governments in places like the Philippines and Venezuela, enhance its influence through its Belt and Road initiative — for example, China is taking over a Cambodian naval base originally partially financed by the United States — and fracture European unity — Rome and Beijing have signed a memorandum of understanding to finance $2.8 in investment projects.

Tariffs on China won’t crack all this but are first steps for encouraging, not commanding, Western multinational corporations to relocate supply chains outside of China — mostly to locations in South East Asia that potentially offer better access to U.S. and European exports.

Lasting success will require cooperation from our European allies who are similarly threatened by Chinese ambitions but have great allegiance to the World Trade Organization, other multilateral institutions, and established arrangements in Europe.

Bullying them with threats of tariffs, cognitive dissonance on climate change, perhaps pulling them into a war with Iran, and advocating re-engaging Russia while it continues mischief in the Ukraine and the Middle East are foolish.

Rather our message should be simple, clear and consistent.

Kick China out of WTO

Make the case that admitting China to the WTO was a mistake. The international body is a club of democratic, market economies. Beijing has no intention of becoming either, so bump it out.

By ignoring the WTO, Trump risks, as the Washington-based Peterson Institute advocates, China and the EU teaming up to reform the body. That outcome would likely favor a statist global regime rather than free markets.

To these ends, the United States should limit purchases from China to the value of our sales there by auctioning import licenses equal to the value of our exports. American businesses say some Chinese products are essential to their supply chains but most are not, and an auction system would allocate the right to import to those firms who place the highest premium on Chinese imports.

Limiting trade with China to the essentials would curtail the funds available for its Belt and Road initiative and threatening projection of military power.

As carrots to European and Asian nations, disavow new tariff threats, re-energize efforts to accomplish a free-trade agreement with the European Union, complete the recently announced trade deal with Japan, and petition to re-enter the Trans-Pacific Partnership — a free-trade club that includes our NAFTA partners, Japan. and several other major trading nations in Southeast Asia.

During the transition in 2018, the trade team persuaded President Trump that bilateral deals should take precedence over multilateral initiatives. That only works if China is isolationist, which it is not.

The EU-China bilateral investment agreement will come into force in 2020 and Beijing is negotiating a regional comprehensive economic partnership with 15 Asian and Pacific Nations. Through these and its Belt and Road initiative, China is diversifying and expanding its export markets away from the United States.

We either re-engage with nations that have an interest in open trade, or China will lead them down a different path. MAGA can’t be defined in terms of America’s way or the highway—the world simply is too big for even Trump to conquer.