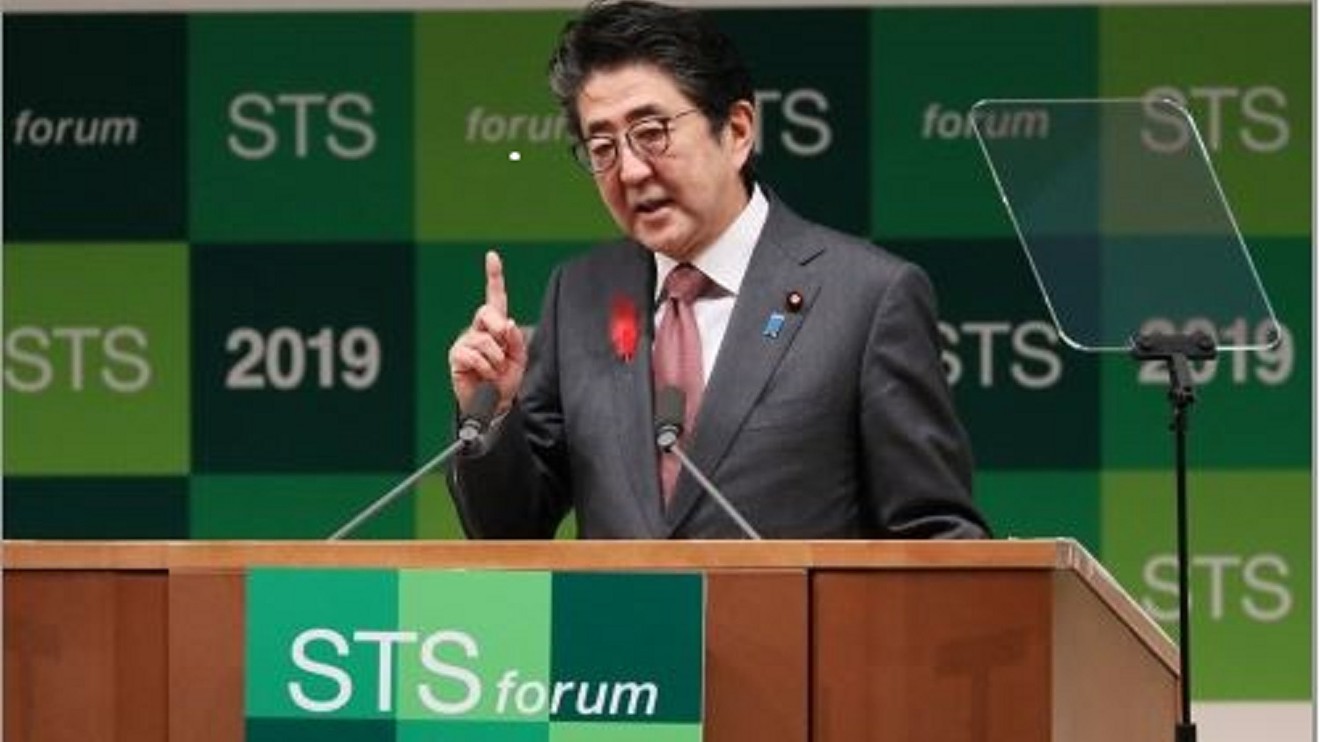 ‘Plastics have been a great equalizer connecting farmers and consumers. And because they will be necessary in the future as well, we must not look on plastics as the enemy, nor give the cold shoulder to people who use them’

That’s the position of Japanese Prime Minister Shinzo Abe, who presides over the world’s third-largest exporter of plastic waste, a country whose population uses up to 450 plastic bags per person each year.

“Without plastics, we could not have made packages of fresh food, that are easy to be shipped, and put on display at supermarkets,” Abe said Sunday at the Science and Technology in Society forum’s 16th annual meeting held in Kyoto.

“What we need is the good management of waste while calling for innovations to give us solutions,” he said.

Japan is the world’s second-largest per capita consumer of disposable plastics after the U.S., according to the United Nations’ environmental arm. The sub-group has also called out Japan’s lagging behind other advanced and developing nations in regulating plastic use. More plastic is produced per capita in Japan than in China or the rest of Asia, according to Statista.

Japan uses up to 450 plastic bags per person per year, for a national total of some 30 billion, Japanese media have reported. Recycling efforts in Japan do top those by other industrialized or industrializing nations, including the U.S., with a claim of an 84% rate for end-of-life plastics in Japan. That does include controversial thermal recycling, whereby plastic is burned, sometimes for energy.