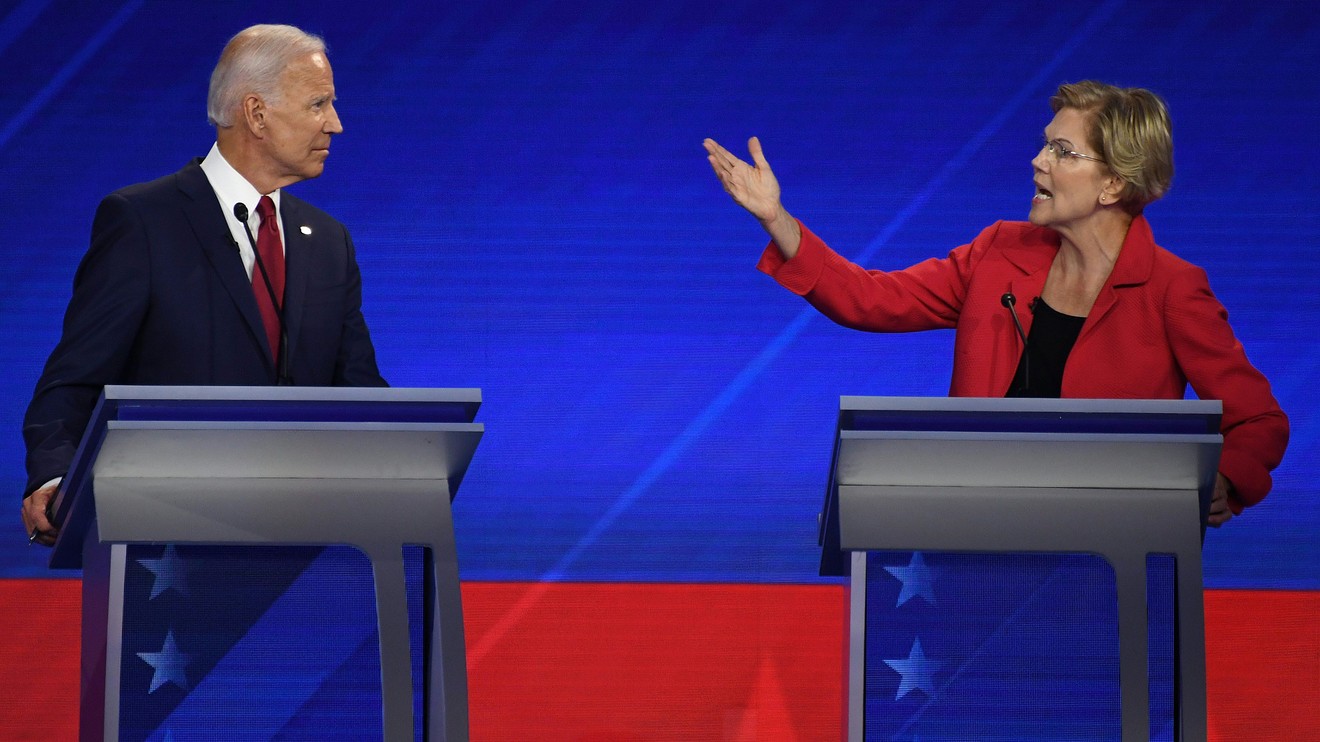 Democratic presidential hopeful Elizabeth Warren has overtaken rival Joe Biden in three straight recent polls, though she still is behind him in an average of all surveys.

Warren, the Massachusetts senator, got 27% support in a new IBD/TIPP poll, just ahead of Biden’s 26%. She also drew 26% support in an Economist/YouGov survey out last week, topping the former vice president’s 22%, and she got 28% in a Monmouth University poll vs. Biden’s 25%.

Those results have helped cut Biden’s lead in a RealClearPolitics average of polls to 26.3%, just barely ahead of Warren’s 26%. In that average of surveys as of Monday, Vermont Sen. Bernie Sanders scores 14.3% support, topping South Bend, Ind., Mayor Pete Buttigieg at 6%, California Sen. Kamala Harris at 4.8% and entrepreneur Andrew Yang at 2.8%. All other Democratic candidates hoping to challenge President Donald Trump in 2020 are at 2.3% or below.

Also read: Some 2020 Democrats are angling for the VP slot — a gambit that rarely pays off

And see: Survey of investors shows growing anxiety over Warren’s rise in polls

Biden revealed last week that his campaign raised $15.2 million in the third quarter, behind Sanders’s field-leading Q3 total of $25.3 million, Warren’s $24.6 million and Buttigieg’s $19.1 million. The quarterly fundraising figures come as a dozen Democratic presidential candidates are due to face off in an Oct. 15 debate.