Home
Stocks
Outside the Box: The GM strike is really about the switch to electric cars
Prev Article Next Article 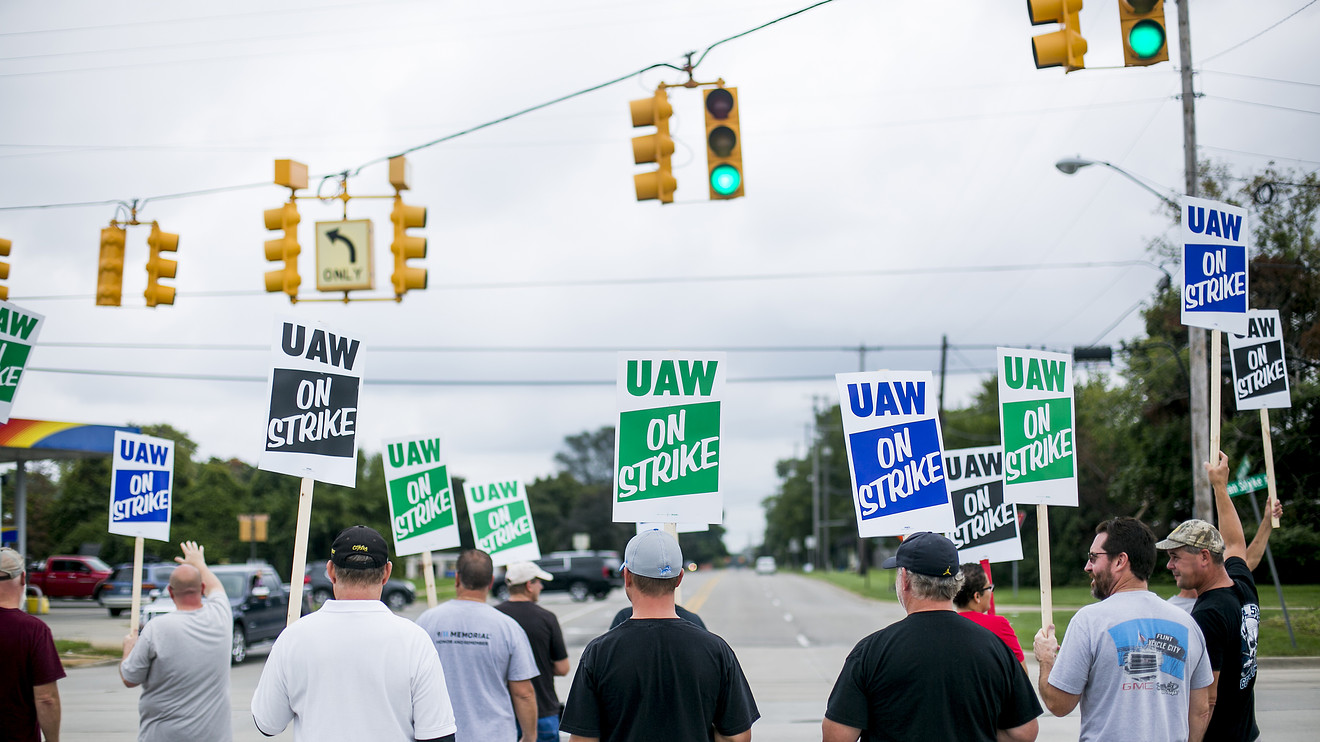 From the outside looking in, the talks between the United Auto Workers’ (UAW) striking members and the management of General Motors look like normal disagreements over pay. In reality, they’re really about the future of cars in the U.S.

UAW members’ anxieties and uncertainties are actually shared by GM GM, -0.20%  and most other automakers, which know that it’s no longer a question of when internal combustion engine cars will be replaced by electric vehicles, but how quickly the changeover will take place.

The shift to electric means a fundamental transformation of what workers will do and how many are needed to do it.

Electric cars have far fewer parts, which means far fewer people are needed to put them together. When one analyst took apart a Chevrolet Bolt and Volkswagen Golf, he found that the Golf had 125 more moving parts than its electric counterpart. What’s more, the electric vehicles’ parts are often easier to put in place using automated machines. The UAW’s own estimates that the move to electrification may cost 35,000 members to lose their jobs may not be the most scientific study ever done, but it’s also probably not far off.

GM has attempted to appease the UAW with specific promises, including the construction of an electric battery plant in one of the Ohio cities hit hardest by recent factory closings. But even this tactic has only confirmed the UAW’s worst fears: The battery plant won’t need as many workers, and GM would prefer to pay them less than what other workers make at plants that require more complicated assembly.

None of this is anyone’s fault. GM is trying to respond to a global trend that it needs to follow in order to stay relevant. The UAW is trying to protect its members. But it’s crucial that the parties work together, because they collectively represent a part of the American automotive industry that’s falling behind its global competition.

Take the year 2023, for example. The UAW and GM are negotiating a four-year contract that will expire then. Meanwhile, in Germany this week, the first hearings were held in a class-action lawsuit brought by 450,000 consumers in that country against its largest automaker, Volkswagen, over the diesel emissions scandal. Legal experts believe that the lawsuit, like the UAW’s contract, will also find its resolution in 2023.

This matters because it’s one small example of the cultural differences between American automakers and the companies they’re competing against. In Germany, the people are pushing the automaker to move away from the traditional toward new technology. That push has no parallel here in the U.S.

Timeline projections differ, but many analysts and auto executives believe that EVs will become comparable or cheaper than internal combustion vehicles by the mid-2020s, and most agree that electric cars will begin to outsell conventional ones by 2030 or the mid-2030s. And most of that EV growth is happening in China and Europe, not in the United States.

Sales of EVs in China in 2018 were higher than the rest of the world combined, and the Chinese government has invested over $60 billion to shape an automotive industry fueled by electricity. In Europe, France and Germany recently announced a partnership to invest nearly $7 billion to develop EV batteries that solve the problem of limited range.

China and Europe are two different sides of the same coin. The Chinese auto market is so new that many of its consumers are about to purchase their first car, and its automakers have no legacy attachments to combustible engines. European automakers and consumers are in the opposite position, yet both, thanks in part to heavier regulations, have come to grips more quickly with the electric transition, invested more heavily in its future, and are therefore more prepared for change.

The United States has Tesla TSLA, -0.69%, far and away the market share leader in electric vehicles. But in nearly every other case, it lags far behind.

A resolution to the strike is probably imminent. That’s good news. Better news would be an increase in the amount of collaboration between the UAW and GM, and other American automakers and the workers they employ.

What looks like a fight for today is actually a fight for future American relevance. It would just make a lot more sense if the people that we need to compete globally were working together as a team, rather than fighting each other.