Home
Stocks
Americans are not a fan of universal basic income for families, but these two G7 countries feel very differently
Prev Article Next Article 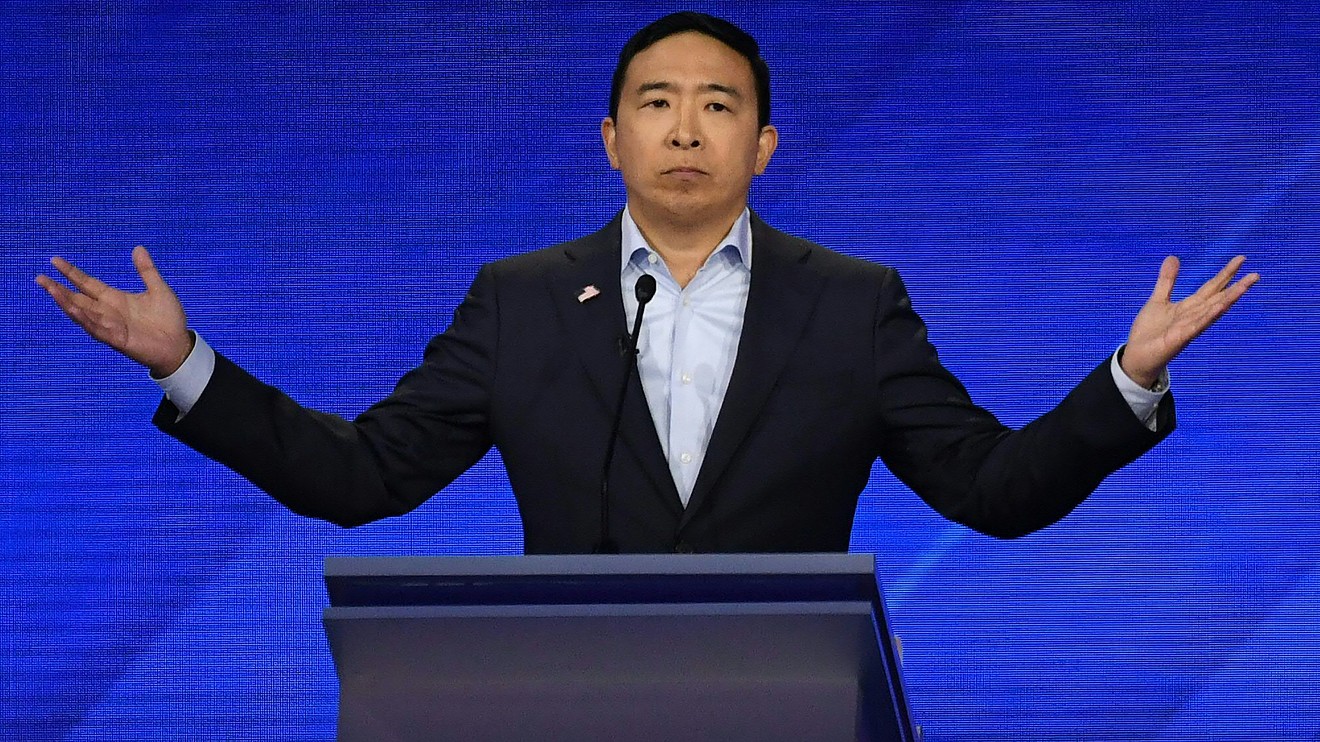 Most Americans do not favor the guaranteed-cash proposal touted by 2020 presidential contender Andrew Yang, but other countries see universal basic income differently.

Some 77% U.K. residents and 75% of Canadian residents back the idea of a universal basic income (UBI) to help workers who lose their jobs due to artificial-intelligence advancements, according to surveys published by Gallup and Northeastern University. That’s compared to just 43% of Americans.

Gallup acknowledges that the differences in support for UBI, defined in the survey as “a government-instituted program that would provide every adult with a specific amount of money each year,” could be related to the U.K.’s and Canada’s traditionally “more robust social safety nets.”

Support for UBI was higher among younger people than among their older counterparts, and women across the board were slightly more likely than men to support the policy.

American respondents with more education also showed greater levels of support for UBI than those with less education; meanwhile, respondents in Canada and the U.K. with lower educational attainment were more inclined to support such a policy.

Support for UBI was higher among younger people than among their older counterparts in all three countries, and women across the board were slightly more likely than men to support the policy.

Paying out $10,000 a year to about 300 million Americans would run a bill of more than $3 trillion a year, according to one estimate published by the Center of Budget and Policy Priorities.

As for how such a program would be funded, American UBI supporters were far more willing to pay higher taxes to bankroll it (75% compared to 53% in the U.K. and 49% in Canada). But supporters in all three countries showed similar approval (75% in the U.S., 66% in the U.K. and 67% in Canada) of the notion that companies that gain the most from progress with artificial intelligence should pony up more in taxes to pay for UBI.

Paying out $10,000 a year to about 300 million Americans would run a bill of more than $3 trillion a year, according to one estimate.

“Even in the U.K. and Canada, opinions vary among supporters about paying higher taxes to fund such programs,” the Gallup report’s authors wrote. “UBI programs would likely be more palatable in these countries if their governments were to endorse taxing tech companies to cover the bill.”

Yang, a businessman and former corporate lawyer, has made a $1,000-a-month UBI he calls a “Freedom Dividend” a defining feature of his campaign. During last month’s Democratic presidential debate, he announced onstage that he would give $1,000 a month in supporter-donated funds to at least 10 recipients for a year, having already personally funded such payments to families in New Hampshire, Iowa and Florida.

Boosters of UBI, who include Facebook FB, +0.60%  CEO Mark Zuckerberg and Tesla TSLA, -0.69%  CEO Elon Musk, believe such a program would provide Americans with a safety net and aid automation-displaced workers.

About 25% of U.S. jobs have “high exposure to automation” over the next few decades, according to a Brookings Institute analysis published in January, with more than 70% of their tasks “at risk of substitution.”