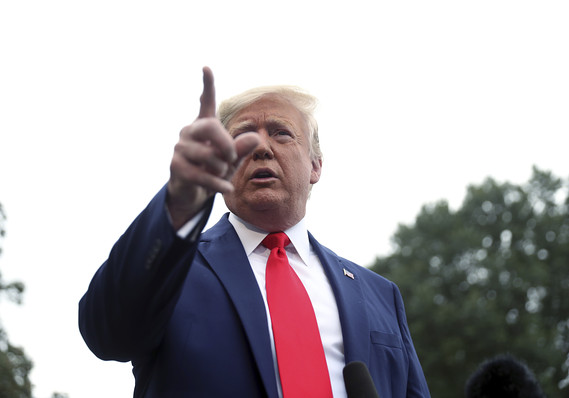 President Donald Trump on Friday invoked fresh data on unemployment to blast the impeachment effort against him, as it was revealed that U.S. diplomats pushed Ukraine’s president to investigate Joe Biden’s family.

Trump, who has previously warned of stock-market losses if he’s impeached, tweeted “Breaking News: Unemployment Rate, at 3.5%, drops to a 50 YEAR LOW. Wow America, let’s impeach your President (even though he did nothing wrong!).”

His tweet came after the government reported the U.S. economy added 136,000 jobs in September, below forecast but enough for economists to call the labor market still relatively healthy. U.S. stocks SPX, +1.11%  rose following the report.

In the latest development in the impeachment saga, text messages revealed that top U.S. diplomats encouraged Ukraine’s newly elected president to conduct an investigation linked to Biden’s family in return for a potentially high-profile visit to Washington with Trump.

A call between Trump and President Volodymyr Zelensky — in which Trump asked the leader to “look into” the Bidens — is at the heart of Democrats’ impeachment probe.

Trump has frequently denied wrongdoing in the matter. On Friday, he also said his stated request for China to probe the Bidens had no relation to a trade deal with Beijing. High-level talks are due to resume next week in Washington.

“One has nothing to do with the other,” Trump told reporters.

Sign up for Trump Today and more MarketWatch emails.