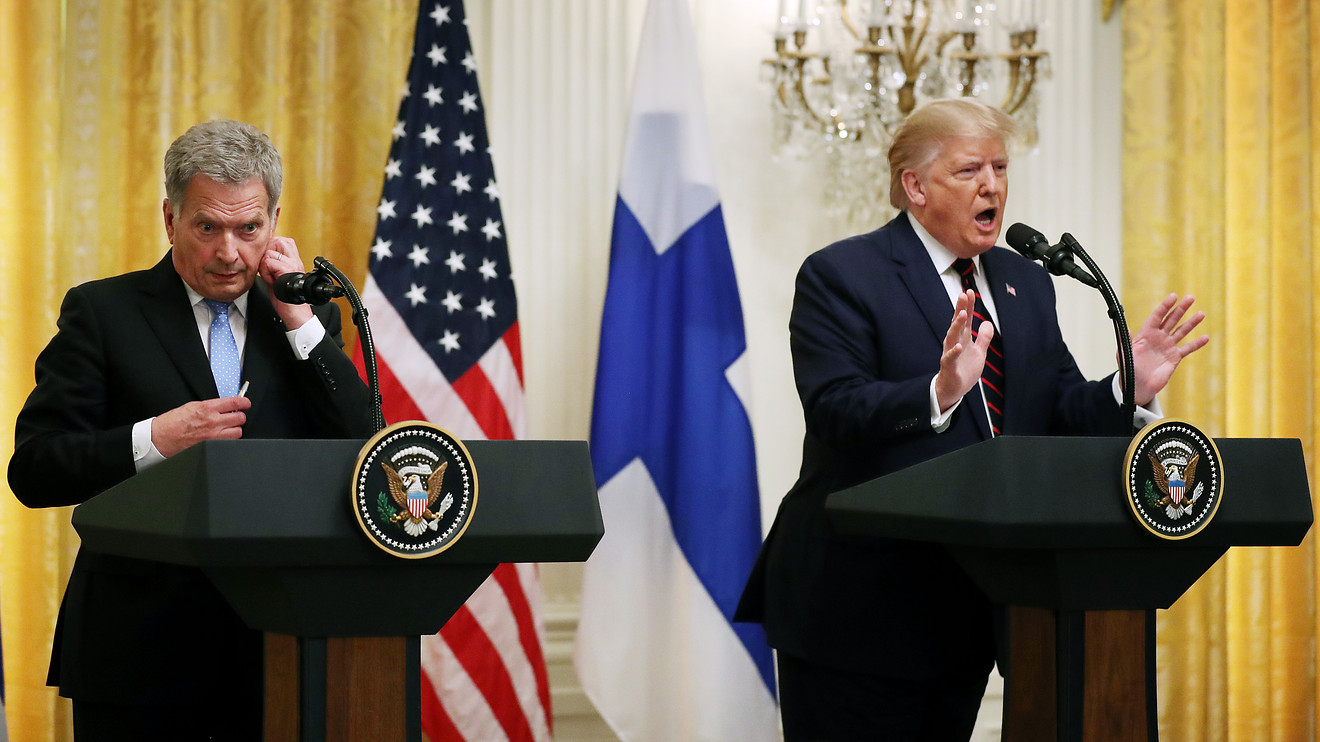 It’s easy to see why President Trump’s latest meltdown—on display for all to see in the East Room Wednesday—makes it easy for commentators to say that the 73-year old man has lost his marbles. He’s “unhinged,” they say with not a small amount of glee.

You can decide for yourself whether this is so. Meantime, I’ll offer some additional thoughts that may help explain his behavior.

I’ve said this before: Trump spent most of his life as the CEO of a privately-held company. Yes, there were those disastrous years between 1995 and 2004 when Trump Hotels & Casino Resorts was a public company (investors lost about 90% of their money, heck of a job!) . But for the bulk of his career, Trump has preferred to run things in private. This means no public accountability, no quarterly 10-Qs or annual 10-Ks to file with the feds. Immersed in this transparency-free zone for more than half a century, he has always believed that he wasn’t required to answer to anybody. And until announcing his candidacy in 2015, he was right.

And yet Trump still has not learned—much less respected—the essential fact that he has been, for three years now, a public servant. Be it city councilman, mayor, all the way up to the White House, public servants are answerable to the public. But 50 years of doing whatever you want and not having to explain any of it is apparently hard to shake. Trump won’t release his taxes, even though all previous presidents have. We have a government with three separate but equal branches. Trump heads just one of them—the executive branch—but refuses to cooperate with another—the legislative branch. As a private citizen, he called on lawmakers to investigate Hillary Clinton up the wazoo. But investigations of him now?That’s nothing more than a “witch hunt” and “harassment.” It’s all very unfair, he complains. And no one has ever been treated as poorly as him, he adds.

Trump’s half-century of no accountability and no transparency—and his rage that the American people now demand this of him, as they have every other occupant of the White House—must be seen in another light as well.

Trump has seen for decades a loose culture that has enabled white-collar criminals to inflict great damage on the American people and get away with it. Yes, there are exceptions. Going back two decades, the massive accounting scandal at Enron resulted in felony convictions of Kenneth Lay and Jeff Skilling. Lay died before he could be sentenced, but Skilling spent 12 years behind bars. Bernie Ebbers is still in prison for his role in the collapse of telecom giant WorldCom. And in 2009, Bernie Madoff got a 150-year sentence for a massive Ponzi scheme he orchestrated over many years.

But that’s just four people. You know how many people (in this country) went to jail after the near collapse of the U.S. economy between 2007-09? One. Former Credit Suisse trader Kareem Serageldin got thirty months for artificially inflating the price of subprime mortgages, a financial product at the very heart of the Wall Street collapse.

A judge called Serageldin’s conduct “a small piece of an overall evil climate within the bank and with many other banks.” And yet no one from any other bank or mortgage company that melted down—including Lehman Brothers, Washington Mutual, AIG, Indymac and Countrywide, to name but a few—ever went to prison for that “evil.”. No one. In 2012, the Treasury Department estimated the total lost household wealth at $19.2 trillion.

Prosecution of white-collar crime has been falling for years. Dr. Susan Long of Syracuse University, who tracks this, says the drop began during the presidency of Barack Obama (officials believed that executives at big banks were simply “too big to jail”) and has continued on Trump’s watch. “This year, federal prosecutors are on track to bring the fewest number of white-collar criminal cases this year in at least 33 years,” she tells me, citing government records.

Perhaps this means financial executives are better behaved? Human nature and greed being what they are makes this unlikely: “I think there’s tons more offenses out there than are being prosecuted,” Long says, saying “There are more crimes out there than there are prosecutors to look into them.”

What does this have to do with Donald Trump? I think that not taking white-collar crime seriously has helped to culturally normalize it and reinforce in the minds of executives the idea they can violate the spirit—if not the letter—of the law without fear of recrimination. This in turn fuels still more bad behavior while lowering the bar of what voters consider acceptable behavior.

And so we see Trump melting down day after day. Perhaps he’s losing his marbles. But perhaps he just doesn’t get that what he is doing is wrong.

“I hear about the word ‘impeachment,’” he told us in his news conference with the president of Finland. “I said, ‘What did I do now?’”

The late New York Senator Daniel Patrick Moynihan once warned of the danger of “defining deviancy down,” in which worse and worse behavior comes to be accepted as the norm. This explains much about how Trump—whose company has been associated with everything from housing discrimination to outright fraud— has gotten away with so much. His standards are low; his ethics non-existent. And yet he is praised by millions. This says as much about him as it does about us.