Home
Stocks
Outside the Box: What’s driving the rare simultaneous rise in gold and the dollar
Prev Article Next Article 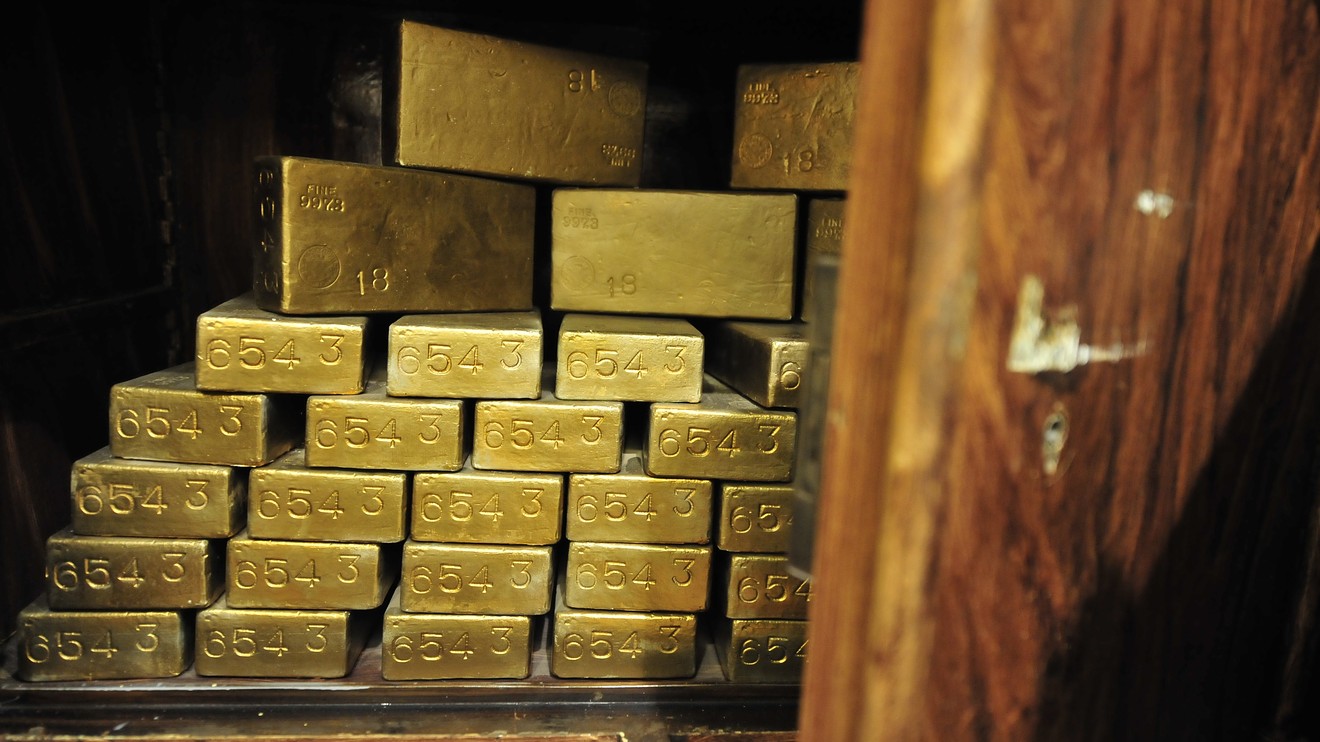 The U.S. dollar is at an all time high. Gold is rising too. That’s rare.

The Broad Trade-Weighted Dollar Index is at 130.69 at last count, after reaching its all time high of 131.57 in September. This is a broad dollar index that is weighted by trade volumes and includes the Chinese yuan as well as other emerging-markets currencies.

The US Dollar Index DXY, +0.00%, which isn’t near its all-time highs, isn’t trade-weighted and doesn’t include the yuan or other emerging-market currencies. In that regard, it is outdated and does not accurately reflect the true exchange-rate strength of the U.S. currency.

The past year has been somewhat surreal in the gold market, as we have the rare occurrence of the dollar rising in somewhat slow fashion while gold bullion has appreciated about $300 per ounce to trade near $1,500. Historically, a rising dollar and rising gold bullion haven’t gone together, but the distortions that have come with global quantitative easing policies are to blame for the breakdown in this inverse relationship (see chart).

Federal Reserve rate-cutting cycles in the past have meant a lower dollar and a boom for gold bullion. But the fed funds rate is no longer the sole determinant that pushes the dollar up or down, but also the policies of either QE or quantitative tightening.

Moreover, if the Fed is cutting the fed funds rate and the European Central Bank is accelerating QE due to the bad economic numbers from the Old Continent, the dollar will not decline, as the interest-rate differentials are still in favor of the greenback (see chart).

The 10-year Treasury TMUBMUSD10Y, -0.89% at last count yields more than 2 percentage points more than 10-year German bunds TMBMKDE-10Y, +0.46%, which are firmly stuck in negative territory. It does not help that a potential no-deal Brexit will put further pressure on the euro and the eurozone economy. This is why we have the dollar rising, due to accelerating QE from the ECB that pushes the euro lower at the same time that gold bullion is rising.

How high can gold bullion go in this environment?

Historically, as “the system” prints money via fractional reserve banking and credit multiplier effects, there is generally inflation and depreciation of the purchasing power of money. That makes gold bullion go up in terms of those depreciated dollars. For example, one U.S. dollar has roughly one-third of the purchasing power today as it did in 1980, yet gold bullion is not three times the level it was in 1980 because one can argue that at near $800 per ounce, gold bullion was overvalued back then.

The tendency of gold bullion to swing from undervalued to overvalued is what makes its comparison to the CPI index problematic. While gold bullion will appreciate with inflation over time, it certainly does not do so with the relentless linearity of the CPI Index (see chart).

Still, the excess reserves in the global financial system, which are a function of QE policies by the ECB, Bank of Japan, Bank of England and the Fed, are what has given gold enthusiasts the hope that we will make fresh all-time highs in gold bullion. Many wonder why excess reserves — produced by the buying of bonds with electronic credits and placing them on the central banks’ balance sheets — have not produced hyperinflation yet. It is because those excess reserves in dollars or euros are for financial institutions only. While they push the prices of government bonds to unreasonable levels — all the way to negative interest rates — they do not increase the broad money supply in an uncontrolled fashion. Therefore, we don’t get hyperinflation.

Such has been the dynamics of QE, so far. I do not know that we will always be able to avoid undesired inflationary effects, but so far QE politics have managed to produce negative interest rates with no inflation in Europe and Japan. Despite the lack of inflation, I think negative interest rates help gold bullion, as there is no carrying cost for this hard asset, and it offers no yield.

I think 15%-20% appreciation in gold bullion is reasonable under negative interest rates in Europe and more QE in 12 to 18 months, faster if the Fed starts doing more QE. Under a scenario where the U.S. economy enters a recession, which may be more than a year from now, I expect fresh all-time highs in gold bullion due to the willingness of the Fed to use unorthodox policy tools.

To capitalize on the rise in gold bullion, consider gold bullion ETFs that offer convertibility into physical bullion. For equities, you need to consider that large-cap gold stocks are less volatile even though the term “less volatile gold mining stock” can be legitimately challenged as an oxymoron. A large-cap gold mining ETF is the Van Eck Vectors Gold Miners ETF GDX, +1.80%.

In that regard, silver can be described as a high-beta precious metal, which is also true for silver miners. It is a smaller market and it simply takes less money to move silver prices. Because you have to be prepared for the much higher volatility compared to gold, silver probably won’t be appropriate for more conservative or risk-averse investors. A good ETF covering silver mining companies is the Global X Silver Miners ETF SIL, +1.58%.

There has been a rough devaluation in the yuan against the dollar from about 6.20 to about 7.20 per dollar since the trade war started in 2018. The yuan’s exchange rate is controlled by the Chinese central bank as it has $3.1 trillion in foreign-exchange reserves. Should the Chinese central bank directed by Beijing push the yuan further down, that would cause global inflation to drop and local Chinese inflation rates to increase.

Devaluing the yuan is bullish for gold, as that causes a deflationary shock globally and causes central banks to do more QE. Ironically, QE hasn’t worked very well in either Europe or Japan other than to help push trillions of government bonds into negative yield territory, but those negative yields have helped the price of gold bullion and kept the dollar strong due to the still-positive interest rates in the U.S. (For more, see “China has a silver bullet in its trade-war arsenal”).

In the brave new world of trade wars and negative interest rates in Europe and Japan, the combination of a strong U.S. dollar and well-bid gold bullion are no longer the exception but the norm.

Ivan Martchev is an investment strategist with institutional money manager Navellier and Associates.